With Valentine’s Day nearly here, the Newscripts gang decided to cast about for tales of chemistry and romance for this week’s column. What our search yielded was more of a sidelong look at how love and chemistry occasionally mix.

Take, for example, the November 2012 report “Internet-Ordered Viagra is Rarely Genuine,” in the Journal of Sexual Medicine (DOI: 10.1111/j.1743-6109.2012.02877.x), brought to our attention by the wags at the Annals of Improbable Research. Researchers at Pfizer—who make the famous little blue pills—decided to throw caution to the wind and see what would arrive (in the mail and presumably on their credit card bills) when they bought “Viagra” from 22 vendors claiming to sell the drug giant’s product.

What they found, not surprisingly, is that most of what they bought was counterfeit, with 17 of the 22 samples containing only 30 to 50% of the active pharmaceutical ingredient the labels said they held. Their conclusion: “Caution is warranted when purchasing Viagra via the Internet.”

Another study published late last year brought new insight to the love life of that most repugnant pest—the bedbug. Ole Kilpinen and colleagues at Denmark’s Aarhus University felt that analyses of bedbug messaging chemicals were missing something: video. 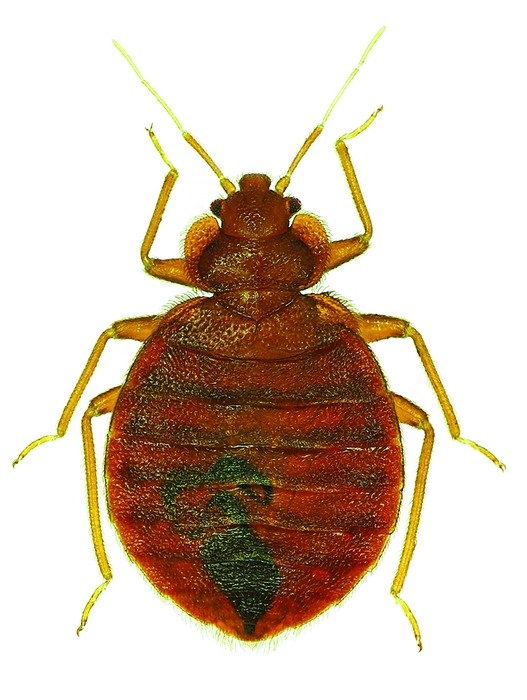 Kilpinen and coworkers combined video recordings of bedbugs with proton-transfer-reaction mass spectrometry to learn which of the creepy crawlies’ activities resulted in the production of their characteristic rotting-raspberry stink (PLoS One, DOI: 10.1371/journal.pone.0050981).

It turns out that bedbugs produce the most volatiles during attempts at mating. But it’s not an attractive perfume they’re giving off. Rather, females (and sometimes males) spray (E)-2-hexenal and (E)-2-oct­enal to deter unwanted advances. The critters can produce as much as 40 μg of the defensive mixture, which is an awful lot for a bug that weighs just 5 mg.

Although the headline is chronologically correct, Patrick Priebe, the titular chemist, tells Newscripts that the breakup didn’t prompt him to turn from love to lasers. “I was tinkering with lasers when she was with me,” he says, “and when she was gone I wasn’t even in the mood to tinker.”

But eventually Priebe, who lives in Wuppertal, Germany, missed messing around with lasers, so he decided to make a pulse laser gun. He posted a video of the device on YouTube under the handle AnselmoFanZero, and someone wanted to buy the thing. And that’s how his business, Laser Gadgets, was born.

Since then, Priebe has made all manner of laser-guided devices. A wrist-mounted crossbow with laser sight caught the eye of prop maker QMx’s CEO, and now Priebe has even made a prop for “Warehouse 13,” a series on the Syfy channel. His latest invention, the Iron Man-inspired glove, is equipped with two 1.2-W blue lasers and two 4-mW red lasers, which Priebe uses to burst black balloons.

Priebe trained as a performance coatings chemist, but he was let go from his job in September and has since worked with Laser Gadgets full-time. Although he’s met a new love interest through his YouTube videos, perhaps Priebe’s Valentine’s Day this year will be about loving his work. “Doing whatever I want, whenever I want,” he says, “is just what I want.”

Synthesis
Chemistry in Pictures: Be still, my giant rotovap
Education
Hands-off Parenting, The Dietetics Of Dreaming
Education
Bogus Research, Even-More-Bogus Researcher
Share X
To send an e-mail to multiple recipients, separate e-mail addresses with a comma, semicolon, or both.
Title: Pretender Pills, Spurned Bedbugs, Lasers For The Lovelorn
Author: Bethany Halford
Chemical & Engineering News will not share your email address with any other person or company.