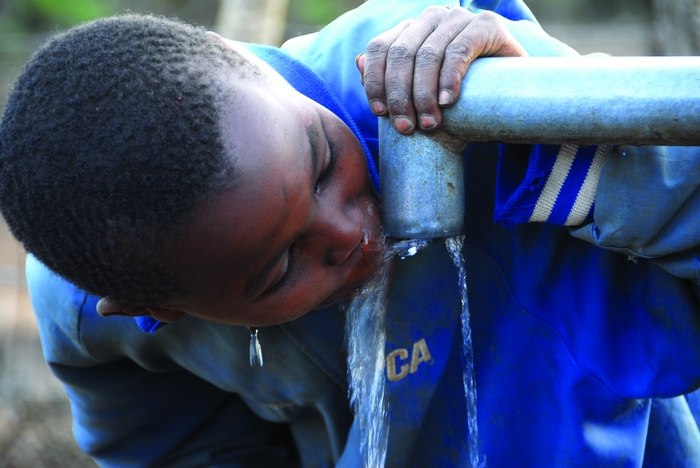 Human rights and science are not topics that people often associate. But science can play an important role in protecting human rights. For example, scientists can use their knowledge to help study the impacts of climate change on specific groups or to identify missing persons.

This link is at the core of the American Association for the Advancement of Science’s Science & Human Rights Coalition. The coalition, an initiative of the AAAS Scientific Responsibility, Human Rights & Law Program (SRHRL), is made up of approximately 50 scientific and engineering organizations and more than 70 individuals.

Chemists and other scientists can offer a valuable perspective to human rights issues, according to Jessica M. Wyndham, associate director of SRHRL. “Chemists come with specific skills and expertise that only they can bring to certain challenges,” she explains, adding that she hopes that through the efforts of the AAAS coalition, scientists will think about those challenges, through a human rights lens. “Human rights is about much more than just doing good; it’s about specifically and explicitly using the human rights framework as the basis for your work, and for your interventions.”

The coalition hosts meetings twice a year on topics ranging from forensics to ethical dilemmas to the rights of indigenous communities (C&EN, Feb. 13, 2012, page 35). At its most recent meeting, held last month, the focus was on science and children’s rights. Science can make numerous contributions to protecting the rights of children by, for example, reducing environmental pollution and providing safe drinking water.

The protection of children’s rights is at the heart of many human rights efforts, most notably the 1989 United Nations Convention on the Rights of the Child. This UN effort “was really the first comprehensive treaty to address the full range of children’s rights,” according to Jo Becker, advocacy director for Human Rights Watch’s children’s rights division.

“As the UN children’s rights framework has developed, it has also brought a real shift in thinking, away from perceiving children simply as objects of aid or assistance and toward a recognition that they are autonomous beings, entitled to a voice and entitled to a say over their own lives,” Becker says.

Heather D. Gingerich, who is pursuing a Ph.D. in environmental science at the University of Guelph, says she attended the recent coalition meeting to find ideas on how to apply her research on drinking water chemistry and maternal and child health outcomes to human rights.

“Everybody wants to think their work is going to make the world a better place. But I think a lot of times people just don’t know how to help or what the problems are because they’re so focused on their research,” she says. “I’d like to find out how I can help decisionmakers make better decisions using science.”

For some chemists, attending meetings on human rights issues offers an opportunity to delve into unfamiliar territory. “Understanding human rights issues is something that’s been a gap in my training,” says Emily Grumbling, a Ph.D. chemist and AAAS science and technology policy fellow at the National Science Foundation. “I want to expand my knowledge base and my level of awareness of the things that are happening and what other scientists have felt they can do to engage. I want to learn how I can contribute.”

Other chemists use such meetings to build on what they learned at previous gatherings. “When I attended the very first meeting of this coalition three years ago, my knowledge of human rights was almost nonexistent,” says Jeffrey H. Toney, provost and vice president for academic affairs at Kean University. “I really had no understanding of these topics. For me, it’s been educational. It makes me think differently about how I can apply my skills as a chemist and as an educator to these human rights issues.”

David J. Proctor, a Ph.D. chemist and AAAS science and technology policy fellow at NSF, agrees. “Within the research community, you’re always looking for new hypotheses, new experiments to run, new ideas to pursue, and this is a way to inspire a different perspective.”

Funding agencies such as NSF could play a role in broadening scientists’ knowledge and understanding of human rights, Proctor points out. “One thing you can do is make human rights a legitimate broader impact that gets evaluated for funding,” he says, referring to the broader impacts statement that is required for agency grant proposals.

The American Chemical Society, which is a member of the coalition, offers many opportunities for chemists to get involved in preventing human rights abuses, such as through its Scientific Mobility & Human Rights effort.

In addition, ACS “can lend assistance to other organizations that are looking for the knowledge that chemists can bring to bear on certain issues that they’re trying to address and don’t have the expertise on,” says Larry K. Krannich, chair of the ACS Committee on Professional & Member Relations, which oversees ACS’s human rights activities.

The next meeting, on the rights to scientific progress, will take place on July 11–12 in Washington, D.C.