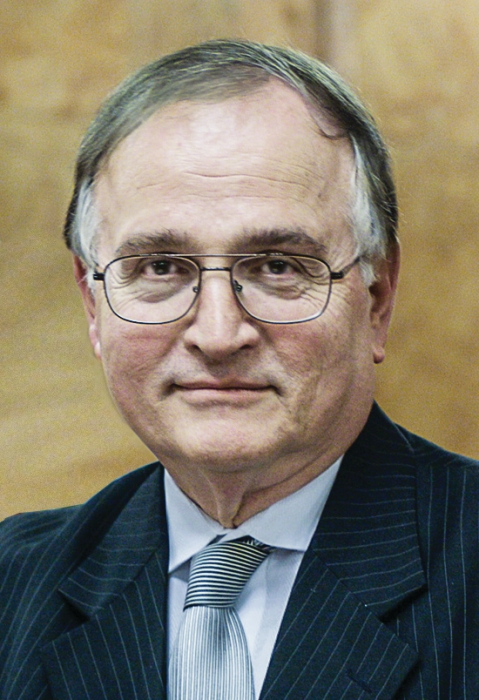 As a child growing up in Greece, Nicholas A. Peppas, now the Fletcher Stuckey Pratt Chair in Engineering at the University of Texas, Austin, loved the classics. But he also felt the tug of chemistry. He inherited a collection of chemistry books from his grandfather, a chemistry professor at the Commercial Academy of Athens.

“His writings were an inspiration to me, and his books—all in German, published in the 1860s to 1880s—were my first chemistry books,” Peppas says. When Peppas attended the National Technical University of Athens as an undergraduate, chemistry prevailed over archaeology. He received his degree in chemical engineering in 1971.

That year, Peppas came to the U.S. as a graduate student at Massachusetts Institute of Technology, where he studied under Edward W. Merrill. “Ed instilled [in] all of us the idea that the principles of engineering and physiology could be applied to the solution of important medical problems,” Peppas wrote in his award address for the 2012 National Academy of Engineering’s Founders Award. And Peppas has been doing that ever since.

Peppas, 65, is “the internationally recognized leader in the area of biomedical applications of polymeric hydrogel networks,” says Christopher N. Bowman, a professor of chemical and biological engineering at the University of Colorado, Boulder, who was a graduate student under Peppas. The applications of Peppas’s work include controlled drug delivery, molecular imprinting, biosensing and biorecognition, bionanotechnology, and biomedical devices. “He has a unique talent of achieving fundamental insights into polymer materials fabrication and modification, polymer thermodynamics, polymerization kinetics, and transport behavior—and then applying that knowledge to the development of improved materials, material performance, and biomedical devices that have practical impact.”

The approaches Peppas developed have improved the understanding of polymer systems to an extent that has allowed the use of simplified models, says Richard W. Korsmeyer, a senior research fellow at Pfizer in Groton, Conn., who was also a graduate student in Peppas’s lab. “I can testify from personal experience that the simplified models are frequently used in an industrial context.”

Peppas received his Sc.D. in chemical engineering from MIT in 1973. After postdoctoral research in arteriosclerosis at MIT, he joined the faculty of Purdue University in 1976 as an assistant professor in the School of Chemical Engineering. He rose through the ranks, being promoted to associate professor in 1978, full professor in 1982, and being named Showalter Distinguished Professor in 1993. He moved to UT Austin in 2003.

Peppas will present the award address before the Division of Polymeric Materials: Science & Engineering.