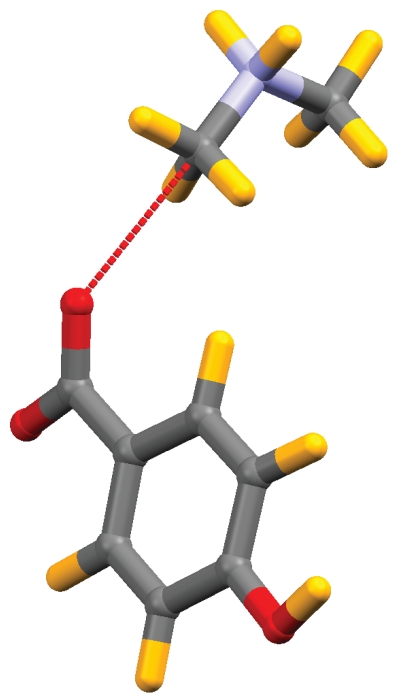 In the realms of supramolecular chemistry, crystal engineering, and biology, noncovalent interactions play a critical role in shaping three-dimensional structures. Hydrogen bonds are the most well recognized and understood, but researchers increasingly appreciate the importance of halogen bonds—in which halogen atoms can act as electrophiles, just like hydrogen.

The critical electron distribution in molecules that makes halogen bonds possible doesn’t stop at group 17 of the periodic table. It also extends to the chalcogens (group 16), pnictogens (group 15), and what some call the tetrels (group 14). A spate of recent work focuses on group 14 noncovalent bonds, particularly those made by carbon. A better understanding of these noncovalent carbon bonds could help identify and deduce why molecules small and large form the structures that they do.

The noncovalent carbon bond “represents an interesting addition to the many different forces that have to be taken into consideration when we try to establish how a discrete molecule will recognize, bind to, and communicate with other molecules in its vicinity,” comments Christer B. Aakeröy, a chemistry professor at Kansas State University. “It is fair to assume that this interaction is not going to control primary recognition and assembly; however, weaker forces can certainly provide enough energy to steer a molecule into a particular part of its structural landscape.” Aakeröy suggests that noncovalent carbon bonds may help determine how pharmaceuticals and agrochemicals solidify into different crystal forms. 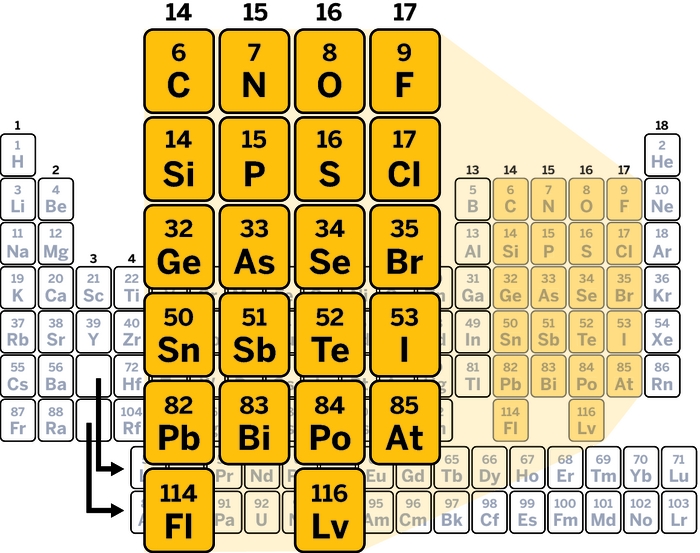 σ Holes arise on molecules when electron distribution shifts toward a covalent bond, producing a region of positive electrostatic potential (red) on the element identified in red in the formulas above. Group 14–17 elements may all develop electrophilic σ holes, enabling noncovalent bond formation.

The electrophilic region on halogens results when a halogen makes a covalent bond with another atom, causing the electron distribution around the atoms to shift toward the bond. The shift in electron distribution leaves an area of diminished electron density on the side of the halogen that is opposite the bond. That area is called a σ hole because it arises opposite a σ bond. Its positive electrostatic potential can attract a nucleophile, forming a non­covalent interaction called a σ-hole bond.

The strengths of σ-hole bonds from elements in groups 17–14 are comparable to hydrogen bonds on the basis of their calculated electron density. Elements further down in a group generally form stronger σ-hole bonds, as the atoms become larger and more polarizable (Phys. Chem. Chem. Phys. 2013, DOI: 10.1039/c3cp00054k). σ-Hole bonds are also highly directional and occur in line with the covalent bond that causes them.

Moving right to left across the periodic table, the increased number of covalent bonds around an atom means that interactions from other parts of a molecule can affect σ-hole bonds. “When you have a halogen, you have less chance of other simultaneous interactions. As you go to groups 16, 15, and 14, the chance of other interactions increases,” says Jane S. Murray, president of computational research company CleveTheoComp, in Cleveland. Those additional interactions can promote or prevent σ-hole bonds, depending on the situation.

More than 1,300 possible noncovalent carbon bonds between C and O, N, F, S, and Cl atoms emerged when a group led by T. N. Guru Row, a professor of solid-state chemistry at the Indian Institute of Science, analyzed the Cambridge Structural Database (Chem. Commun. 2013, DOI: 10.1039/c3cc47226d). Studying the structure of dimethylammonium 4-hydroxybenzoate in detail, the team found a clear bond path between a dimethylammonium carbon and an oxygen of the benzoate’s carboxylate group.

In other molecules, noncovalent carbon bonds may be the force behind some ill-defined phenomena, such as the “hydrophobic” or “entropic” effect thought to bring together hydrophobic molecules and water, according to work by Elangannan Arunan, a professor of physical chemistry at the Indian Institute of Science, and colleagues (Phys. Chem. Chem. Phys. 2013, DOI: 10.1039/c3cp51658j). Arunan and other researchers also suggest that noncovalent carbon bonds are the specific force that stabilizes intermediates in SN2 reactions, in which a nucleophile reacts with an aliphatic carbon center, causing loss of an electronegative leaving group with inversion of stereochemistry (Phys. Chem. Chem. Phys. 2013, DOI: 10.1039/c3cp53369g).

Further down in group 14, other scientists have looked at X-ray structures of compounds containing supramolecular assemblies of silicon, germanium, and tin and found evidence of σ-hole bonds (Angew. Chem. Int. Ed. 2013, DOI: 10.1002/anie.201306501).

As for the nature of σ-hole bonds, “basically we view them as primarily electrostatic,” says Peter Politzer, a chemistry professor at the University of New Orleans. Politzer advised Murray as a graduate student and continues to collaborate with her.

But, especially with larger atoms, σ-hole bonds seem to incorporate dispersion, charge transfer, and possibly even some covalent character. “All of them play a role,” Arunan says. Further study will undoubtedly lead to better understanding of the nature of these bonds, as well as their roles in building three-dimensional molecular structures.

Proteomics
Unusual hydrogen bond plays a bigger role in proteins than chemists realized
Physical Chemistry
All triple bonds are not the same
Physical Chemistry
Californium Shows Covalent Characteristics
Share X
To send an e-mail to multiple recipients, separate e-mail addresses with a comma, semicolon, or both.
Title: Defining A New Carbon Bond
Author: Jyllian Kemsley
Chemical & Engineering News will not share your email address with any other person or company.