Restructuring For Real In Japan

Pressured by high costs and a shrinking home market, producers are getting serious about slashing unprofitable businesses

After years of postponing the inevitable, Japanese producers of petrochemicals and other basic chemicals are finally making decisive moves. One after another, major commodity chemical makers have been announcing the closure of unprofitable Japanese plants that face dim prospects of any business turnaround.

The latest closure announcement, made last month, concerned acetone and phenol plants in Chiba, Japan, that are jointly operated by Mitsui Chemicals and the oil refiner Idemitsu Kosan. That announcement was notable because it involved facilities that went into operation in 1990, making them relatively young by the petrochemical industry’s standards. Mitsui also announced the closure of facilities producing polyurethane in Japan. 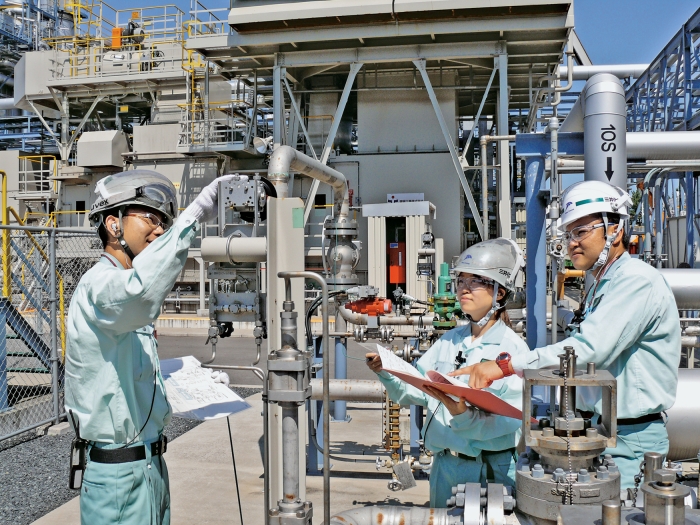 Credit: Mitsui Chemicals
Although Japanese companies are downsizing their petrochemical operations, they are doing so without layoffs.

Although it became obvious some two decades ago that Japanese companies needed to get rid of plants making commodity chemicals on their expensive home turf, they have been slow to act. It’s only in the past three years, as several of the largest Japanese chemical makers reported large financial losses, that meaningful shutdown plans are being made. Companies are shifting their focus to advanced materials and chemicals for which they have developed proprietary manufacturing techniques.

“If you look at the petrochemical industry in Japan, it is without a doubt on its way down,” says Tetsuo Nishide, director general of the Japan Chemical Industry Association (JCIA). “However, the total sales of Japanese chemical companies are not in decline once you include the business turnover of all their products and include both Japan and abroad.”

A look at statistics about ethylene production capacity and demand reveals the state of overcapacity in the Japanese petrochemical industry. Ethylene is often considered a proxy for the industry writ large because it is used in a wide range of downstream materials.

It’s unlikely that demand for Japanese petrochemicals will strengthen in the near future. Domestically, demand is steadily declining because auto and appliance manufacturers, which are the main users of petrochemicals, are steadily leaving the country. And Japan-based producers are uncompetitive abroad because of the high costs associated with making petrochemicals in their country.

Major downsizing announcements have been made in Japan’s petrochemical industry.

August 2013
Mitsubishi Chemical and Asahi Kasei agree to close Asahi’s 500,000-metric-ton ethylene cracker in Mizushima and to rely on a similar-sized Mitsubishi cracker at the same site.

“We are disadvantaged with respect to feedstock availability, the high value of the yen, corporate taxes, carbon taxes, high energy costs, and inflexible labor practices,” Nishide points out.

The cost of energy has been particularly crippling since the closure of all Japanese nuclear reactors that followed the Fukushima nuclear disaster of March 2011, observes Tsutomu Tannowa, a senior executive at Mitsui who will become president and chief executive officer of the company next month. “We must solve this electricity issue in order to see the recovery of manufacturing businesses in Japan,” Tannowa says. Electricity costs twice as much in Japan as it does in the U.S. and three times as much as in neighboring South Korea.

Despite the country’s high costs, Japanese chemical companies remain competitive in many specialty chemicals that require proprietary know-how, such as high-performance elastomers and materials used in flat-panel displays, JCIA’s Nishide says. “Japan is not suited anymore to the production of petrochemicals, just as it is no longer competitive in the production of memory chips,” he says. “Yet Japan has remained a strong global supplier of all sorts of materials used in making various types of semiconductor chips.”

That Japan’s chemical industry needs to change is old news. As far back as the late 1990s, Japanese executives were telling C&EN about the need to restructure the sector.

What’s surprising is that Japan took so long to make serious attempts at reorganizing the industry, says Paul Harnick, global chief operating officer for chemicals and performance technologies at the consulting firm KPMG. Three years ago, Harnick coauthored a study that highlighted the need for Japanese companies to shut down petrochemical facilities and pursue other opportunities. “The sort of things we were talking about back then, it finally seems to be happening,” he says.

Closing a major chemical plant is never a simple task, whether it’s in Japan or elsewhere, Harnick acknowledges. Before any plant closure can proceed, companies need to consider what they will do about their employees and their contractual obligations to customers and suppliers. In many cases they must also obtain the agreement of joint-venture partners.

The complexity is no greater in Japan than it is elsewhere, Harnick says. But cultural differences play a role. “In Japan, there is a long-standing tradition and business practice where large corporations don’t like to be seen downsizing” or cutting jobs, he notes.

At Mitsui, for example, no employee will be laid off when the phenol, acetone, and polyurethane facilities cease to operate, Tannowa says. Laying off employees, he explains, is impractical both financially and in terms of the harm it does to labor relations. “It is not wise to conduct such layoffs,” he says. The 200 or so employees affected will be redeployed, and Mitsui will lower its headcount over the coming years through natural attrition.

In addition to hanging on to unprofitable facilities, Japanese firms have been slow at internationalizing their operations, Harnick notes. “There’s a huge amount of good-quality IP in the Japanese chemical industry,” he says, referring to intellectual property. “One thing that Japanese chemical companies haven’t done is to utilize that to go outside Japan, especially in emerging markets.”

Japanese companies are starting to follow their Western peers and are making more concerted efforts to go abroad, Harnick says. “Over the past 12 months, almost without fail, every merger and acquisition auction process in the U.S. has attracted one or two Japanese bidders.”

On the home front, efforts to reorganize the petrochemical industry will continue, JCIA’s Nishide says. Since December, he notes, a new law called the Industrial Competitiveness Enhancement Act has made it easier for companies in Japan to merge operations with those of their competitors. “There will be more announcements of closures,” he predicts.

Despite the recent spate of closures, the pace of restructuring in Japan remains too sluggish, charges Yoshihiro Azuma, a securities analyst at the investment bank Jefferies who covers the Japanese chemical industry.

He points to Asahi Kasei as one company that is making quick progress in eliminating unprofitable Japanese chemical operations. But other major firms aren’t. “Mitsubishi Chemical is too slow, Mitsui Chemicals is too slow, Teijin is too slow,” Azuma says. “They need to shut down more petrochemical facilities, but it’s all taking a lot of time.”