On anniversary, awardees reminisce on the award and the field it honors 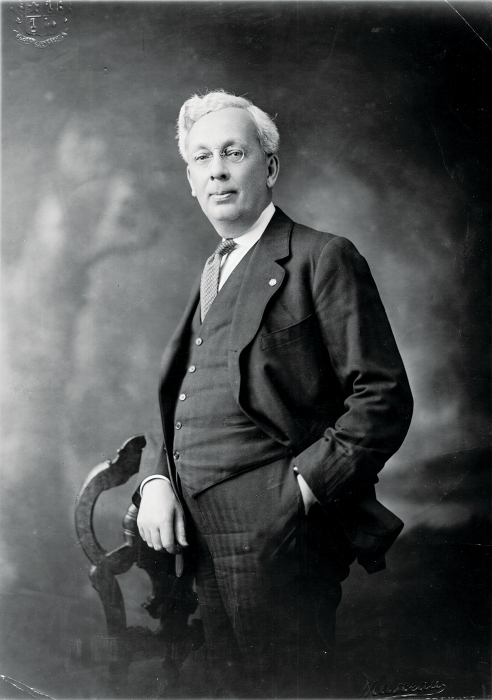 Credit: MIT
Norris’s bequest has funded a half-century of honors.

Last year, while coorganizing a Division of the History of Chemistry symposium on physical organic chemistry for last month’s American Chemical Society national meeting in Dallas, chemical history specialist Jeffrey I. Seeman of the University of Richmond realized that 2014 is the 50th anniversary of the James Flack Norris Award in Physical Organic Chemistry.

In honor of this golden anniversary, Seeman and E. Thomas Strom of the University of Texas, Arlington, coorganized “Fifty Years of the James Flack Norris Award,” a symposium cosponsored by the ACS Division of Organic Chemistry, 2014 ACS President Thomas J. Barton, and ACS’s Northeastern Section.

Physical organic chemistry is the use of physical methods to study relationships between the structure and properties of organic compounds, particularly their reactivity. The session featured presentations by Norris awardees and included a panel discussion on the importance and future prospects of the field.

The ACS Northeastern Section established the Norris Award in 1963 to honor outstanding achievements in the field. But James Flack Norris, whose most significant achievements were in chemical education and service to the chemical community, was an unlikely inspiration for an award in physical organic chemistry.

Norris earned a Ph.D. in organic chemistry in Ira Remsen’s group at Johns Hopkins University in 1895. He joined the Massachusetts Institute of Technology faculty that year and married Anne Bent Chamberlin a few years later. In 1904, he started a new chemistry program at Simmons College, in Boston, and returned in 1915 to MIT, where he remained for the rest of his career. He served two consecutive terms as president of ACS, in 1925 and 1926.

Norris’s research “was broadly interesting and important,” wrote John D. Roberts of California Institute of Technology in a 1974 Norris memoir, but it “hardly had the impact of the work of some of his contemporaries. Instead, he was most notable for the master’s and Ph.D. students he produced, some of whom became influential; for his public and professional service; and for four chemistry textbooks that he wrote.”

Some of Norris’s 70 scientific papers did involve early work in what would today be called physical organic chemistry. For example, his group carried out controlled studies on reaction rates of alcohols with acyl halides. “Norris had the prescience to be at the forefront of the still-developing area of making comparisons of organic reactivity under controlled conditions,” Roberts wrote.

Still, Norris’s name does not grace the physical organic chemistry award because he did blockbuster work in that field. Rather, it is because of an estate bequest. Norris died in 1940; his wife died in 1948. A portion of their estate, primarily from royalties on Norris’s chemistry textbooks, was bequeathed to the ACS Northeastern Section.

The bequest was used initially to fund an annual award for outstanding achievement in chemistry teaching. The first was given in 1951, and the Norris education award has been granted annually ever since. But in 1963, the bequest had grown so large that a committee was formed to consider additional ways to make good use of the money. The establishment of a second annual award, this time in physical organic chemistry, was a result.

Over its history, the scope of physical organic chemistry “has encompassed experimental studies of reaction mechanisms, the conformations and structures of molecules, instrumental spectroscopic analyses, gas-phase reactions, and computational simulations, and it now provides fundamentals underlying biochemical and materials research,” said symposium presenter Paul von Ragué Schleyer of the University of Georgia.

Physical organic chemistry gained greater legitimacy as the importance of its research achievements became increasingly apparent, and the Norris Award tracked that progress. The first Norris awardee, in 1965, was Christopher Ingold of University College London. Ingold studied nucleophilic substitution reactions and found them to have two possible mechanisms, which he and UCL colleague Edward David Hughes named SN1 and SN2 reactions.

Sir Robert Robinson of Oxford University, “the great synthetic organic chemist who won the Nobel Prize in Chemistry in 1947, apparently disliked Ingold,” Greenberg said. Some believe he may have worked behind the scenes to discourage Ingold’s being given the prize, although “I don’t think there is any real evidence for that,” Greenberg said.

Hammett became the second Norris awardee. In 1966, he developed the Hammett equation, relating reaction rates to equilibrium constants for some aromatic reactions. “Hammett’s 1940 monograph, ‘Physical Organic Chemistry,’ effectively coined the name of the then-emerging field,” von Ragué Schleyer said. Arnett noted that it was written so authoritatively and elegantly that “it maintains its rigor and clarity and contains essentially no errors.”

Honorees such as John I. Brauman have focused on key distinctions between reactions in solution, the conventional domain of physical organic chemistry, and in the gas phase, where molecules and ions behave very differently. And Norris Award winners such as George M. Whitesides, Josef Michl, and Ben L. Feringa have expanded the field into materials science and nanotechnology.

“It now imbues so many fields of chemistry to such an extent that perhaps it’s not as easily recognizable as it used to be” as an independent area of research, Greenberg said. But the Norris Award continues to recognize the field’s achievements and will likely continue to do so well into the future.

Profiles
9 Black chemists you should know about
Obituaries
Obituary: Arthur D. Broom
Share X
To send an e-mail to multiple recipients, separate e-mail addresses with a comma, semicolon, or both.
Title: ACS Meeting News: Fifty Years Of The James Flack Norris Award In Physical Organic Chemistry
Author: Stu Borman
Chemical & Engineering News will not share your email address with any other person or company.