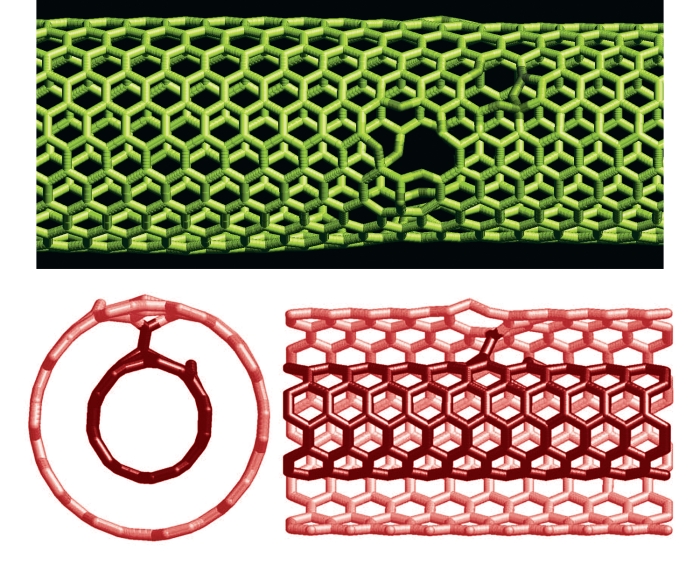 We rely on satellites and airplanes as well as nuclear reactors and implantable medical devices for essential parts of everyday life. Yet materials used in such applications are frequently exposed to damaging radiation, whether from cosmic rays, nuclear fission, or sterilizing gamma radiation.

That radiation damage can pose big problems. In electronics for example, “you can have transient effects that can change the memory of a device and give erroneous readings temporarily,” said Ram Devanathan, a materials scientist at Pacific Northwest National Laboratory. “Or you could have a device that becomes more and more sluggish as time passes and damage accumulates. Another possibility is a situation in which a device fails catastrophically.” If that electronic device controls navigation or life support, any sort of failure can be disastrous.

Efforts to develop materials that stand up to damaging radiation were the focus of a symposium in the Nuclear Chemistry & Technology Division at the American Chemical Society meeting in Dallas last month. In addition to the hunt for new materials, researchers discussed work to understand the mechanisms behind radiation damage. In some cases, they are finding that radiation isn’t damaging at all—it actually improves materials’ performance.

One place where materials must withstand radiation is in nuclear power plants. Devanathan, who organized the symposium, is studying the ceramics used as inert matrices for nuclear fuel. His team hopes to understand what happens to these ceramics when they’re exposed to swiftly moving particles from nuclear fission.

“The radiation is like a bowling ball—it comes in and knocks atoms out of place,” Devanathan said. The resulting effects occur on nanometer length scales and nanosecond time frames, forcing scientists to turn to computer simulations to fully understand the mechanisms at play. “It’s very difficult to capture all the details in an experiment,” Devanathan said. “Modeling and simulation can re-create a variety of radiation-damage scenarios, examine transient events that are hard to pin down experimentally, and isolate individual processes to identify their role in damage accumulation.”

With the help of modeling, Devanathan and colleagues have found that ceramics containing titanium are more susceptible to radiation damage than similar materials that contain zirconium. In zirconate ceramics, the atoms are better able to diffuse through the material so it can self-repair.

The difference seems to stem from the fact that bonds in zirconate materials have more ionic character, whereas bonds in titanate materials have more covalent character. “In the overall competition between damage accumulation and recovery processes, subtle changes in chemistry are able to tilt the balance one way or another,” Devanathan explained.

Scientists are also looking for new radiation-tolerant structural materials to use to collect nuclear fuel pellets into rods. These materials must be able to stand up to additional severe challenges: high temperatures and steam. During Japan’s 2011 Fukushima nuclear disaster, loss of water circulation caused water normally used to cool reactors and spent fuel to heat up and evaporate. The resulting steam reacted with the zirconium alloy that enclosed the fuel pellets, releasing hydrogen gas that subsequently exploded. The U.S. Department of Energy is now funding programs to create more accident-tolerant fuel assemblies.

GE Global Research, one of the DOE grant recipients, is trying to replace the zirconium alloy with steel, which should be radiation tolerant and resist reacting with steam, said Raul Rebak, a corrosion engineer at the company. The zirconium alloy technology was transplanted from Navy submarines, he said. The zirconium material is lighter than steel, and neutrons pass through it more easily to initiate chain reactions, minimizing the necessary amount of fuel. Those qualities make the zirconium alloy attractive when trying to squeeze a reactor into a submarine. But they’re less important for aboveground reactors, Rebak said.

Reactors generally work at 300 °C, and target accident conditions are 1,000 °C, Rebak said. So far, GE’s team has just looked at how different steels behave in normal operating conditions and accident scenarios—in particular, whether and how much they crack and react with steam. The two best candidates better resist corrosion and cracking and react with steam far less than zirconium alloys, Rebak said. The steels are iron based; one also contains chromium, aluminum, and molybdenum, while the other incorporates chromium and nickel. 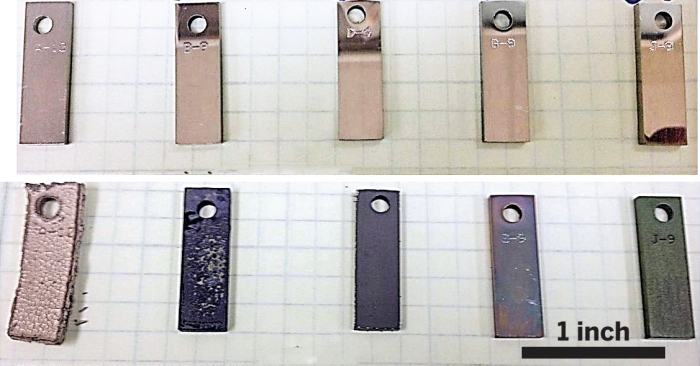 Credit: GE Global Research
Before (top) and after (bottom) photos of a zirconium alloy (far left) and several steel samples exposed to steam at 800 ºC for 24 hours to mimic nuclear accident conditions.

In other high-radiation environments—for example, those experienced by aircraft or implantable electronics—nanomaterials might fit the bill. Composite materials incorporating nanotubes, for example, are often touted for being lightweight but highly durable, which are qualities particularly attractive to the aerospace industry. Nanotubes and nanowires are both candidates for electronic devices.

Kai Nordlund, a materials physics professor at the University of Helsinki, in Finland, has studied radiation effects on nanotubes both individually and in bundles. Radiation punches holes in carbon nanotubes, leaving a displaced carbon atom to bind itself elsewhere. The holes weaken the nanotubes. Although the holes and displaced atoms may move around, whether the tubes can repair themselves depends on temperature.

In multiwalled carbon nanotubes or in bundles of nanotubes, however, the defects behave differently. In these cases, the holes and displaced atoms can react to form bridges that link nanotube walls together. Those bridges reduce the ability of tubes to slide past each other and make carbon nanotube materials more rigid, a plus in some applications. In one experiment, a bundle of nanotubes became 100 times stiffer when it was irradiated, Nordlund said.

Nordlund and colleagues have also investigated radiation effects on silicon and gallium-nitride nanowires that could be used in devices such as transistors. They use radiation that mimics that from solar flares. The researchers found that high-energy particles are likely to pass through nanowires without damaging them. Low-energy particles, however, cause more damage—and also more damage to nanowires than to bulk materials. The effect seems to be related to the higher surface area of the nanowires because the threshold energy for surface damage is lower than interior damage, Nordlund said. Surface damage is also less likely to self-repair than interior damage.

Beyond nanotubes and nanowires are nano-enabled technologies of interest for new generations of memory cells. One candidate is resistive memory, in which a solid electrolyte such as a chalcogen material or silicon dioxide is sandwiched between two electrodes, an oxidizable anode and an electrochemically inert cathode. The distance between the electrodes is typically a few tens of nanometers. Apply a small voltage across the setup, and a tiny filament grows in between the two electrodes. That filament changes the resistance of the electrolyte, and that change in resistance represents a stored bit.

Resistive memory devices are proving to be quite radiation-tolerant, said Michael N. Kozicki, an electrical engineering professor and director of the Center for Applied Nanoionics at Arizona State University. He is also founder and chief technology officer of Axon Technologies, based in Scottsdale, Ariz. “We’ve basically tried to murder the little guys” with high doses of gamma radiation, high-energy electrons and ions, and X-rays, Kozicki said. “The radiation doesn’t seem to bother them at all.” If anything, they seem to perform a bit better, he said, as if the radiation causes a kind of annealing effect that smooths memory performance.