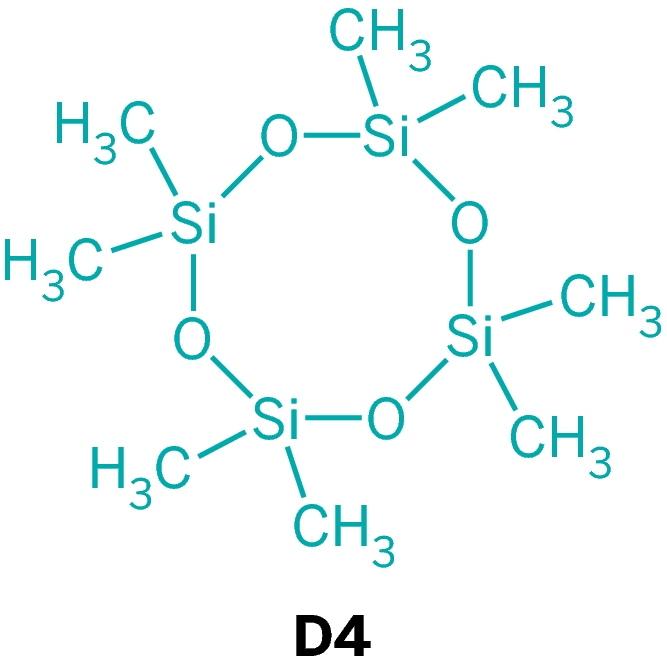 Manufacturers of a cyclic methylsiloxane will measure concentrations of the compound in wastewater, aquatic organisms, and sediment, under a consent agreement they finalized with EPA. Five producers of octamethylcyclotetrasiloxane (D4) will share the costs, which are estimated to run as much as $1.2 million, to test for the chemical near several wastewater treatment plants. Dow Corning, Evonik, Momentive Performance Materials USA, Shin-Etsu Silicones of America, and Wacker Chemical are participating in the agreement, which the agency announced in early April. EPA wants the data because previous studies showed that D4 persists in sediments, bioaccumulates, and is toxic to aquatic organisms. Once widely found in personal care products, D4 is currently used as an intermediate in making other chemicals and as a solvent, adhesive, and sealant. It is an ingredient in paints, coatings, plastic and rubber products, sealants, soaps, and detergents, EPA says. D4 is one of several dozen commercial chemicals that EPA is scrutinizing under a program that could eventually lead to their regulation under the Toxic Substances Control Act.

Regulation
EU moves toward strict controls on 3 plastics chemicals and PFBS
Regulation
European Chemicals Agency proposes tight controls for uses of BPA, dechlorane plus, and two glycol ethers
Environment
Releases of HBCD tapped for reporting
Share X
To send an e-mail to multiple recipients, separate e-mail addresses with a comma, semicolon, or both.
Title: Makers Of D4 Agree To Conduct Tests
Author: Cheryl Hogue
Chemical & Engineering News will not share your email address with any other person or company.