Disinfecting Water In An Emergency

COUNTERPRODUCTIVE
[+]Enlarge
Credit: Shutterstock
A study says federal recommendations for using 1/8 tsp of bleach to disinfect 1 gal of water during an emergency can lead to unpalatable drinking water. 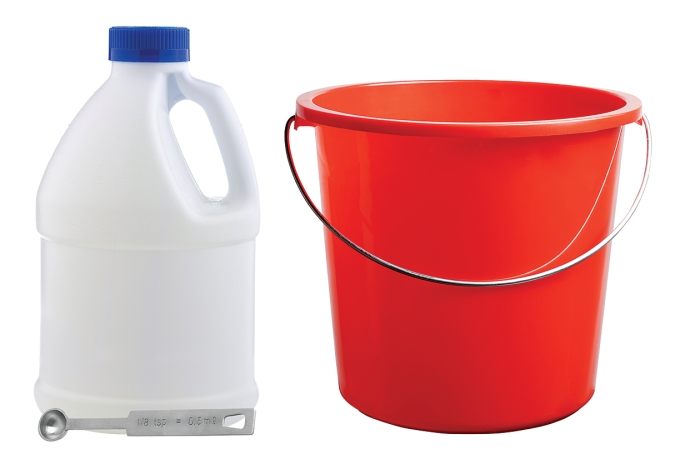 Credit: Shutterstock
A study says federal recommendations for using 1/8 tsp of bleach to disinfect 1 gal of water during an emergency can lead to unpalatable drinking water.

When natural disasters strike and people lose access to clean drinking water from their taps, the federal government recommends three courses of action. The first is to drink and cook with bottled water. If bottled water is not available, the second is to boil water drawn from a faucet—if water systems are still functioning—or a home’s water heater, a well, river, or lake. If boiling isn’t possible, the Environmental Protection Agency and other federal agencies recommend disinfecting water with small amounts of household bleach to inactivate bacteria and viruses that cause disease.

But EPA may be recommending more bleach than is necessary to render untreated water safe to drink, says a team of researchers funded by the Centers for Disease Control & Prevention (Environ. Sci. Technol. 2014, DOI: 10.1021/es405357y). They have scrutinized EPA’s advice in a study of the effectiveness of using bleach to disinfect water. On the basis of their results, they are recommending that EPA review and revise its recommendations. Other federal agencies generally follow EPA’s advice on drinking water disinfection.

EPA tells C&EN that it is reviewing the study. “Safe drinking water is important to every community, especially in the time of an emergency,” EPA says.

The scientists from Tufts University, Lehigh University, and CDC found the amount of bleach EPA recommends for disinfection of water during an emergency is higher than that needed to render water safe to drink. The recommended dose gives the water a heavy bleach odor and taste, says lead author Daniele S. Lantagne, assistant professor of environmental engineering at Tufts. People may not consume it because it tastes and smells so bad, she says, negating the purpose of disinfection—providing people with safe drinking water.

In many developing countries, the standard dose for using bleach to treat water is 2 mg/L for water that appears clear and 4 mg/L for water that is slightly cloudy, Lantagne says. She is a former CDC employee who has worked on safe drinking water issues in Asia, Africa, and the Americas.

In contrast, the EPA guidelines—which CDC, the Food & Drug Administration, the Federal Emergency Management Agency, and other federal agencies use—for disinfecting clear water call for a dose of bleach that is more than two or three times higher than that used in developing countries, the study found. EPA’s recommended dose is between 5.55 to 8.67 mg/L for water that appears clear. EPA recommends doubling that dose of bleach for cloudy water.

The range given for treating clear water stems from EPA setting the dose of bleach per gallon of water using two different types of measurements, either 1/8 teaspoon or 8 drops. Those measurements aren’t equivalent, the researchers found, with drops providing the smaller dose of bleach. Depending on the size of the dropper used, 8 drops can amount to as little as 1/16 tsp.

To understand the effects of EPA’s recommended bleach dose, the researchers collected samples of water from six locations around the U.S. and treated the samples with 2 to 7 mg/L of bleach. They found that all doses were sufficient to inactivate disease-causing organisms.

But the government’s advice to disinfect water with bleach might be useless for many U.S. residents caught up in a natural disaster, such as a flood, earthquake, or hurricane. First, many people interviewed by the researchers didn’t have bleach at home. Those who did lacked unscented liquid chlorine bleach that is less than a year old—EPA’s product recommendation. Chlorine bleach’s potency to disinfect diminishes in months after a bottle is opened, Lantagne explains.

The researchers also found that few of the people they interviewed owned a 1/8 tsp measure or a dropper, and most didn’t have a 1-gal container. The interviewees said that rather than relying on a laundry product in an emergency, they would prefer to have a water treatment kit with a premeasured dose of bleach. They also suggested that disinfection instructions call for a widely available container such as a 2-L soda bottle.

In addition, the study points out that some bleach manufacturers are now marketing concentrated bleach. Conventional bleach is about 5.25% sodium hypochlorite, according to EPA. The new concentrated bleach is 8.25%. EPA’s recommendations include a suggestion of 4 drops of bleach that is 7 to 10% sodium hypochlorite to disinfect 1 gal of water. This amounts to about 4 mg/L, the study says.

But other federal agencies’ recommendations for emergency disinfection of water, checked by C&EN in mid-April on agency websites, do not have specific instructions for concentrated bleach. This could lead people to unknowingly overchlorinate the water they are treating.

Pollution
Measuring microplastics in seafood
Persistent Pollutants
US FDA sets voluntary arsenic limit in infant rice cereal
Pollution
Satellites can now see air pollution inequality within cities
Share X
To send an e-mail to multiple recipients, separate e-mail addresses with a comma, semicolon, or both.
Title: Disinfecting Water In An Emergency
Author: Cheryl Hogue
Chemical & Engineering News will not share your email address with any other person or company.