FDA is considering a new rule for drug safety labels. 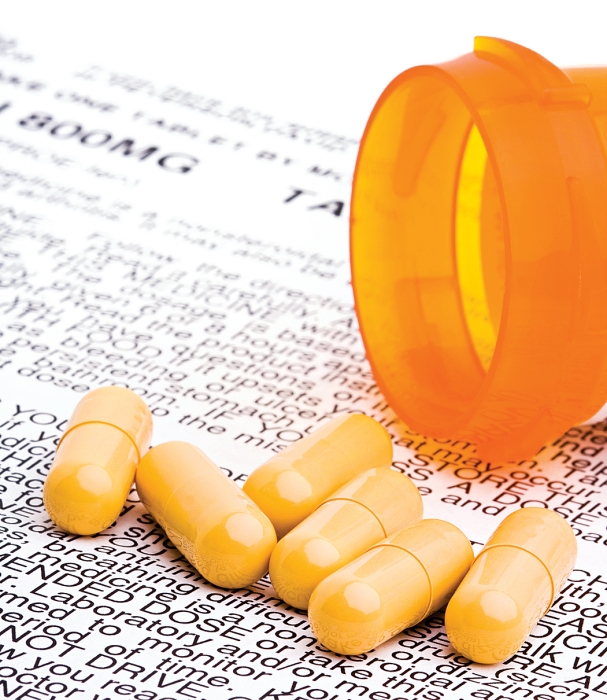 Generic drug makers are not allowed to independently update the warning labels on their medicines; they can only copy an FDA-approved change already made by the brand-name manufacturer.

Generics firms would be allowed to update product labeling on their own with newly acquired safety information before FDA’s review of the change.

For nearly three decades, generic drug companies have relied on safety labels from the makers of brand-name medicines to warn consumers about product risks. In fact, Food & Drug Administration regulations require that generic drugs carry the same warnings and precautions as their name-brand counterparts.

Now—citing issues of balanced risks for drugmakers and transparency for doctors and patients—FDA wants to change the regulations so that generic drug manufacturers will be motivated to take greater responsibility for their products. Specifically, FDA has proposed a rule change that would allow generic drug companies to independently warn consumers when important new safety information surfaces about one of their drugs. It would remove a shield from product liability claims that currently protects generics manufacturers from personal injury lawsuits.

Generic drug manufacturers are not happy with the proposal.

“New labeling regulations should protect patients, facilitate care, and reduce costs,” says Ralph G. Neas, chief executive officer of the Generic Pharmaceutical Association (GPhA), an industry lobbying group. “Unfortunately, the proposed rule does none of these things—the unintended consequences of this rule would be nothing short of catastrophic.”

Federal law requires generic drugs to be essentially the same as their brand-name counterparts. Both products must contain the same active ingredient; be identical in dosage form, strength, and route of administration; and also have the same safety-related labeling information.

Brand-name pharmaceutical companies are allowed to update their warning labels if they receive reports of adverse reactions in patients. Generic drug makers, however, are prohibited from revising product labels with new warnings, until and unless FDA approves a name-brand drug label change first.

Doing away with that requirement is needed to “create parity” between brand-name and generic drug makers regarding product labeling, says Janet Woodcock, director of FDA’s Center for Drug Evaluation & Research. It would also help to better inform doctors and their patents about potential hazards, supporters say.

FDA is in the process of reviewing the more than 100 comments it has received on its proposal and will then decide whether to make the rule final or make changes and issue a revised measure.

“More than 80% of prescriptions filled in the U.S. are for generics, so we want to make sure that generic drug companies actively participate with FDA to ensure that product safety information is accurate and up to date,” Woodcock continues.

In addition, consumer advocates say the proposed change is vital because there are more than 400 generic drugs on the market for which there is no longer a brand-name counterpart. Serious side effects associated with prescription drugs are often not discovered until the medication has been on the market for years.

“If generic manufacturers are not actively monitoring and proposing safety updates, no manufacturer is doing so at all,” says Allison M. Zieve, general counsel at Public Citizen, a drug safety watchdog group. Giving generic drug makers more responsibility for labeling will encourage vigilance and should help to prevent injuries from occurring in the first place, she adds.

Opponents of the proposed rule, however, contend the new requirements would expose generic drug manufacturers to new legal liability that will increase the prices of generic medicines and create confusion by making warning labels inconsistent

This situation has been shaped by a pair of Supreme Court rulings.

In 2009, the Supreme Court confirmed in Wyeth v. Levine that a brand-name pharmaceutical company could be sued for failing to warn patients that a drug it developed carries a serious potential health risk. But two years later, the justices ruled in Pliva Inc. v. Mensing that a generics manufacturer couldn’t be held liable for failing to include adequate warnings in its product labeling.

Justice Clarence Thomas, writing the majority opinion in Mensing, acknowledged that the distinction between generic and brand-name drugs “makes little sense” from the perspective of injured patients. But the court held that the makers of generic drugs must use the same labels as the corresponding brand-name drugs and thus could not be blamed for failing to warn patients about the risks of taking their drugs.

In dissent, Justice Sonia Sotomayor wrote that “a drug consumer’s right to compensation for inadequate warnings now turns on the happenstance of whether her pharmacist filled her prescription with a brand-name drug or a generic.” Since the ruling, state courts have dismissed dozens of related lawsuits.

Under the proposed rule, FDA would evaluate whether a change for a generic drug label is justified and then make an approval decision that would apply to the generic and brand-name versions of the drug. This would ensure that both forms have identical prescribing information.

For now, if a generic drug company becomes aware of a potential risk not stated in the labeling, all it can do is pass the data along to FDA and the brand-name manufacturer. It must then wait until the agency makes a decision on a label revision for the corresponding brand-name drug. Practically speaking, this means that “all updated safety information runs through FDA and the brand-name manufacturer,” says Julia M. Rafferty, an attorney at Stradley Ronon Stevens & Young.

FDA’s proposal would place equal responsibility for monitoring drug safety on the brand company and the generics manufacturers. “The goal is to make sure the whole system is searching for safety problems and updating labels when they are found,” Woodcock says.

The agency’s proposal would also pave the way for lawsuits from injured patients who could now claim that generic drug companies did not sufficiently warn them about the risks of taking their drugs. A generics manufacturer would have an “independent responsibility to ensure its product labeling is accurate and up-to-date,” according to the proposed rule.

This exposure of generic drug manufacturers to substantial new tort liability costs, in turn, “would require them to adjust prices to stay in business, withdraw products, or decline to launch new affordable versions of brand medicines,” Neas contends.

Perhaps most troubling, he asserts, is that the rule as currently written would allow different labeling for multiple generic versions of a brand-name drug, even though the medicines are chemically identical. “This would cause dangerous confusion and have harmful consequences for patients, prescribers, pharmacists, and others throughout the health system,” Neas remarks.

Gordon Johnston, a former deputy director of FDA’s Office of Generic Drugs and now an industry consultant, agrees, saying the proposal directly undermines the “sameness” requirement for generics and their brand-name counterparts. “Disregarding decades of regulatory stability in this way will create unwarranted confusion, raises patient safety concerns, and threatens the system that created thousands of affordable options for consumers,” Johnston says.

But Woodcock points out that the current system allows for temporary labeling differences between brand-name drugs and their generic equivalents. After FDA approves a revision for a brand-name medicine, it can sometimes take more than a year for generic drug makers to subsequently update their labels, she says.

The proposed rule calls for all labels to be conformed within 30 days, so doctors and their patients would be warned about potential risks and side effects more quickly, Woodcock says. “FDA believes it’s time to provide generic drug makers with the means to promptly update their labels,” she remarks.

GPhA has suggested a compromise in which the industry would actively assist FDA in deciding whether label updates are needed on the basis of newly discovered side effects. But generics manufacturers would still need the agency’s permission to make modifications.

Industrial Safety
The chemistry behind the Beirut explosion
Consumer Safety
Do we know enough about the safety of quat disinfectants?
Lab Safety
Adapting hijabs for lab safety
Share X
To send an e-mail to multiple recipients, separate e-mail addresses with a comma, semicolon, or both.
Title: Labeling Rule Stirs Discord
Author: Glenn Hess
Chemical & Engineering News will not share your email address with any other person or company.