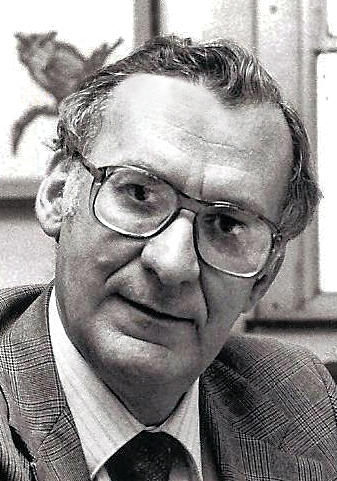 William D. Ehmann, 82, a professor emeritus of chemistry at the University of Kentucky, died on Dec. 17, 2013, in Lexington, Ky.

In 1964, Ehmann completed groundbreaking research on meteorites while in Australia as a Fulbright Research Scholar. In the 1970s, the National Aeronautics & Space Administration included him in the first group of scientists to analyze moon samples from the Apollo missions.

In later years, Ehmann focused his research on the relationship between trace elements and Alzheimer’s disease. With Diane E. Vance, he wrote the textbook “Radiochemistry and Nuclear Methods of Analysis.”

In 1997, the Journal of Radioanalytical & Nuclear Chemistry published an issue in Ehmann’s honor, which included a review of his contributions as a radioanalytical chemist and radiochemistry educator as well as Ehmann’s own personal narrative about his career (DOI: 10.1007/bf02038495).

The University of Kentucky College of Arts & Sciences named Ehmann a Distinguished Professor in 1968 and inducted him into its Hall of Fame in 2010. He received the William B. Sturgill Award for his contributions to graduate education in 1987, the Kentucky Academy of Science Distinguished Scientist Award in 1982, and the ACS Glenn T. Seaborg Award for Nuclear Chemistry in 1996. Also in 1996, the American Nuclear Society created the W. D. Ehmann Award in his name, for which he was the first recipient. He was an emeritus member of ACS, joining in 1953.