Credit: Angew. Chem. Int. Ed.
Microcapsules with blue, green, and red structural color are prepared from core-shell nanoparticles with different shell thicknesses. These could be used to create a full-color display that doesn’t need to be backlit.

Vinothan N. Manoharan holds up a small vial of liquid. It looks something like milk—white and opaque and otherwise unremarkable. But the particles that make up this suspension could one day be used to create paints and inks that won’t fade or full-color displays that don’t need to be backlit. The key, says Manoharan, a professor in Harvard University’s physics department and School of Engineering & Applied Sciences, is using some clever chemistry to bring about a physical phenomenon known as structural color.

Much of what we see gets its color from colored molecules. There are, for example, aniline dyes, such as mauve, and metal compounds, such as cobalt blue, that give color to objects. There’s a relationship between these molecules’ electronic structures and how they absorb and reemit certain wavelengths of light.

Structural color has nothing to do with a molecule’s electrons. Instead, structural color arises on the supramolecular level when a material’s nanostructures selectively reflect certain wavelengths of light while letting all other wavelengths pass through.

“With structural colors you can make different colors from exactly the same material,” explains Sofia Magkiriadou, a graduate student in Manoharan’s lab. Because structural colors aren’t based on molecules, which can react and change color, they tend to be more resistant to fading and bleaching.

During Magkiriadou’s first week working with Manoharan, he asked her to take the white liquid and remove water from the colloidal suspension. When she did, the material turned blue, a result of the colloidal particles packing together in such a way that they reflected wavelengths of blue light.

This came as no surprise to Manoharan. Other researchers had made so-called photonic pigments, or pigments based on structural color, by making arrays of nanoparticles. Ordered nanoparticle arrays give rise to iridescent pigments, which physicists describe as anisotropic. Disordered arrays, physicists had recently learned, would also produce colored pigments. But these have a matte appearance, which physicists describe as isotropic. For paint or display applications, it’s the matte appearance that everyone is after.

Manoharan was pleased to see that the colloids Magkiriadou had dehydrated took on a blue matte appearance. But other researchers had already made isotropic blue and green photonic pigments. Manoharan and his students had bigger plans: They were hoping to use the same colloids to make a rainbow of pigments through structural color—a feat no one had accomplished yet.

The polystyrene nanoparticles are surrounded by a shell of poly(N-isopropylacrylamide-co-acrylic acid) or poly(NiPAm-AAc). This shell is transparent, so light can pass through it. It is also soft and can squish as the core-shell particles pack together. Modifying the distance between the polystyrene cores, by varying the shell thickness, makes them reflect different wavelengths of light, thereby producing different colors.

Jin-Gyu Park, a postdoc in the Manoharan lab, and Shin-Hyun Kim, currently a professor at Korea Advanced Institute of Science & Technology, came up with a way to use microfluidics to encapsulate an aqueous suspension of the core-shell nanoparticles within an ultraviolet-curable monomer, ethoxylated trimethylolpropane triacrylate. “That monomer shell is permeable to water, so you can shrink it down, and as you shrink it down you compress those particles,” Manoharan explains. “As you suck more water out, you actually change the distance between the particles. So you can tune in color that way.” The final step is to polymerize the monomer and lock the capsule, nanoparticles, and color into place.

Using this system, Manoharan’s team was able to produce structural color across the full visible spectrum (Angew. Chem. Int. Ed. 2014, DOI: 10.1002/anie.201309306). That’s impressive, says Eric Dufresne, a physicist at Yale who studies structural color and soft materials. “In our lab when we tried to make deep greens and reds with structural color it just didn’t work,” he says. “The Manoharan lab has taken a different architecture and designed and synthesized new colloidal materials that allow you to make red. I think that’s potentially going to be very exciting.”

If you can make red, green, and blue, you can make all the colors you need for a color display that doesn’t need to be backlit and therefore has a longer battery life. That’s just one of the applications Manoharan has in mind for these photonic pigments. He says they could also be used in fade-resistant paints and inks, although he’s quick to add they haven’t yet shown that the pigments can go for years without losing their color.

“What we have now is a proof of concept,” Manoharan says. “There’s still some work that needs to be done before we can put these into applications.” 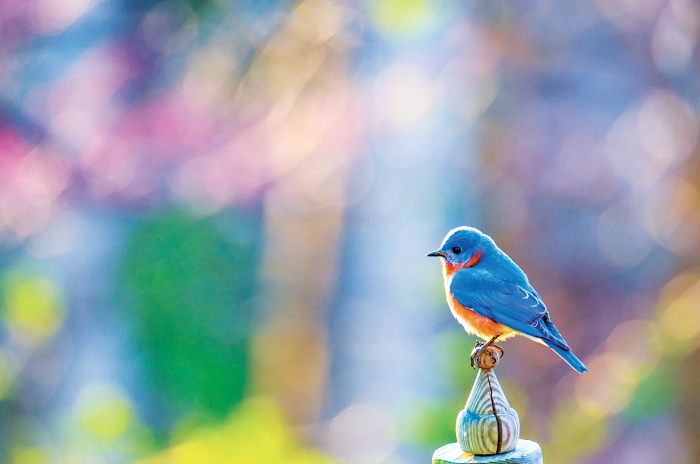 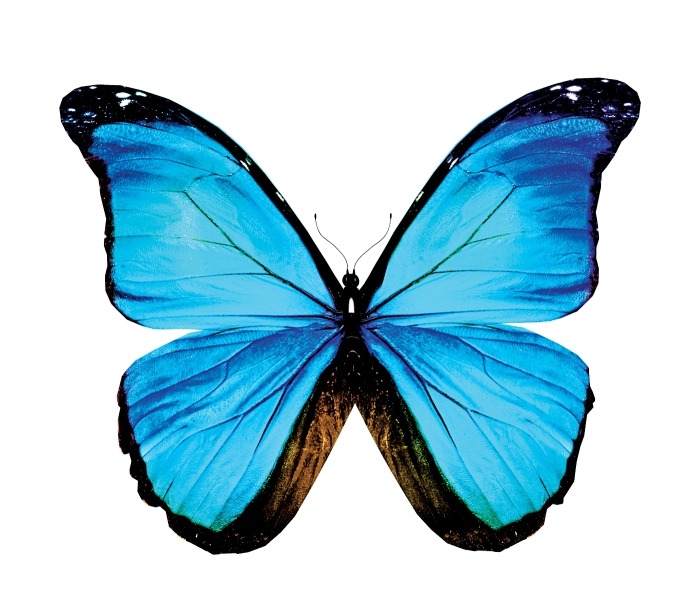 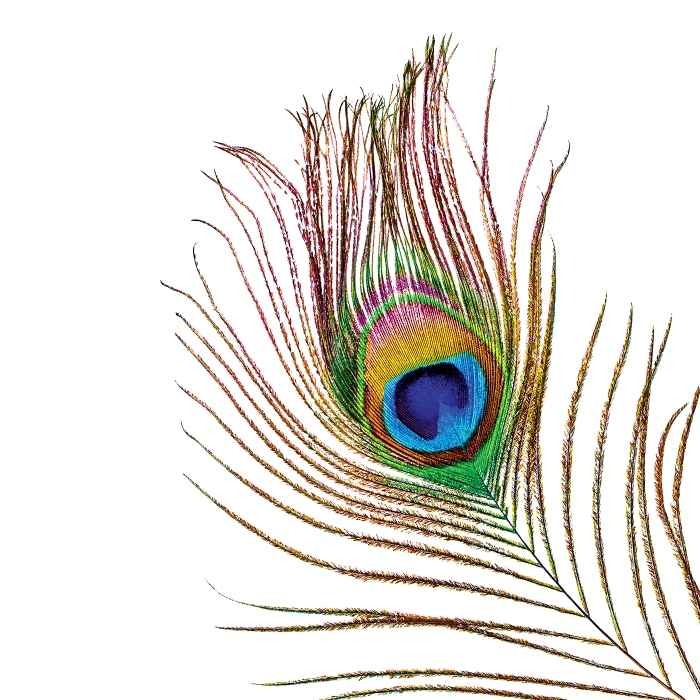 Bluebirds, butterflies, and berries of Pollia condensata all get their vivid blue hues from a phenomenon known as structural color. Structural color comes about on a supramolecular level when a material’s nanostructures scatter light in such a way that certain wavelengths get reflected and amplified through constructive interference. This is different from dyes, which achieve color from their molecules’ electrons. In fact, the molecules within structurally colored objects are usually colorless. Grind up these materials and that nanostructure is lost along with the color.

The opal is a classic example of an object that achieves remarkable colors via structural interference. Opals have silica spheres, about 200 nm in diameter, that are arranged in a highly ordered fashion. The silica is inherently colorless, but interference from the light that scatters through different parts of that ordered silica structure gives rise to an opal’s color. 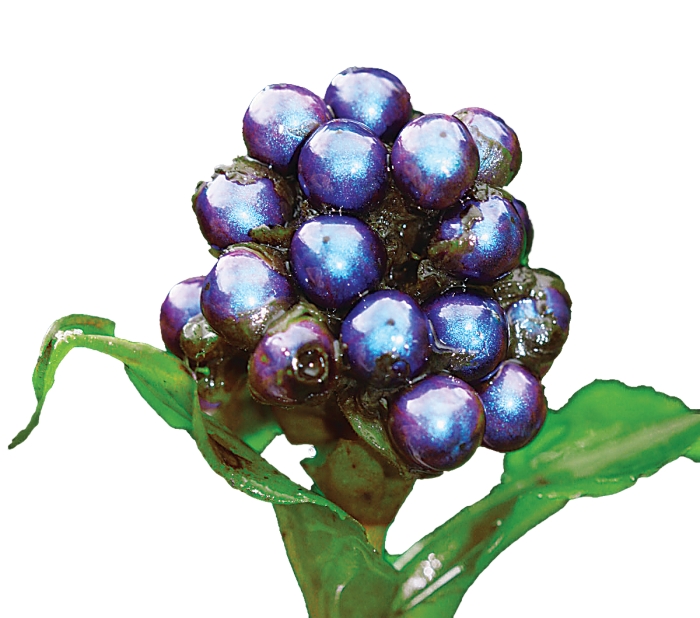 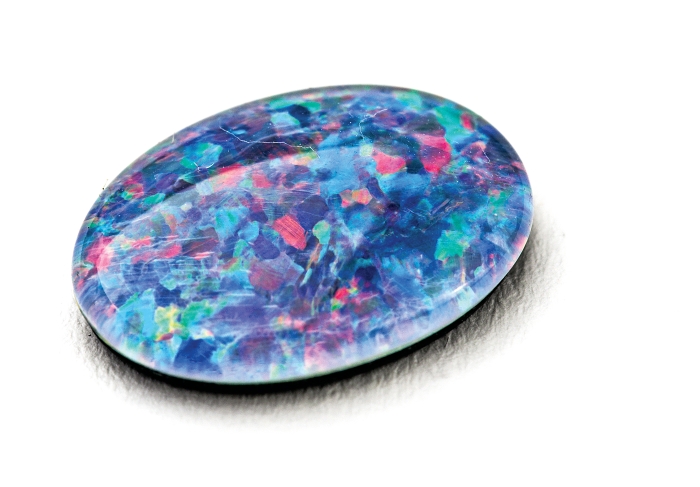 Objects with structural color tend to resist fading. A couple of years ago, researchers at England’s Royal Botanic Gardens discovered that the blue color of P. condensata fruit comes from the nanostructure of its cellulose fibers, accounting for the fact that the fruit is as bright today as the day it was picked 40 years ago. This suggests that man-made structural color could also be fade-resistant, making such materials attractive for paint and ink ­applications.