Alchemical Teas, ‘Song Of The Chemist’ 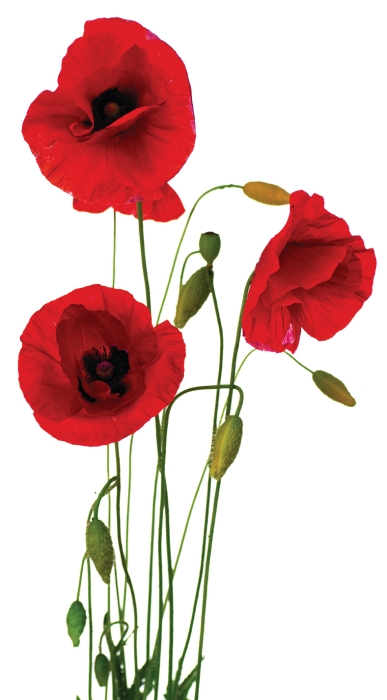 “Cinchona bark tea is the bitter­est thing I’ve ever encountered—so acrid that it acquires an entirely different sensation on the tongue, a transcendent state of bitterness evoking flavours of turpentine, bile, and crude petroleum.” 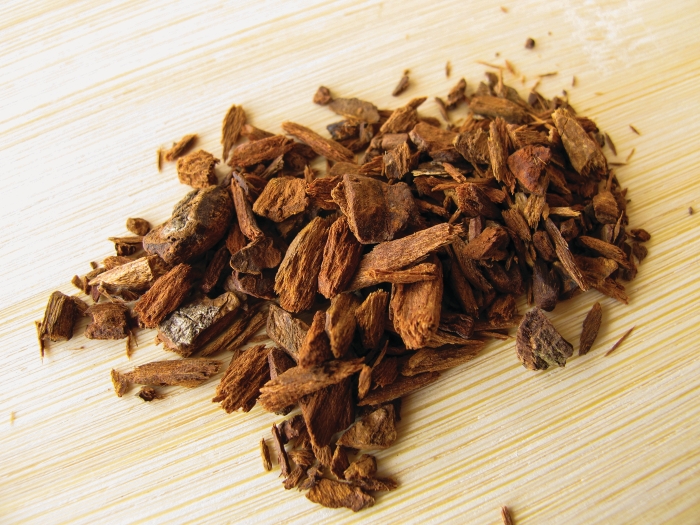 So wrote Benjamin Breen in Aeon Magazine last month. A history graduate student at the University of Texas, Austin, Breen is writing his thesis on “Tropical Transplantations: Drugs, Nature, and Globalization in the Portuguese and British Empires, 1640–1750.” In his view, the British Empire was built on drug trades: opium, tea, coffee, tobacco, and sugar.

As part of his research, Breen looked at 17th-century cookbooks, which contain a mix of recipes for food and medicine. Intrigued—and in the alchemical spirit of experimenting on himself—he chose a few medicinal formulas to try.

One was the cinchona bark tea, which involves infusing the bark with East Indian spices in boiling water. Cinchona trees are native to western South America and contain quinine. Quinine is best known as a malaria cure, but it also relaxes muscles and induces vivid dreams. The tea did seem to loosen Breen’s back muscles, and he subsequently dreamed of “glowing undersea creatures made of jewels,” he wrote in Aeon.

Notably, the bark turned bright red when he added it to the boiling water. That explained why people trying to pass off other barks for cinchona would add red dye to the barks, Breen tells Newscripts.

Another recipe was for poppy water, which involves steeping poppy flowers, cloves, mace, nutmeg, and cinnamon in brandy. Breen substituted poppy seeds for the flowers. The seeds contain only traces of opiates, but he probably extracted other alkaloid compounds, he says. The concoction produced “a mild and pleasant but somewhat stimulating buzz,” he wrote in Aeon.

Breen is also the founder of a quarterly publication called The Appendix, in which he and colleagues experiment with historical storytelling on topics such as the first synthesis of methamphetamine by a Japanese chemist in 1893, suicide bomber cats from the 16th century, and the political significance of Abe Lincoln’s whiskers.

After the recent Newscripts column on 17th-century encoding of alchemical recipes into musical scores (C&EN, March 24, page 40), Maurice Snook, of Athens, Ga., sent in “Song of the Chemist,” by composer George F. Root (1820–95):

Singers from the choir of Friendship Presbyterian Church in Athens, Ga., perform “Song of the Chemist."

Oh, come where the Cyanides silently flow, and the Carburets droop o’er the Oxides below; Where the rays of Potassium shine on the hill, and the song of the Silicate never is still.

Kevin O. Kelly, librarian at the University of Georgia Hugh Hodgson School of Music, found “Song of the Chemist” in a 1901 book of male quartets. The piece is in the barbershop gospel style popular in the late-19th and early-20th centuries, Kelly tells Newscripts. Such songs of the period often included a few basic chords, close vocal harmonies, and humorous lyrics, Kelly says.

Kelly and Snook attend the same church, and Kelly had the choir serenade Snook for his birthday. All chemists should be so lucky, the Newscripts gang thinks. Snook is particularly curious about the meaning of one term used in the chorus: vinivitum, as in “Come! Oh, come! Peroxide of Soda and Vinivitum.” Any ideas, readers?

Synthesis
Re-Creative Successes: Tales of ancient recipes being carried out in modern-day laboratories
Environment
Pumpkin Spice Beer
Synthesis
Illustrative Ant Poetry
Share X
To send an e-mail to multiple recipients, separate e-mail addresses with a comma, semicolon, or both.
Title: Alchemical Teas, ‘Song Of The Chemist’
Author: Jyllian Kemsley
Chemical & Engineering News will not share your email address with any other person or company.


As far as I know, Vinivitum by itself is not a word. However, it could be a combined form, from the Latin, i.e., Vini + Vitum

Vini means wine or vineyard worker, and
Vitum means life or the way of life.

Together they could mean something like: 'living the life of wine' or
perhaps more prosaically, "0ne who is always tipsy from wine".
Reply »

Michael Burkley (December 16, 2015 1:35 PM)
Thanks for the sharing the meaning of "Vinivitum." I'm wondering if it might also mean "Life of the Wine" or alcohol. A bit alchemic, but...

Any idea what the word "Carburets" mean? Google has no idea. I'm suspecting that it is the name of some sort of buret, "drooping over the "Oxides below" in a titration.