Safety board investigation of Texas explosion faults company, as well as government regulations and oversight 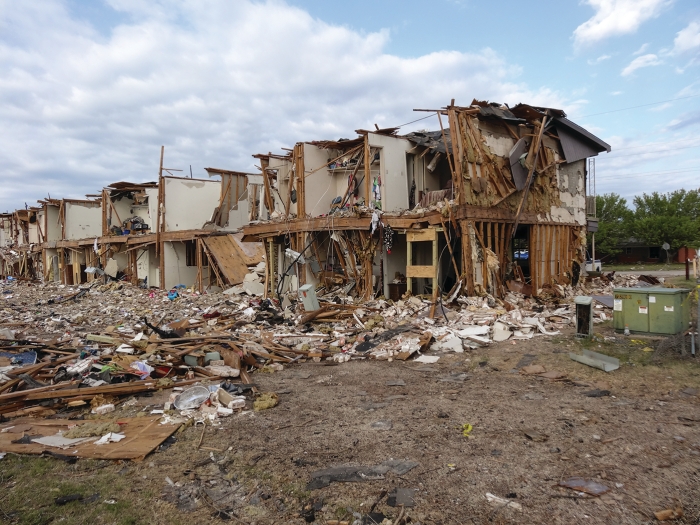 Failures at all levels of government and by the owner of an agricultural retail warehouse led to an explosion that killed 14 people and destroyed sections of the small Texas community of West a year ago, according to the Chemical Safety & Hazard Investigation Board (CSB).

DISASTER AREA
[+]Enlarge
Credit: CSB
The blast caused by ammonium nitrate destroyed much of the community of West, Texas, including an apartment building (left) and the West Intermediate School (right). 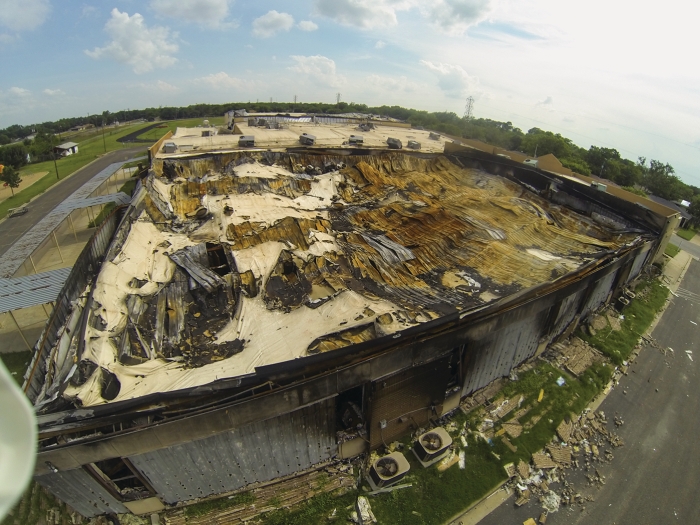 Credit: CSB
The blast caused by ammonium nitrate destroyed much of the community of West, Texas, including an apartment building (left) and the West Intermediate School (right).

The board presented the preliminary result of its yearlong investigation at a public meeting on April 22 in West. The meeting offered an opportunity for the community and safety experts to critique CSB’s preliminary examination. A final CSB report with detailed recommendations will be issued by year’s end, CSB lead investigator Johnnie Banks said at the meeting.

The board’s investigation was ordered by Sen. Barbara Boxer (D-Calif.), chair of the Senate Environment & Public Works Committee. Boxer called a key hearing before her committee last summer on the West accident, and committee staff members say she intends to follow up with more committee hearings later this year.

The report from CSB, an independent investigation board, is likely to be central to those Senate oversight hearings. Also likely to be on the agenda are the findings of a presidential task force set up after the accident to review chemical safety regulations. Those findings are expected this month.

The accident occurred on April 17, 2013, at the West Fertilizer Co., an agricultural retail supply warehouse owned by Adair Grain Inc. A fire was reported at the facility at 7:30 PM. Twenty-two minutes later, the warehouse exploded, killing 14 people and injuring 226. The blast destroyed 150 houses and damaged another 100, in addition to an apartment building, a nursing home, a hospital, and three schools.

Twelve of the dead were volunteer firefighters and emergency personnel trying to contain the fire. CSB’s investigation found they likely were unaware that the warehouse held 40 to 60 tons of highly explosive and unpredictable ammonium nitrate.

The warehouse was wooden, it had no sprinkler system, and its roof was covered with flammable asphalt shingles, CSB reports. Inside, wooden bins holding ammonium nitrate were comingled with other bins containing a variety of chemicals used to blend fertilizers as well as seeds and other flammable materials.

Ammonium nitrate was delivered by rail and truck to the warehouse. At the time of the accident, some 100 tons of ammonium nitrate was held in a railcar next to the site. The explosion blew the railcar off its track but did not rupture it, according to CSB. Also at the site were two partially full 12,000-gal anhydrous ammonia tanks that appear not to have leaked.

Because of federal reporting requirements, CSB believes the firefighters were aware of anhydrous ammonia stored at the warehouse, which could have been released as a poisonous cloud if the tanks had been compromised. However, it is unlikely that they knew of the warehouse’s supply of ammonium nitrate because the chemical is exempt from many regulations and is not considered explosive when used for agricultural applications as a fertilizer, CSB says.

“This accident should never have occurred,” CSB Chairman Rafael Moure-Eraso said at the meeting. “It resulted from the failure of a company to take the necessary steps to avert a preventable fire and explosion and from the inability of federal, state, and local regulatory agencies to identify a serious hazard and correct it.”

Moure-Eraso singled out regulations of the Environmental Protection Agency and Occupational Safety & Health Administration for overhaul. He said that going back to 2002, CSB has urged that ammonium nitrate and other reactive chemicals be specifically included in EPA’s risk management program and in OSHA’s process safety management regulations. He added that the board has recently renewed that request.

CSB’s Banks noted during the meeting that Texas lacks a fire code, which could have required fire protection at the warehouse. “Local authorities—and specifically local fire departments—need fire codes so they can hold industrial operators accountable for safe handling of chemicals,” he said.

In addition to assessing the regulations for ammonium nitrate, CSB looked at facilities that store the chemical. The board found a long history of explosions at such facilities. The worst incidents were an explosion at a German BASF facility in 1921 that killed some 600 people and a disaster at the Port of Texas City, Texas, which in 1947 killed 581 people, including 28 firefighters.

CSB also found some 1,351 facilities similar to the West warehouse dotting the U.S. landscape, mostly in the rural South. The board noted that many U.S. agricultural supply facilities, like that of West, have been in operation for decades and that small communities have grown up around the retail outlets. The West warehouse, the board added, when built in 1961 was surrounded by open fields, and over the years homes and schools have cropped up around the retail store.

In this case, Moure-Eraso said, such an approach would call for constructing the warehouse from concrete, rather than wood; reformulating the ammonium nitrate fertilizer to decrease its potential for detonation; and lowering the amount stored on-site.

Nearly a year after the accident and on the day of a Senate oversight safety hearing in early March, the Fertilizer Institute and the Agricultural Retailers Association announced that they intended to create an independent organization to encourage fertilizer retailers to comply with current federal safety and security regulations.

The announcement stressed that the two agricultural trade associations were not calling for new safety requirements but that the new organization would focus on ensuring that existing regulatory requirements were conveyed to retailers.

Meanwhile, attention continues to be focused on a federal safety task force formed by President Barack Obama on Aug. 1, 2013, in the wake of the West accident. The Chemical Facility Safety & Security Working Group is to conduct a review of federal safety regulations and is charged with developing a “unified federal approach for identifying and responding to risks” at chemical facilities. Under the presidential executive order that plan is due May 1 (C&EN, Aug. 19, 2013, page 22).

However, speaking at a Senate hearing in early March, EPA Assistant Administrator Mathy Stanislaus, who cochairs the working group, said the recommendations are delayed but will be sent to the White House by the end of May (C&EN, March 17, page 6). Adding ammonium nitrate to EPA’s risk management program is one of the changes being considered, Stanislaus said.

Industrial Safety
The chemistry behind the Beirut explosion
Consumer Safety
Do we know enough about the safety of quat disinfectants?
Lab Safety
Adapting hijabs for lab safety
Share X
To send an e-mail to multiple recipients, separate e-mail addresses with a comma, semicolon, or both.
Title: Ammonium Nitrate Accident Findings
Author: Jeff Johnson
Chemical & Engineering News will not share your email address with any other person or company.