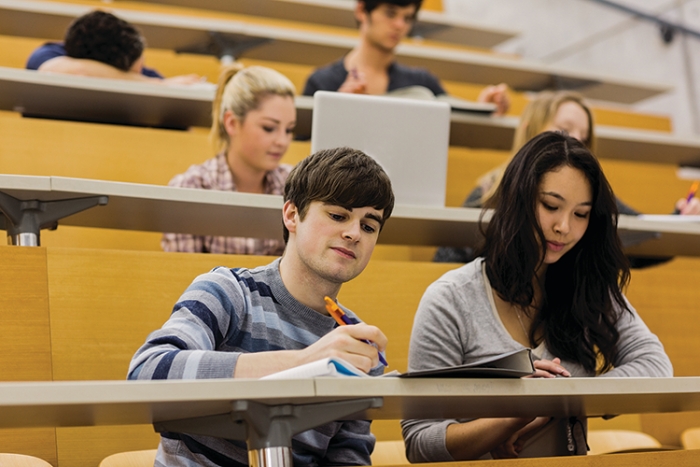 We’re not saying we’re old, but in college the Newscripts gang took notes with pen and paper. In lecture halls today, many students do so with laptops.

But maybe the old way isn’t so bad. A new study suggests that people comprehend more when they handwrite their lecture notes than when they type them on a computer.

Pam A. Mueller, a psychology graduate student at Princeton University, got the idea for the study one day after she sat through a lecture without her computer for note taking. “I felt like I got a lot more out of that lecture than on other days,” Mueller says.

So she and colleague Daniel M. Oppenheimer of the University of California, Los Angeles, set up a series of experiments to test if Mueller’s experience signaled a real effect. They recruited undergraduate students at Princeton and UCLA to watch lectures on video, such as TED talks, and take notes either by hand or on a laptop. Afterward, the researchers quizzed the students on the material without their notes, asking both factual questions, such as “How long did the Indus civilization last?” and conceptual ones, such as “How do Japan and Sweden differ in economic policy?”

For learning basic facts, there was no difference between the two note-taking styles. But volunteers who took notes by hand performed significantly better on conceptual questions than those using laptops (Psych. Sci. 2014, DOI: 10.1177/0956797614524581).

Mueller and Oppenheimer think the reason is that when people take notes on a laptop they tend to write down a lecturer’s words verbatim. But people can’t write by hand as fast as they type, so they have to be selective about what they record on paper. “You’re forced to process the information that is coming in to decide what to write down,” Mueller tells Newscripts. This preprocessing may lead to better retention of the concepts from a lecture.

Obviously students aren’t going to go back to pen and paper, Mueller says. But she’s thought about ways to slow down note taking on computers, such as using stylus technology. Until then Mueller has advice for students: “Don’t give in to the temptation to type it all down.”

If students want their printed notes to endure well past the end of the semester, they should contact an Arizona company called InnovaQuartz. Scientists there claim they can print a periodic table that could last millennia. 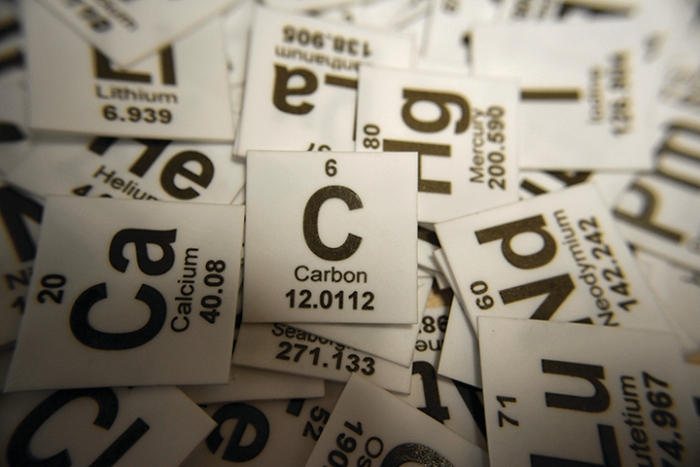 InnovaQuartz sells products for use with gas chromatographs, including square alumina wafers that can cut columns. Stephen Griffin, the company’s vice president, was looking for an inexpensive, easy way to print clients’ logos on the wafers.

Jason Guth, a scientist at InnovaQuartz, stumbled upon such a process using a carbon dioxide laser. The chemists think that the laser burns organic material on the surface of the wafer at the same time as it melts the first few micrometers of the alumina. Some of that material doesn’t fully combust and ends up trapped in the alumina matrix, probably as carbon particles.

As a way to demonstrate the method, Griffin started printing out tiles for each element of the periodic table and selling the wafers on eBay.

The writing on the tiles is indelible, Griffin tells Newscripts. It barely fades after sitting in a furnace at 1,000 ºC for a few hours. And the chemists have yet to find a solvent or concentrated acid or base that can erase it. On the basis of these observations, Griffin thinks the text could last many thousands of years, possibly even outlasting the human species.

Education
Elements on my mind
Environment
Blowing The Lid Off
Careers
He’s My Brother
Share X
To send an e-mail to multiple recipients, separate e-mail addresses with a comma, semicolon, or both.
Title: Pen Beats Laptop, Indelible Periodic Table
Author: Michael Torrice
Chemical & Engineering News will not share your email address with any other person or company.