Libation-loving chemists, step away from the umbrella drinks. New cocktail garnishes in development are sure to please even your precision-craving palates.

Researchers at Massachusetts Institute of Technology last fall reported edible drink accessories they concocted in collaboration with chefs in the Washington, D.C., area. Both garnishes are inspired by natural phenomena involving surface tension. The creations are a cocktail boat that scoots across a drink’s surface and a floral pipette that captures a small sip of liquid for palate cleansing (Bioinspir. Biomim. 2013, DOI: 10.1088/1748-3182/8/4/044003). 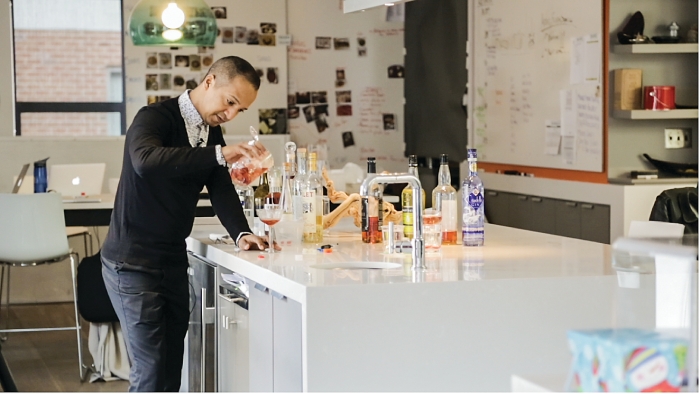 The collaboration started as a result of Harvard University’s “Science and Cooking” lectures, says MIT mathematician John W. M. Bush. He approached renowned chef José Andrés, one of the course’s illustrious instructors, about applying fluid mechanics ideas in the kitchen. Andrés and his company, ThinkFoodGroup, are no strangers to inventive cuisine, so they were more than up to Bush’s challenge.

[+]Enlarge
Credit: Carmen Drahl/C&EN
Drink up: Molds for the flower pipette (green) and a variety of prototypes at ThinkFoodGroup. Edible versions are in the glasses. 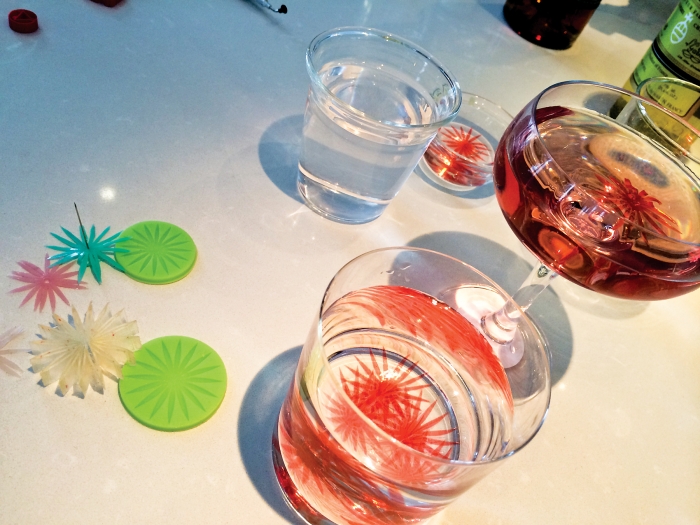 Credit: Carmen Drahl/C&EN
Drink up: Molds for the flower pipette (green) and a variety of prototypes at ThinkFoodGroup. Edible versions are in the glasses.

The boat works by the Marangoni effect, which some insects use to propel themselves across water. When the “fuel,” a high-proof alcohol such as Bacardi 151, leaks out of a notch in the boat, the difference in surface tension between it and the cocktail spirits gives the boat enough zip to speed around for up to two minutes.

The pipette, meanwhile, is inspired by a class of floating flowers. Its geometry is optimized to pick up fluid drop by drop. Surface tension prevents fluid from leaking outside the “petals.”

To determine how close these prototypes are to a public debut, Newscripts visited ThinkFoodGroup’s headquarters in downtown Washington. R&D Director Rubén García and cocktail innovator Juan Coronado showcased versions of the boats and flowers made with raspberry gelatin. (See them in action at http://cenm.ag/wow.) But eager patrons of Andrés’s flagship restaurant minibar will have to wait: “They’re not perfect yet,” García says. “R&D is a big team, and we don’t put anything on the menu until everyone is pleased.”

Those avant-garde garnishes definitely won’t be coming to McGuire’s Irish Pub, in Pensacola, Fla. Newscripts tipster and C&EN Associate Editor Craig Bettenhausen noticed the bar’s menu on the social news site Reddit. McGuire’s bills itself as “one of America’s great steakhouses,” but Redditors thought a better tagline might be “one of America’s great institutions of chemophobia.”

[+]Enlarge
Credit: Adapted from McGuire’s
No chemists need apply: For brewmaster at McGuire’s Irish pub, that is. 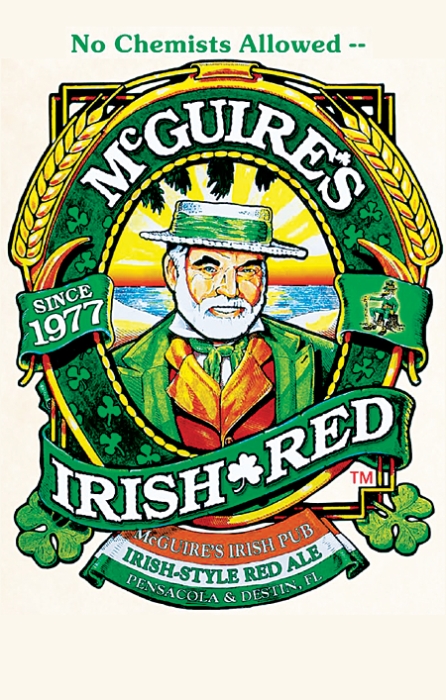 Credit: Adapted from McGuire’s
No chemists need apply: For brewmaster at McGuire’s Irish pub, that is.

Exhibit A: Page 7 of the aforementioned menu reads, “We brew with only the finest malted barley, hops, and yeast imported from the British Isles, with no chemicals or additives. We disdain synthetics, scientists and their accompanying apparatus.”

McGuire’s head brewer, Mike Helf, says that the entire menu is written in jest. “Without chemistry, there would be no brewing,” he says. Helf tells Newscripts he takes brewing cues from traditional techniques. For instance, he adjusts pH with acidulated malt rather than phosphoric acid and doesn’t use sodium benzoate preservatives. He invites chemists offended by the joke to come in for a pint: “We’ll take good care of you.”

Comments
CMcC (January 15, 2014 5:48 PM)
Unfortunately I came across chemical-free beer when we were in New Orleans last spring for the ACS national meeting. I opted for the Diet Coke instead.