The Next Wave In Rare Disease Funding 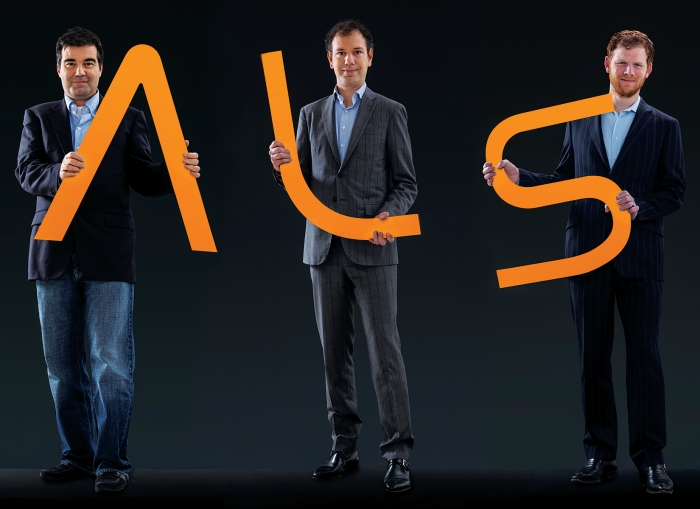 Credit: Qurit
After being diagnosed with ALS, Muller (from left), Jan Stuit, and van Soest started Qurit to fund cures.

When Garmt van Soest was diagnosed with amyotrophic lateral sclerosis, or ALS, a rare and fatal neurodegenerative disease, in August 2013, everyone told him, “Well, that’s it. There’s nothing you can do,” he recalls.

But instead of giving up, van Soest, a consultant at Accenture, decided to put his professional skills to work. After meeting two other European executives with ALS through a patient group, he began thinking about finding a cure. He thought, “Why not see if we can’t fix this problem, instead of accepting that this is it?”

Last month, van Soest, Bernard Muller, and Robbert Jan Stuit announced the launch of Qurit Alliance, an investment fund focused solely on ALS. The goal is to raise roughly $135 million to sink into firms developing treatments for the disease.

Van Soest and his partners are part of a growing trend among patient advocates to think creatively about how to support drug development for their rare diseases. Traditionally, disease-focused nonprofits mainly provided grants to academic scientists doing basic research. More recently, nonprofits have begun directly funding drug discovery at companies, often with conditions such as repayment of the funds or a royalty if a drug is approved.

Now, as venture capital money for early-stage companies dries up and risk-averse big pharma firms want more and more data before licensing projects, patient advocates are taking their funding activities to the next level: They are finding ways to help start or take an ownership stake in biotech firms.

From conception to launch, Qurit was established at a breathtaking pace. Van Soest called his two cofounders together in late 2013. Muller, a serial entrepreneur, and Jan Stuit, a managing director at an investment firm, had been diagnosed in 2010 and 2011, respectively, and had in the interim started Project MinE, an effort to sequence the DNA of some 15,000 people with ALS and compare it to a control group in the hope of finding genetic links to the disease.

Van Soest added to their ambitions with the notion of the fund. Within a few months after getting the news that he had ALS, he had completed a deep analysis of the ALS drug development field. In January, the trio met with industry experts and some colleagues from Accenture, which has given van Soest the freedom to pursue cures as his full-time job, to create the foundation for the fund.

Last week, the three men held an investor day where they laid out the science and business case for putting money into their fund. Now, they are waiting to see who will bite. Their hope is to attract so-called impact investors—philanthropists who are apt to give more money if there’s the promise of a return, even if it’s a long way off.

Normally, raising the money for a fund takes about two years, van Soest says. Qurit is divided into two funding rounds, the first of which is intended to raise less than half the total and close before the end of this year. That structure will allow Qurit to make its first investments in 2015.

The three entrepreneurs have not provided many specifics about their investment strategy, but van Soest says they have done deep market research to identify 160 companies actively pursuing, interested in pursuing, or with technology that could be applied to ALS. The annual incidence of the disease is only two out of every 100,000 people, but a drug that cures it could be worth as much as $2 billion per year, advocates say.

Qurit adds to a growing array of novel funding mechanisms being used by patients or nonprofits to speed the development of drugs for rare diseases. There’s an incredible need right now for funds for all orphan disease research, notes Steve Perrin, chief executive officer of ALS Therapy Development Institute, a nonprofit developing ALS treatments. With National Institutes of Health outlays declining year after year, “creative funding models are something that for every disease, and in particular orphan diseases, will absolutely be required to get drugs moving forward,” Perrin adds.

Perrin’s ALS TDI, meanwhile, formed a for-profit subsidiary last year called Anelixis Therapeutics. ALS TDI can license internally or externally developed drug candidates to Anelixis, a setup that makes it easier to attract funding from venture capital firms and other investors that want to see data and have a clear exit strategy. Putting drug candidates into a for-profit entity means “I have something real to sell, rather than just selling hope,” Perrin notes. Meanwhile, the nonprofit retains financial ties but can continue to conduct research supported by donations.

“That proved to us that LLS can identify raw talent,” DeGennaro says. “We haven’t quite landed on the best way to do it, but I know from speaking with many of my peers that there are a number of us thinking along those lines.”

Although the new funding models are encouraging, nonprofit executives concede that hurdles remain. Running a Phase II study of a drug for a disease like ALS is expensive, Perrin notes, and $100 million, though a lot of money, can only support a few midstage drugs. Qurit will still have to lure partners down the road.

Still, for van Soest, the speed with which Qurit came together has shifted his outlook after his diagnosis. Where once there was a void, he says, now “there is hope.”

Outsourcing
The best of times in the worst of times
Outsourcing
Samsung Biologics inks supply deal with AstraZeneca
Business
Business Roundup
Share X
To send an e-mail to multiple recipients, separate e-mail addresses with a comma, semicolon, or both.
Title: The Next Wave In Rare Disease Funding
Author: Lisa M. Jarvis
Chemical & Engineering News will not share your email address with any other person or company.