POWDERED ALCOHOL: WHAT IT IS AND HOW YOU MAKE IT
Credit: C&EN/YouTube
C&EN's Jeff Huber and Sophia Cai visited chemistry professor Matt Hartings at American University to learn about--and taste--powdered alcohol.

The company Palcohol recently made headlines when labels for its powdered alcohol products were approved by the U.S. Alcohol & Tobacco Tax & Trade Bureau (TTB). But just as we were pondering the possibility of toting drink powders into Kiss reunion concerts or sprinkling it on Frosted Flakes cereal, TTB retracted its approval, leaving the Newscripts gang to wonder how you convert alcohol into powder anyway. 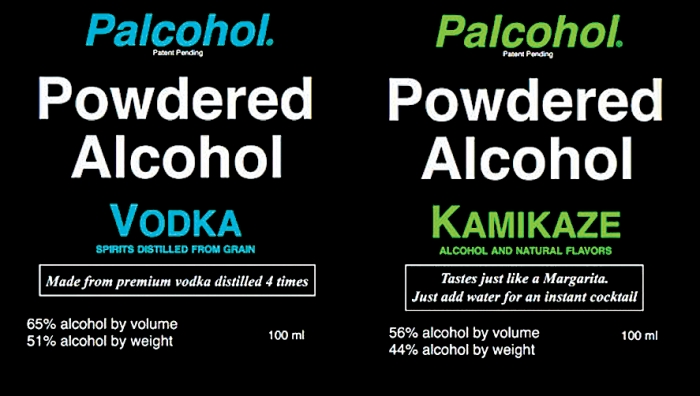 The process isn’t so mysterious, it turns out. Chemists have known for decades that alcohol can be absorbed by short chains of glucose called dextrins, or even better, by cyclodextrins. One chemist even patented the idea in the 1970s.

Popular Science editor Paul Adams recently posted his own recipe online for making powdered alcohol from maltodextrin. Newscripts wanted to test it out for ourselves, so C&EN staffers Sophia Cai and Jeff Huber recently visited Matt Hartings, a food chemistry expert and professor at American University, for a powdered alcohol happy hour.

Armed with vodka, the grain alcohol Everclear, and the maltodextrin food product N-Zorbit M, they performed some high-proof experiments, followed by a taste test. Vodka, which is only 40% alcohol, contains far too much water to produce anything more than an alcohol-dextrin soup, they found. But 90 g of Everclear, which is 95% alcohol, mixed with 100 g of N-Zorbit M produced a nice fluffy powder.

The powder itself wasn’t particularly appetizing: “It really coats your tongue,” Cai grimaced. But a splash of Capri Sun juice drink turned the powder into a reasonable facsimile of a sorority house cocktail.

Hartings mused about Palcohol’s commercial potential. The sheer volume of powder needed for one drink makes it impractical for smuggling into nightclubs, he noted. “But this stuff would be awesome for making alcoholic ice cream,” he said. “If that’s the case, then these guys are really onto something.”

Ingo Althöfer, a mathematics and computer science professor at Friedrich Schiller University, in Jena, Germany, and longtime Lego enthusiast, reports in the March-April issue of the Annals of Improbable Research that he has observed myriad complexes of Legos that form after a vigorous tumble in a washing machine.

Althöfer says he became “curiously obsessed” by the phenomenon and spent nearly five months running loads of Legos and other types of toy bricks in his Miele washer. “Some of the randomly formed complexes are beautiful,” he enthuses. 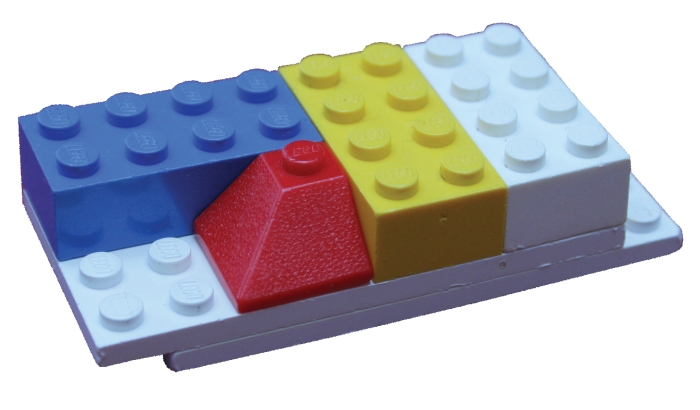 Others think so, too. Althöfer says he’s sold some of his washing-machine-generated complexes under the name Art Emiele (named after his washing machine).

Some of the randomly formed complexes are “scientifically and technically interesting,” Althöfer says. To describe the structures formed, he invokes a term, “SNOT,” used by the fan group Adult Fans of Lego (AFoL) that stands for “Studs Not On Top.” A SNOT structure is assembled so that not all of a brick’s pins are on top. He notes: “The washing machine realized a basic SNOT complex: a flat 2 x 2 tile keeps two normal 3 x 2 bricks together, with pins looking in opposite directions.”

Althöfer tells C&EN that his work has drawn attention from the German AFoL scene and has gotten some encouraging remarks from the Lego company itself.

He also proposes that because the washing machine generates random brick complexes, it can be considered a Monte Carlo sampler device, analogous to the computer algorithms that use repeated random sampling to generate models.