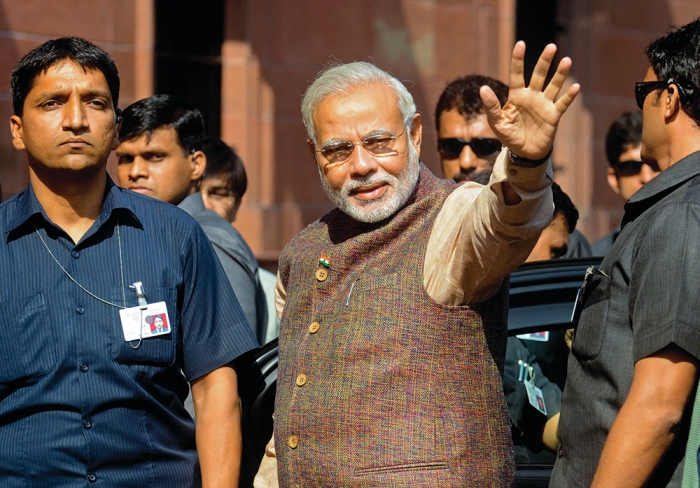 After winning decisively at the ballot box, Narendra Modi was sworn in last week as India’s new prime minister. The former head of the state of Gujarat, where he implemented business-friendly policies, Modi is being hailed by business leaders who hope that the quality of infrastructure and public governance in India will improve.

Modi is also a controversial figure. Until last month, the Obama Administration banned him from travel to the U.S. because of his alleged role in encouraging anti-Muslim riots that killed more than 1,000 people in Gujarat in 2002.

The current focus, however, is on the impact Modi could have on India’s economy. After the election, the Confederation of Indian Industries, a business group, lauded Modi’s stress on growth and development and said that it “looks forward to a new era of reform and liberalization of the Indian economy.”

Manish Panchal, who heads the chemicals and energy practice at Tata Strategic Management Group, an Indian consulting firm, points to Modi’s success in Gujarat. The state, he says, produces 62% of India’s petrochemicals, half of its chemicals, and more than one-third of its pharmaceuticals.

A Modi government, Panchal expects, will be more effective than its predecessor in raising the quality of India’s flagging infrastructure. Another challenge will be streamlining the regulatory system. “It was prone to delays and clearances required on multiple fronts, be it in land acquisition, environmental clearances, or the disposal of wastes,” Panchal says. Gujarat’s regulations are simpler than those in other parts of India, and he expects similar rules to be rolled out nationwide.

Shortly after being sworn in, India’s new minister for chemicals and fertilizers, Ananth Kumar, vowed that he will strengthen efforts to build chemical industrial parks in the states of Assam, Odisha, and Tamil Nadu. Years ago, India announced plans for four such parks, but only the one in Gujarat is currently running, according to Panchal.

“There is a high possibility that under Modi’s tenure, the focus will be on manufacturing, value addition in the country, and regaining investor confidence,” Panchal says.

Comments
William Rubin (June 7, 2014 12:03 AM)
Not mentioned is the fact that Modi is a member of the Bharatiya Janata Party (BJP) which has close ties to the Hindu nationalist group Rashtriya Swayamsevak Sangh (RSS). In 2008, Hindu nationalists killed more than 120 Christians and forced some 50,000 people from their homes in Orissa (now Odisha). He might be good for business, but not for religious freedom and human rights.
Reply »