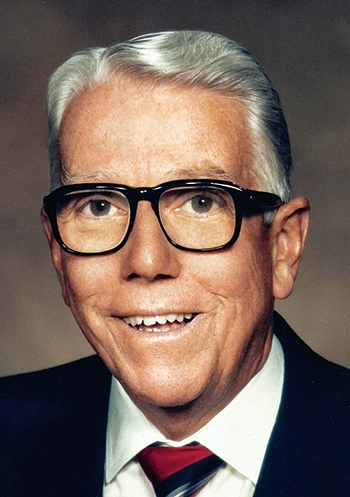 Leo F. Heneghan, 90, a retired director of research and development at Merck & Co., died at home in Fair Oaks, Calif., on Jan. 19.

He then joined Merck in Rahway, N.J., initially working on the partial synthesis of cortisone. During his 36 years with the company, he directed R&D in the former Merck Chemical Division, working in Rahway and South San Francisco. In 1977, he moved to Pittsburgh to serve as director of R&D for Calgon, then a Merck subsidiary.

Heneghan and his wife, Lorraine, were supporters of Illinois College, endowing a scholarship in 1999 and funding a prize in 1996 to benefit chemistry students. He became a member of the President’s Council for the University of Illinois Foundation in 1996, and he received an Illinois College Distinguished Service Citation in 2005. He was an emeritus member of ACS, joining in 1949.

After retiring in 1986, Heneghan returned with his wife to California to enjoy golf, travel, and family reunions.

He is survived by his wife of 60 years; sons, David and Doug; daughters, Ann Klinefelter and Elizabeth Ondaatje; and 10 grandchildren.