[+]Enlarge
Credit: Shutterstock
Rust recall: Paint that could prevent this disaster would save the military millions. 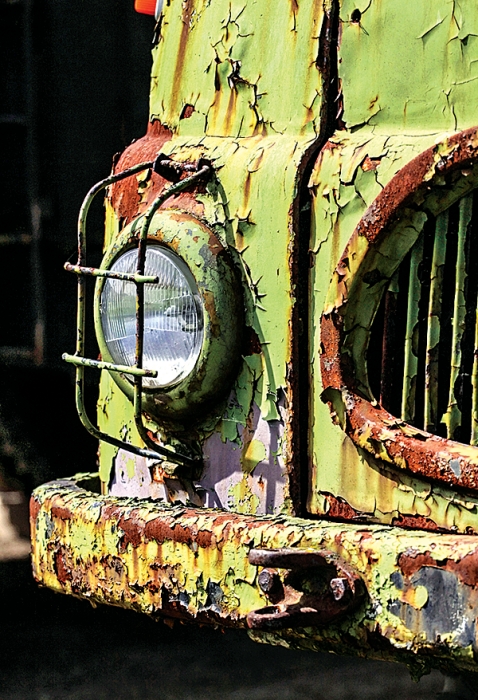 Credit: Shutterstock
Rust recall: Paint that could prevent this disaster would save the military millions.

It’s a sports car owner’s dream: paint that quickly seals up the smallest scratch in a perfect paint job. No more worries about wayward shopping carts in the Walmart parking lot.

Gunfire and off-road terrain are just two of the many causes of extreme nicks and dings. Those challenges are what first prompted the Office of Naval Research to search for self-healing paint, says Marine Capt. Frank Furman.

The Marines don’t care much about the aesthetics of their armored vehicles, Furman explains, but they do care about rust. Even a small reduction in the amount of corrosion on its vehicles would save the military millions of dollars in repainting costs per year.

When chemist Jason Benkoski of Johns Hopkins University Applied Physics Laboratory first started thinking about self-healing paint in 2008, he decided microcapsules were the solution. The capsules would break when the paint is scratched, their inner liquid oozing into the gap. Plus, Benkoski reasoned, the capsules could be added to the primer the military already uses.

After trying a few different capsule-liquid combinations, Benkoski settled on polyurea microcapsules filled with organosilane, a clear, oily liquid that can quickly flow into scratches that reach through the primer and into the vehicle’s metal body. Benkoski calls the resulting primer additive ­polyfibroblast.

The new paint filled in scratches up to 3 inches wide in lab tests, Benkoski says, and it also proved effective in short field experiments on trucks at Camp Lejeune in North Carolina. Even if the liquid didn’t fill in the whole scratch, it still greatly reduced the amount of corrosion, he adds. The team has partnered with a company to commercially produce the paint, and Furman is pushing to get it out to the whole Marine vehicle fleet soon.

The downside? The polyfibroblast repair doesn’t change the color, so scratches still look like scratches. That won’t be enough for sports car owners, who will just have to wait for a version that can match fire-engine red.

Carol Anne Bond was understandably unhappy when she found out her good friend was pregnant and the father was her own husband. But it is unlikely she thought her attempt to scare her husband’s lover would make her subject to the Chemical Weapons Convention of 1993.

Bond, a microbiologist, sprinkled a few mildly toxic chemicals—10-chloro-10H-phenoxarsine and potassium dichromate—on her rival’s mailbox, doorknob, and car handle several times between 2005 and 2007. The victim received only a minor burn to her thumb.

[+]Enlarge
Credit: Shutterstock/C&EN
Mailbox mayhem: Toxic chemicals planted on a mailbox are not a war crime. 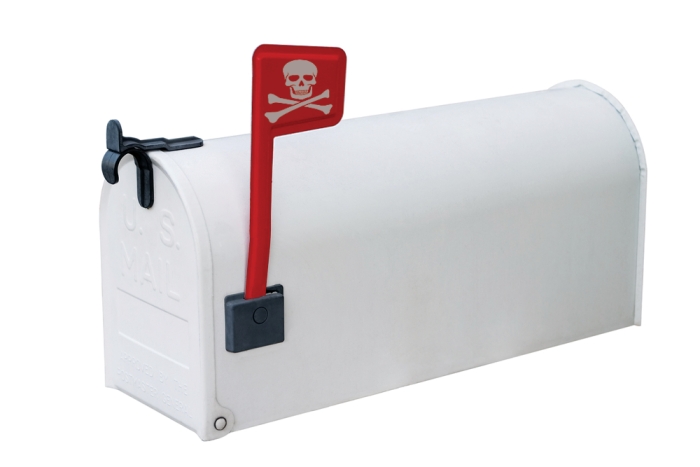 Credit: Shutterstock/C&EN
Mailbox mayhem: Toxic chemicals planted on a mailbox are not a war crime.

The postal service set up surveillance and eventually caught Bond in the act. Federal prosecutors charged her with violating the Chemical Weapons Convention. She was convicted and sentenced to six years in prison.

In a U.S. Supreme Court case that concluded last month, Bond’s lawyers successfully argued that Congress meant the chemical weapons ban to apply to war crimes such as the release of mustard agent, not to a spurned wife. A majority of the court agreed that such a broad reading of the chemical weapons ban “would sweep in everything from the detergent under the sink to the stain remover in the laundry room” and sent the case back to the lower court to decide what to do.

As an example, Chief Justice John G. Roberts Jr. suggested the law was so broad it might be used to convict parents who sneaked a dose of vinegar to the goldfish if their kids weren’t cleaning the fishbowl. The kids might consider that an act of war.

Science Communication
Chemistry spelled out on vanity plates and Barbie gets a science makeover for kids’ meals
Environment
EPA moves to ban uses of trichloroethylene
Materials
The Nazi origins of deadly nerve gases
Share X
To send an e-mail to multiple recipients, separate e-mail addresses with a comma, semicolon, or both.
Title: Self-Healing Paint, Chemical Weapons At Home
Author: Andrea Widener
Chemical & Engineering News will not share your email address with any other person or company.