Cities ban food and beverage containers made with the plastic foam

DEBRIS
[+]Enlarge
Credit: Heal The Bay
Polystyrene cups and other plastic items often wash up along a beach in Santa Monica, Calif., near a storm drain after rainstorms. 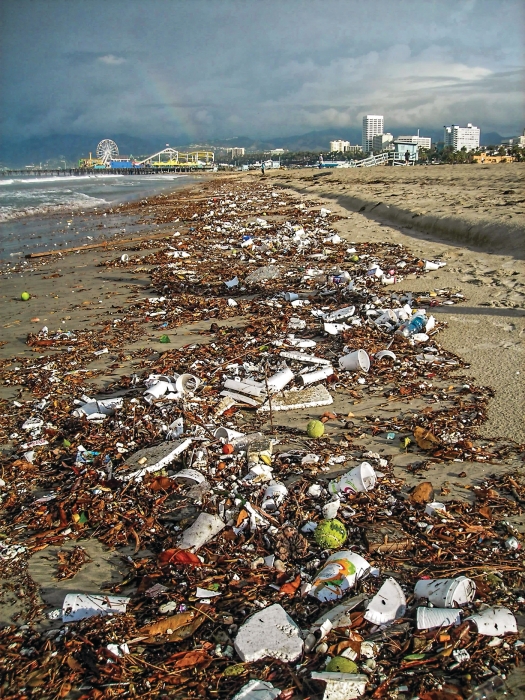 Credit: Heal The Bay
Polystyrene cups and other plastic items often wash up along a beach in Santa Monica, Calif., near a storm drain after rainstorms.

From Seattle to San Clemente, Calif., scores of cities on the West Coast have nixed the use of polystyrene foam coffee cups and hinged carryout containers within their boundaries. They cite environmental concerns as the key motive for their action. Polystyrene doesn’t biodegrade, often ends up as unsightly litter in waterways, contributes to plastic pollution in oceans, and is difficult to recycle if contaminated with food.

This trend of banning food and beverage containers made of polystyrene is spreading. Last month, New York City adopted a law that could lead to a ban of these food service items as of 2015. Boston, Chicago, and Washington, D.C., are among other cities considering prohibitions on these ubiquitous plastic items.

Municipal bans on polystyrene foam aren’t new. A handful of smaller cities banned food containers made with polystyrene foam in the late 1980s and early 1990s. Back then, a major concern was that the material was blown into foam with chlorofluorocarbons, which deplete stratospheric ozone. Years ago, foam product manufacturers addressed the concern by switching to hydrocarbon expansion agents, primarily pentane, according to ACC. These chemicals don’t harm the ozone layer.

After the switch, local action against polystyrene food service containers died down for more than a decade. But in recent years, a growing number of cities, towns, and counties, mainly in California, have barred the use of polystyrene food and beverage items. More than 70 jurisdictions in the Golden State now have bans, according to Californians Against Waste, an environmental group that has supported legislation aimed at such prohibitions in the state.

ACC, meanwhile, is working hard to convince localities, including New York City, that polystyrene food containers shouldn’t be banned because they can be recycled. A study ACC commissioned finds that half of the population in the 50 largest cities in California has access to recycling of polystyrene foam, including food service items. Only 16% of the U.S. population has access to such recycling, the study notes.

That’s because recyclers of polystyrene foam generally accept only clean, dry materials, such as those used to package electronic equipment or appliances for shipping. In contrast, food contamination needs to be cleaned from foam containers to render the plastic recyclable, say Gordon and Sue Vang, a policy associate at Californians Against Waste. 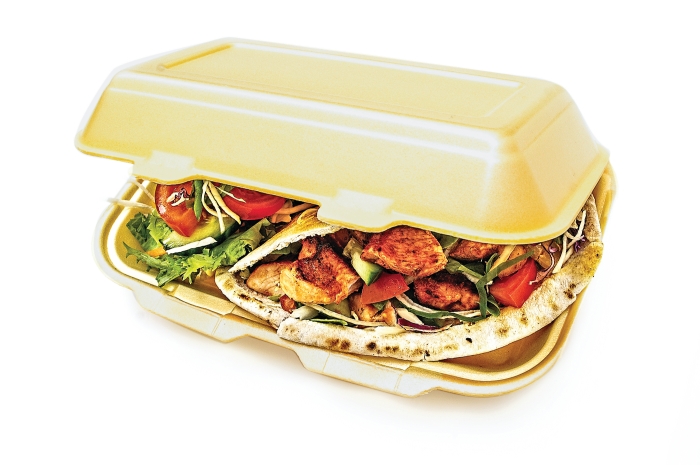 If recyclers do the cleaning, this process can cost more than they can recoup by selling the reclaimed material, Vang says. Alternatively, governments or institutions such as schools that use the foam containers would have to clean them—and absorb the cost of doing so—before recyclers will accept the materials, Gordon adds.

ACC also argues that prohibitions on polystyrene foam containers jack up costs. A study done on ACC’s behalf predicts that a New York City ban would collectively impose tens of millions of dollars in annual costs on restaurants, vendors, and the city itself, which serves food at jails and schools on items made of polystyrene foam. The financial projections in the study didn’t stop the city from adopting its law in December 2013.

But that legislation, which is intended to reduce foam containers’ contribution to the city’s garbage, doesn’t guarantee that New York City will get rid of them. That’s because the law includes a provision sought by the chemical industry.

The provision requires the city’s sanitation commissioner to determine by the end of 2014 whether polystyrene food containers can be recycled in an “environmentally effective, economically feasible” way that is safe for workers who collect and sort recyclable materials. Before making this decision, the commissioner must consult with producers and recyclers of expanded polystyrene as well as with the contractor who handles plastic recycling for the city.

If the sanitation commissioner determines that these food containers can be recycled, a ban would not occur. Instead, New York City would come up with a plan for collecting the plastic foam products for recycling. But if recycling is not possible, a polystyrene ban will take effect in 2015.

ACC expressed confidence that New York City will end up allowing continued use of food and beverage containers made of polystyrene. “Recycling polystyrene foam in New York will help reduce the city’s waste stream, create a new source of revenue for the city, and limit the burden a ban would have placed on small businesses,” the industry group says.

Should the city have to implement the ban, the law would also prohibit the sale of another popular polystyrene product—peanut-shaped packing materials.

A market of more than 8 million residents and plenty of tourists is at stake in the Big Apple. This is likely to motivate producers of polystyrene service items, who oppose the ban, and proponents of it, including environmentalists and makers of paper food containers, to sharpen their arguments this year.

Whatever course of action New York takes will likely sway other cities to follow suit.

Sustainability
US Senate passes sustainable chemistry legislation
Environment
P2 and ADM pair up for renewable products
Recycling
Coca-Cola bottler invests in recycling
Share X
To send an e-mail to multiple recipients, separate e-mail addresses with a comma, semicolon, or both.
Title: Sayonara, Polystyrene
Author: Cheryl Hogue
Chemical & Engineering News will not share your email address with any other person or company.