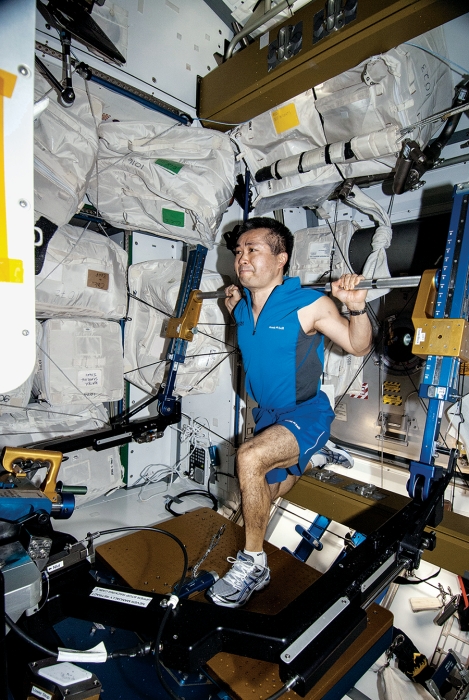 On July 13, a cargo spacecraft that launched from NASA’s Wallops Flight Facility, in Virginia, headed for the International Space Station. The spacecraft carried to the station nearly 3,300 lb of supplies, including science experiments, spare parts, food, and new duds for the astronauts working there. NASA hopes the clothing, which is lighter and possibly better at resisting microbes and odor than previous astronaut apparel, will last longer.

Because it costs about $40,000 per lb to ship equipment to the station, lightweight clothing is key for space residents, according to Discovery News. Cotton clothes for a crew of six for a year weigh about 900 lb, NASA says.

And because washing clothes would consume valuable water aboard the station, it doesn’t happen. Instead, astronauts wear the same slacks for a month or so, then discard them. The last part of the cargo craft’s mission, in fact, is to take the station’s trash back into Earth’s atmosphere, where it will burn up.

Astronauts work out frequently on specially designed equipment aboard the station to counteract the bone weakening and muscle loss that come from living in a gravity-free environment. The exercise clothes they are now testing are made of merino wool or polyester, NASA says.

According to Discovery News, some of the exercise clothes are treated with a formulation of 3-(trimethoxysilyl)propyldimethyloctadecyl ammonium chloride, which manufacturer PureShield says disrupts microbial membranes. Others are impregnated with copper, which is supposed to be toxic to microbes at high doses.

Astronauts will wear the new clothes and then take questionnaires about the experience to help NASA decide which fabrics work best. According to NASA engineer Evelyne Orndoff, skin can become more sensitive in space, so something comfortable on Earth may not work on the station.

Meanwhile, back on Earth, an engineer is busy describing cities as crystalline materials.

Massachusetts Institute of Technology engineering professor Franz-Josef Ulm normally studies the molecular structure and mechanics of materials such as cement. He was out with a colleague one day when they saw an aerial view of a town that seemed to have a kind of “molecular texture,” he says. 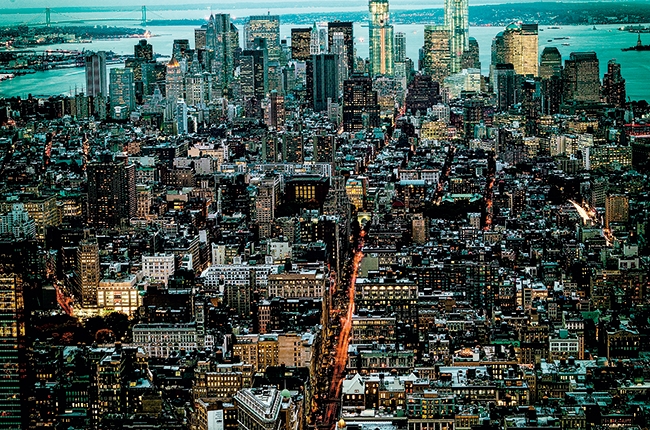 Intrigued, the pair obtained the geographic coordinates of buildings in 12 U.S. cities and analyzed them using physical chemistry parameters. One parameter is the pair distribution function, which Ulm describes as the likelihood of one building being within a particular vicinity of another. A city has an overall average density, he says, but the deviation from average among particular pairs of buildings is important. Fewer deviations mean that a material or city is crystalline, and more deviations mean that a material or city is amorphous.

The researchers also looked at cities’ ordering parameters, which describe the angular distortions of buildings with respect to one another. A perfectly ordered city would have each building surrounded by four others at the points of a square, Ulm says.

According to his analysis, New York and Chicago are crystalline cities. Boston, Houston, Los Angeles, Philadelphia, and Seattle are amorphous. Washington, D.C., falls somewhere in between.

But Ulm didn’t carry out this characterization just for fun. He and his colleagues noted that cities with more order tend to have a larger urban heat island effect, in which urban areas are warmer than surrounding rural areas. Disordered cities are cooler. So the researchers think that the analysis could be a new tool for city planners who want to mitigate things such as heat islands and their concomitant effects on energy, pollution, water quality, and health.

Materials
What fabrics make the most effective homemade masks?
Astrochemistry
Venus has a more complex atmosphere than scientists thought
Materials
Collecting Water Cactus-style
Share X
To send an e-mail to multiple recipients, separate e-mail addresses with a comma, semicolon, or both.
Title: Astronaut Apparel, Crystalline Cities
Author: Jyllian Kemsley
Chemical & Engineering News will not share your email address with any other person or company.