[+]Enlarge
Credit: Newscom
Bumper-in-chief: President Obama may already know about the benefits of the fist bump. 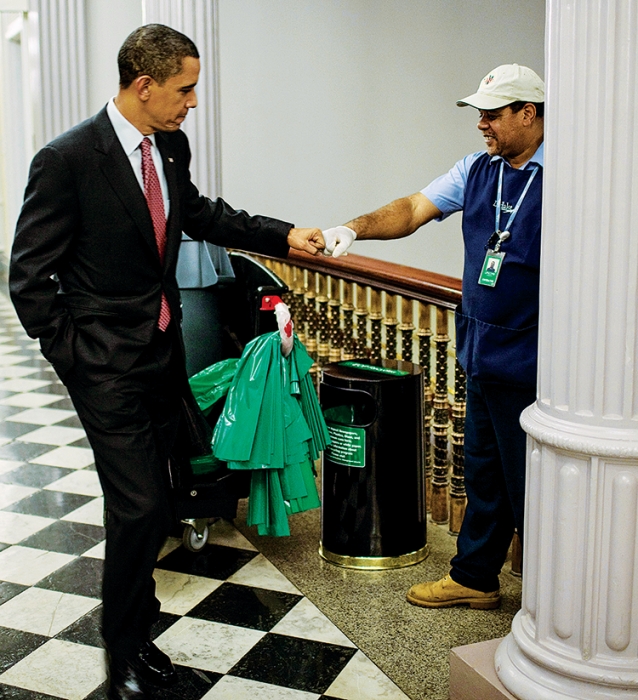 Credit: Newscom
Bumper-in-chief: President Obama may already know about the benefits of the fist bump.

Next cold and flu season, when someone offers a handshake, ask for a fist bump instead. A new study found that bumping fists is a significantly more hygienic greeting, transferring far fewer germs than a handshake.

Sara Mela and David E. Whitworth at Aberystwyth University, in Wales, wanted to study the hygiene of greetings to find ways to limit the spread of germs in hospitals. Doctors are often encouraged to shake hands with their patients because the physical contact helps build trust and calm fears. But some doctors have started wondering if the handshake is also serving as a vehicle for passing on viruses and bacteria.

So Mela and Whitworth started looking at alternative greetings that still provide some comforting contact but reduce the transfer of germs. They focused on high fives and fist bumps because of their fleeting contact and popularity. “There had been a number of high-profile fist bumps in the news lately,” including those given by President Obama and the Dalai Lama, Mela says.

The duo set up a simple experiment to determine the relative amount of bacteria transferred by each greeting. A greeting donor put on a sterile glove and then dipped her hand into a broth containing nonpathogenic Escherichia coli. The donor then either shook hands, high-fived, or fist-bumped another person wearing a sterile glove.

Mela acknowledges that before doctors adopt a new greeting, they’ll need to deal with their prejudices about it. “We just need scientists to stop saying that they’re not cool enough to fist-bump,” she tells Newscripts.

Predicting cultural trends, such as the next hip greeting, isn’t easy. Movie and television studios spend big bucks trying to understand what audiences will love. Now neuroscientists may have a tool to help. Researchers report that they can use similarities in the brain activity of a small group of people to predict how large audiences will respond to television shows and commercials. 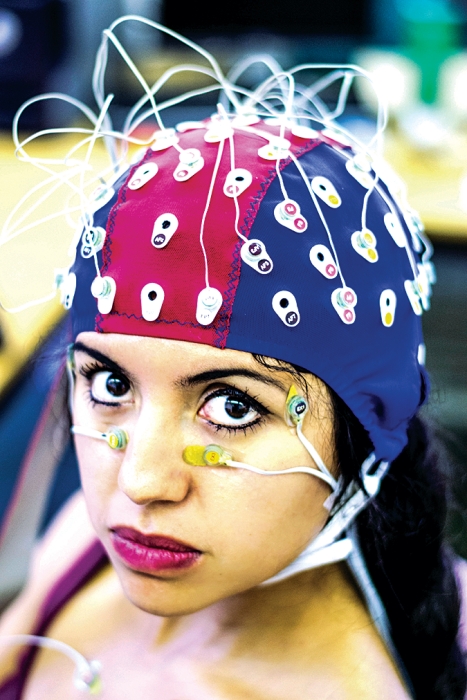 In the new study, Jacek P. Dmochowski of Stanford University and his colleagues recruited a dozen or so volunteers to watch either the pilot episode of “The Walking Dead” or commercials aired during the 2012 and 2013 Super Bowls. They recorded the subjects’ brain activity using electroencephalography and measured the similarity of the fluctuations among the group. “Basically, we’re asking if they go up and down together,” Dmochowski says.

Next they collected data on how people in general responded to the show and commercials. For “The Walking Dead” they turned, in part, to Nielsen ratings to see how many people were tuned in at each minute of the show. For the commercials, they relied on ratings collected through an online Facebook-USA Today poll of Super Bowl ads.

Dmochowski and his colleagues found that the degree of similarity in their subjects’ brain waves strongly correlated with viewership numbers for the TV show and with the average rating for each commercial (Nat. Commun. 2014, DOI: 10.1038/ncomms5567). So content that appeals to large numbers of people stimulates our brains in a stereotypical way, the researchers concluded.

This phenomenon could be used not only to predict box office returns, but also to design online educational material that engages a broad audience, Dmochowski says. Also, it shows that researchers can “converge on a population’s behavior with just a few people’s brains,” he says.

Food
A chemist enters a popular TV baking competition, and a cat food discovery
Neuroscience
Laugh tracks and pen lassos are making us giggle
Modeling
Machines and cockatoos are learning new moves
Share X
To send an e-mail to multiple recipients, separate e-mail addresses with a comma, semicolon, or both.
Title: Fist Bump Benefits, Predicting Audiences’ Tastes
Author: Michael Torrice
Chemical & Engineering News will not share your email address with any other person or company.