[+]Enlarge
Credit: Shutterstock
The most common use of formaldehyde is in production of synthetic resins used as adhesives in composite wood products. 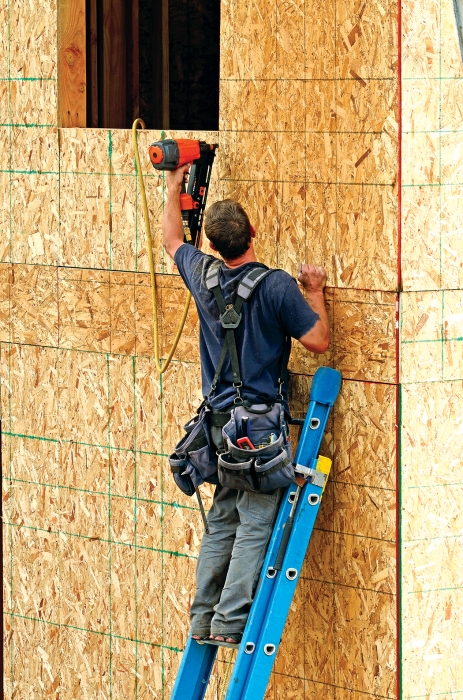 Credit: Shutterstock
The most common use of formaldehyde is in production of synthetic resins used as adhesives in composite wood products.

Formaldehyde is a human carcinogen, the National Research Council (NRC) says in a new report. It upholds a federal classification of the chemical that industry has vigorously disputed.

The National Toxicology Program (NTP) labeled formaldehyde as “known to be a human carcinogen” in its 2011 “Report on Carcinogens.” In response to industry criticism of the listing, Congress asked NRC to scrutinize NTP’s assessment.

NRC reviewed NTP’s work and conducted its own independent assessment of formaldehyde studies. Sufficient scientific evidence exists to support an association between formaldehyde and cancer in people, the NRC report concludes.

This listing does not necessarily mean people’s health is at risk from any particular use of formaldehyde. The “Report on Carcinogens” is a hazard assessment and does not factor in data on exposure.

People are exposed to formaldehyde from a variety of sources including tobacco smoke and building materials such as plywood that contain formaldehyde-based glue. Workers in the furniture, textile, and construction industries, among others, are also exposed on the job to the substance. Human cells also produce formaldehyde.

The American Chemistry Council, a chemical manufacturers trade group, says the new report appears to conflict with the conclusions of a 2011 NRC report that found fault with the Environmental Protection Agency’s draft hazard assessment of formaldehyde. Calvin M. Dooley, CEO of the industry group, says, “We are perplexed as to why today’s report differs so greatly.” He says, “This reinforces the need for a comprehensive and fully integrative analysis of formaldehyde science in the U.S.”

Industry has a vested interest in buying time by continuing to question the science around formaldehyde’s hazards, says Richard Denison, senior scientist at the Environmental Defense Fund, an activist group. Chemical companies want to stave off potential federal regulation of the compound to retain a profitable market for formaldehyde and formaldehyde-containing substances, he says. But the report from NRC, “the most august scientific body in the country,” Denison says, “couldn’t be stronger in its endorsement of NTP’s findings.”

The formaldehyde report is the second in two weeks from NRC that upholds NTP’s classification for a commercial chemical and pushes back against industry arguments that the agency’s listings aren’t scientifically sound. At the end of July, NRC affirmed that styrene should at least be listed as a “reasonably anticipated” human carcinogen.

Comments
Bill Johnson (August 20, 2014 5:01 PM)
Is there formaldehyde in printed circuit boards ? What happens when they are heated or burned
Reply »