Historic mission to eradicate toxic materials at sea is complete 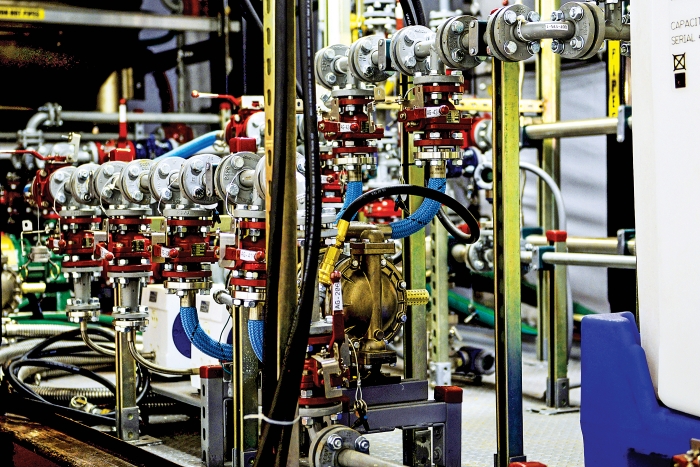 The U.S. last week completed the destruction of the deadliest components of Syria’s declared stockpile of chemical weapons material at an undisclosed site in the Mediterranean Sea.

Military and civilian specialists aboard a U.S. government cargo ship, the MV Cape Ray, neutralized 581.5 metric tons of methyl­phosphonyl difluoride (DF), a chemical used to make the nerve agent sarin, and 19.8 tons of liquid sulfur mustard, a blistering agent, says the Organisation for the Prohibition of Chemical Weapons (OPCW). That United Nations-affiliated group, which has been overseeing the operation, is based in The Hague.

The destruction of these agents by hydrolysis began in early July and was finished several weeks ahead of the 60 days the U.S. had initially estimated would be needed.

OPCW inspectors aboard the Cape Ray say they have verified that no chemicals escaped into the sea. The ship will now transport the effluent from the hydrolysis operations to Finland and Germany, where it will be offloaded for disposal at land-based facilities.

Disposal of about 700 tons of less dangerous chemical weapons components from Syria is taking place in commercial incinerators in Finland, the U.K., and the U.S. “Destruction activities are under way in all locations,” OPCW says.

President Barack Obama says the international effort to remove and destroy Syria’s chemical weapons “sends a clear message that the use of these abhorrent weapons has consequences and will not be tolerated by the international community.”

He also says the U.S. will “watch closely to see that Syria fulfills its commitment to destroy its remaining declared chemical weapons production facilities.”

Syrian President Bashar al-Assad agreed to surrender his nation’s 1,335-ton arsenal last fall when the U.S. threatened missile strikes after a sarin attack killed hundreds of people in a rebel-held suburb of Damascus. Under an agreement brokered by the U.S. and Russia, the chemical agents were loaded onto ships in the Syrian port of Latakia for destruction outside the war-torn country.

But no European or Mediterranean country would volunteer to import the most lethal warfare agents for destruction. So the U.S. came up with a plan to destroy them on a ship outfitted with two hydrolysis units.

Chemical neutralization at sea had never been done before, but the U.S. spent years disposing of its own chemical weapons on land. The system aboard the Cape Ray evolved from a hydrolysis process used a decade ago by the U.S. military to neutralize mustard agent.

“If you had to do this from scratch, it would have been impossible,” says Adam Baker, a chemical engineer and project manager with the U.S. Army Edgewood Chemical Biological Center at Aberdeen Proving Ground, in Maryland. “But our team had a lot of experience in destroying DF and mustard agents.” The now-shuttered Aberdeen Chemical Agent Disposal Facility destroyed nearly 1,500 tons of mustard gas agent between 2003 and 2006.

“So there was a lot of knowledge here that was used,” Baker says. “We also had two surplus reactors that are now on the Cape Ray. Having it all ready to go made it possible.”

The Pentagon directed the Edgewood team to develop a plan in February 2013 and implement it by July 1. In those five months, Baker says, engineers compressed the land-based process into a mobile system that could be transported in shipping containers.

The two Field Deployable Hydrolysis System units aboard the Cape Ray mixed the chemicals in titanium-lined reactors with water and reagents. The mixture was then heated, leading to a reaction that reduced the toxicity of the chemicals by at least 99.9%, according to U.S. military officials. The result was an acidic liquid that was treated to raise its pH and render it slightly caustic. This effluent is being stored in containers on the ship until it’s delivered to the commercial waste treatment facilities in Finland and Germany.

With the Cape Ray mission complete, military officials will decide on a long-term plan for the field-deployable hydrolysis capability. Other countries that have stockpiles of bulk liquid agent could find the technology useful, Baker says.

“It’s just a matter of what the agents are, going back to the bench chemistry, figuring out how they need to be mixed, and seeing how best to do that in this system,” he says. “When we designed it, we put as much flexibility into the system as we could.”

Pollution
Mercury makes it deep into marine trenches
Sustainability
US Senate passes sustainable chemistry legislation
Environment
P2 and ADM pair up for renewable products
Share X
To send an e-mail to multiple recipients, separate e-mail addresses with a comma, semicolon, or both.
Title: Destroying Syria’s Chemical Weapons
Author: Glenn Hess
Chemical & Engineering News will not share your email address with any other person or company.