Shale plus a lot of new polyethylene plants equals boom times for the U.S. industry 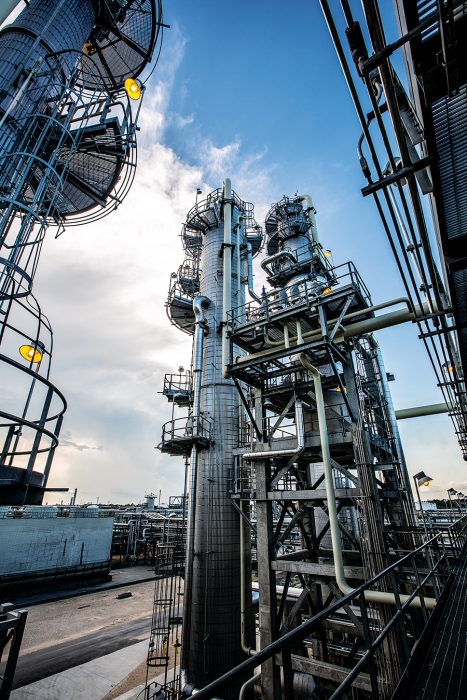 A big expansion of the U.S. α-olefins industry is following closely behind the country’s wave of multi-billion-dollar ethylene and polyethylene projects. Almost every firm that can invest in new α-olefins plants in the U.S. is already doing so or has plans to.

Altogether, companies are planning about 900,000 metric tons of annual α-olefins capacity in North America by the end of the decade on top of 350,000 that has recently opened, according to the consulting firm Nexant. If built, that capacity will represent almost a 70% expansion over 2013 levels.

The boom, although sizable, shouldn’t come as a surprise. As makers of an ethylene derivative, α-olefins producers are tapping into plentiful supplies of the ethylene feedstock ethane, which energy firms are extracting from cheap natural gas. At the same time, shale is also providing α-olefins firms with a burgeoning end market—the herd of polyethylene plants that will open over the next several years.

Shale is enhancing the U.S.’s already strong position in α-olefins, points out William L. Tittle, a principal consultant at Nexant. “The U.S. has traditionally been a big part of the global scene,” he says. “And with the shale gas, and its resulting ethylene cost advantage, now it’s got that.”

α-Olefins are a curious enclave within the petrochemical industry. Unlike other petrochemical sectors where dozens of rivals can compete, the α-olefins industry is dominated by three major players: Shell Chemicals, Ineos, and Chevron Phillips Chemical.

The big three earned their positions by long ago mastering the ethylene oligomerization process, which yields α-olefins from butene all the way to products containing 20 or more carbons. This wide range means suppliers must serve unrelated markets such as plastics, detergents, and lubricants.

The C4 to C8 α-olefins are used as comonomers with ethylene in linear low-density polyethylene (LLDPE) production. The α-olefin chains branch off from the main backbone of the polymer, improving properties such as toughness and clarity.

LLDPE is by far the largest end use for α-olefins, composing 43% of the market, according to Luann Farrell, a senior consultant at Nexant. It is also the fastest growing, expanding at about a 5% clip annually, while other sectors post 2 to 3% annual gains. Chemical firms are planning more than a dozen new U.S. polyethylene plants, a third of which will make LLDPE.

Because LLDPE is growing faster than other α-olefin markets, companies have developed technologies to make comonomer-grade α-olefins “on purpose,” without the longer olefins. Chevron Phillips was first out of the gate with an ethylene trimerization route to 1-hexene. After building its first two units in the Middle East, Chevron Phillips started up a hexene plant in Texas earlier this year.

Sasol is using new ethylene tetramerization technology, which makes 1-octene as well as some 1-hexene, as a means to break into the U.S. market. The South African firm is in the process of starting up a plant in Lake Charles, La., and is considering a second one as part of a planned ethylene cracker complex nearby.

Although not a major α-olefins player, Sasol is already a contender in comonomer-grade α-olefins, which it extracts from its Fischer-Tropsch process synthetic fuels plant in South Africa.

Another attempt to break the oligopoly, a venture between the Japanese firms Mitsui and Idemitsu Kosan, didn’t pan out. The pair had an eager partner in Dow Chemical, which needs comonomers. Dow offered them ethylene, promised to buy a significant portion of the new plant’s output, and even set aside a parcel adjacent to its flagship complex in Freeport, Texas, where Dow is building an ethylene cracker.

The Japanese firms went as far as applying for environmental permits, but the project was canceled just over a year after it was announced. They didn’t say why.

Meanwhile, the big three’s plans for new, full-range α-olefins plants are taking shape. Shell hasn’t provided an update since it announced a project study in February 2013. But Chevron Phillips said two months ago that it is moving forward. And Joe Walton, Ineos Oligomers’ business director, says his company is proceeding with engineering for a plant it announced a year ago.

Walton is confident that all the shale-inspired capacity will find a market. “We do not anticipate a glut of supply resulting from the announced expansions,” he says.

Petrochemicals
After buildup, US basic chemical sector to hit pause
Petrochemicals
Gulf Coast petrochemical plants open, and new ones are planned
Business
Aramco and SABIC advance oil-to-chemicals
Share X
To send an e-mail to multiple recipients, separate e-mail addresses with a comma, semicolon, or both.
Title: α-Olefins Producers Ready Big Plants
Author: Alexander H. Tullo
Chemical & Engineering News will not share your email address with any other person or company.