A look at recent patenting activity in thin-film solar cells, brought to you by C&EN and CAS

The most widely used solar cells are made from silicon wafers and are very efficient at converting light into electrical energy. But their high manufacturing cost has motivated many scientists to explore less expensive solutions. Two lower-cost options have emerged: dye-sensitized organic or polymer solar cells and thin-film solar cells, such as those based on copper indium gallium selenide (CIGS) semiconductors. With efficiencies closer to those of silicon solar cells, CIGS solar cells are experiencing a surge of patenting interest, according to Chemical Abstracts Service databases. The number of patents describing ways to boost the energy efficiencies of CIGS solar cells has risen steadily during the past decade. A few such strategies are highlighted here. 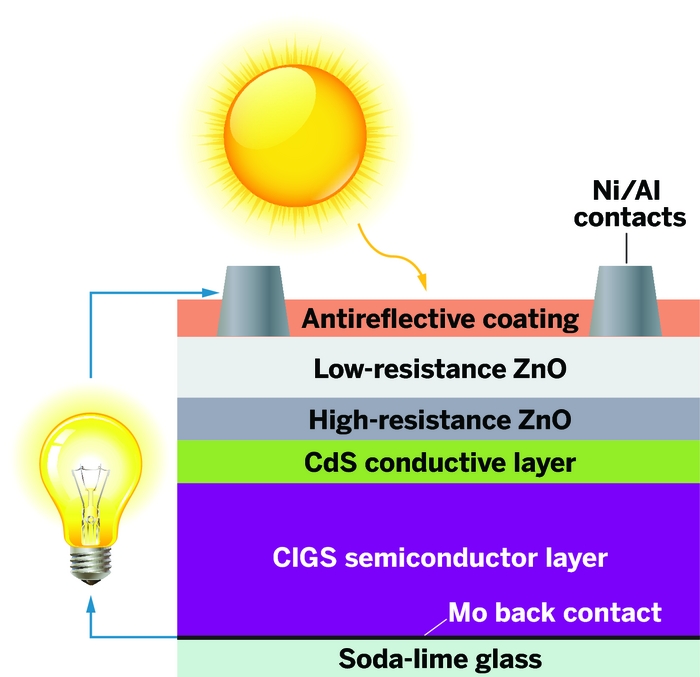 When incorporated into a CIGS solar cell’s transparent conductive layer or semiconductor layer, plasmonic nanomaterials made from gold and silver can significantly enhance energy conversion efficiency. They do so by scattering light in such a way that incident light is concentrated into the thin semiconductor layer, thereby increasing the solar cell’s ability to absorb light. But the high cost of gold and silver has hampered commercialization. Pascal J. P. Buskens and colleagues at the Netherlands Organisation for Applied Scientific Research invented a plasmonic nanoparticle that can enhance CIGS cell efficiency without the high cost (EP 2733749). The core of the nanoparticle is made from inexpensive nonmetallic materials, and the 50-nm-thick shell is made from metallic materials. The inventors discovered that the size of the nanoparticle, ranging from 50 to 250 nm, controls the amount of light scattered. If the particle is too small, scattering decreases and the incident light absorbed by the nanoparticles increases, reducing the efficiency of the solar cell. If the dimension is too large, scattering also diminishes. The inventors claim that incorporating the plasmonic nanoparticles into a CIGS cell boosts the efficiency of energy conversion by up to 44%. 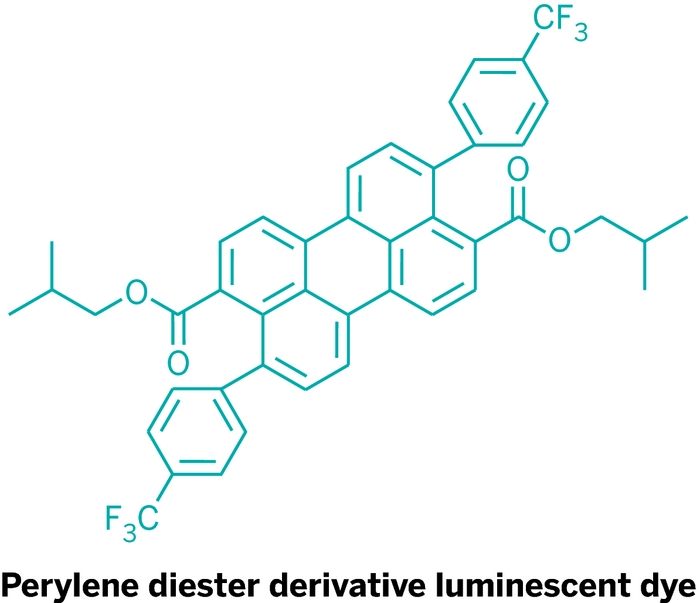 The biggest boost in CIGS solar-cell efficiency comes from cells that are built on a soda-lime glass substrate and have a molybdenum-based back contact. Researchers attribute this efficiency enhancement to the sodium that diffuses from the soda-lime glass, through the Mo back contact, and into the CIGS semiconductor layer. Changing the properties of the back contact or glass substrate influences the Na supply, thereby affecting the performance of the solar cell. This dependence also makes it difficult to maximize the Na effect. To solve this problem, Fengyan Zhang and colleagues at Xiamen University, in China, invented a Na-containing Mo film and used it in the back contact of a CIGS cell (CN 103872154). The new back contact comprises a pure Mo layer with a thickness of 10 nm to 1 µm, a 10-nm- to 1-µm-thick Na-containing Mo layer, and a second pure Mo layer with a thickness of 100 nm to 2 µm. This layer structure preserves Mo’s good electrical conductivity, photoreflectance, and adhesive properties while stabilizing Na supply and maximizing Na diffusion. The researchers claim that the new technology increases the solar cell’s energy efficiency by 16.5%.

In a conventional thin-film CIGS solar cell, the semiconductor layer can only absorb light of wavelengths longer than 514 nm. Shorter wavelength light is filtered by the CdS layer. The inability to utilize the entire spectrum of light reduces the solar cell’s overall photoelectric conversion efficiency. So the hunt is on for wavelength-downshifting luminescent materials. These materials absorb short-wavelength photons and reemit them at more favorable long wavelengths; the semiconductor layer in the cell can absorb these long-wavelength photons and convert them into electricity. Organic compounds would be cheap and easy to use for this purpose, but candidate substances have exhibited poor photostability. Zongcheng Jiang and colleagues at Nitto Denko, in Japan, recently prepared an organic luminescent medium with excellent photostability (U.S. 20130284265). The luminescent medium consists of an optically transparent polymer matrix with at least one perylene diester derivative luminescent dye. The dye absorbs photons with wavelengths less than 510 nm and then efficiently emits photons with wavelengths longer than 510 nm. When incident light passes through the medium prior to reaching the CIGS semiconductor layer in a solar cell, at least 12% more solar light energy is converted into electricity than in a conventional CIGS solar cell.

Share X
To send an e-mail to multiple recipients, separate e-mail addresses with a comma, semicolon, or both.
Title: Patent Picks: Thin-Film Solar Cells
Author:
Chemical & Engineering News will not share your email address with any other person or company.