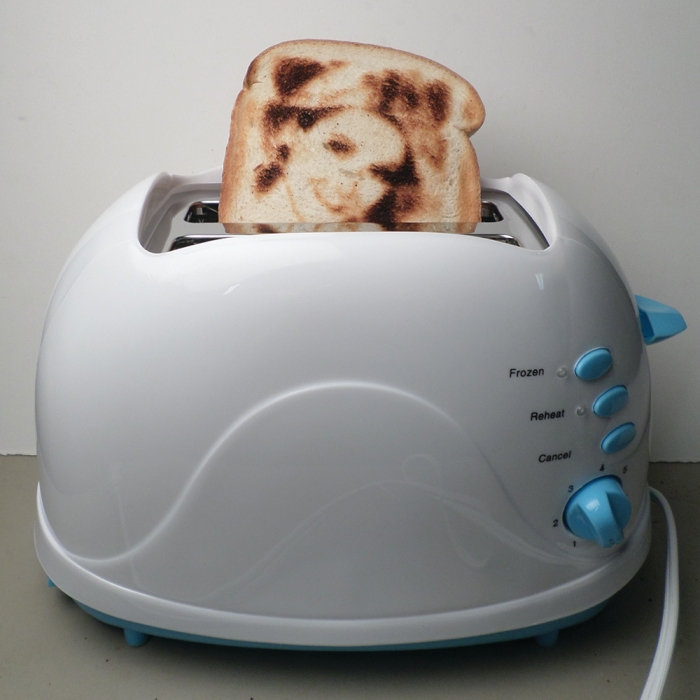 The Newscripts gang has to own up to it: We like to play with our food. So then what better way to start the day than playing with the morning toast? For those too well-bred to make a mess of it, there’s the Selfie Toaster from Vermont Novelty Toaster. The $75 toaster will burn your image on a slice of bread.

Vermont Novelty Toaster’s owner, Galen Dively, has been making custom toasters for about four years. But before he bought a computer-controlled plasma-cutting machine, high setup costs limited clientele mostly to corporations with deep pockets and an urge to make bread with their logo on it.

But now, Dively tells Newscripts, “you don’t have to be famous to have your face on toast.” Just upload your picture to the firm’s website (burntimpressions.com), and Dively will design and cut custom steel plates for your very own toaster. Pop in a slice of bread, and you too can be toast.

If custom carbs don’t thrill you, perhaps adventurous foods offer a better way to start the day. A Santa Monica, Calif.-based firm, Desert Farms, is now offering camel’s milk through retailer Whole Foods Market. Selling for a pricey $18 per pint, the logo on the bottle advises consumers to “make every day a humpday.” 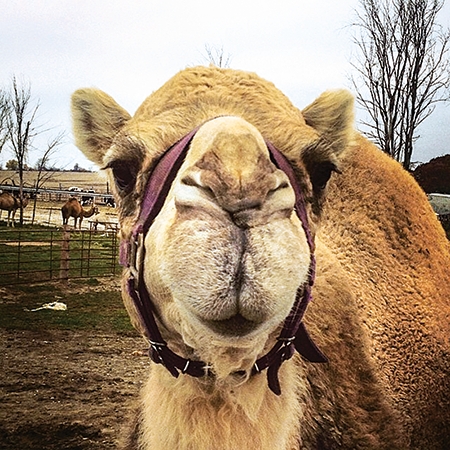 The company got its start when Walid Abdul-Wahab, a student at the University of Southern California, thought Americans just might like the taste of camel’s milk. So, he hooked up with some Amish and Mennonite farmers who raise the camels at farms across the U.S. and sell the milk to Desert Farms. The firm bottles it and also makes camel milk kefir, a type of fermented milk.

According to Desert Farms, camel’s milk is a rich source of protein and “may have antimicrobial and protective properties.” Desert Farms also says pharmacologists at King Saud University in Saudi Arabia have discovered more than 200 different proteins in the milk, including immunoglobulins, which are said to boost the immune system.

In fact, Desert Farms suggests that camel’s milk is a veritable superfood. Although some people say it tastes like a pretzel left in a glass of cow’s milk, perhaps others will be willing to jump on this caravan after they read the other health benefits Desert Farms claims for camel’s milk, including helping diabetics with wound healing and improving cognition and behavior in autistic children.

Camel’s milk may be the next superfood, but another company is taking its best shot at preserving today’s superfood for future generations.

Credit: Whoossh Innovations
Fish are attracted to and swim on their own up and over an Alaskan steep pass.

Salmon are touted for their health-enhancing omega-3 fatty acid content. But salmon often have a hard time making it upriver to spawn because of the many dams in the way. Instead of trucking or barging the salmon upriver, as is often done today, why not just shoot them there?

A company with a slightly kooky name, Whooshh Innovations of Bellevue, Wash., has a solution that takes playing with your food to new heights: the fish cannon. Fish swim into a pneumatic tube that the company calls its Whooshh transport system. By creating a seal around the fish and with “the introduction of a pressure differential,” the salmon are sucked out of the water and launched out safely on the upriver side of a dam.

The company claims that the salmon are transported “happily” upstream.