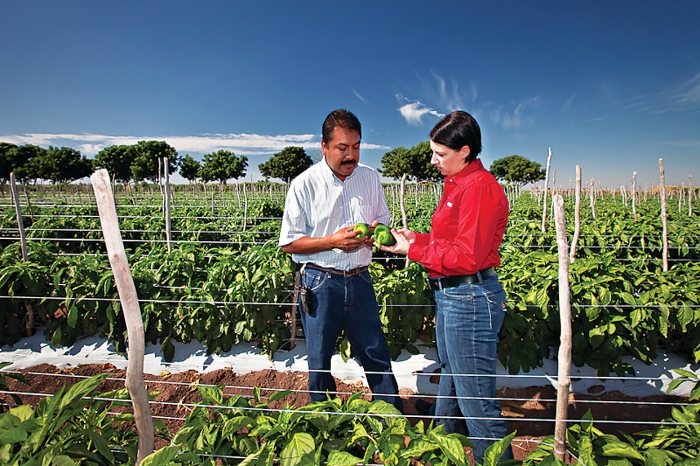 In a surprise change of direction, FMC has found a new way to focus on agriculture while getting rid of an unwanted commodity chemical business.

The Philadelphia-based company has agreed to purchase the Danish crop protection chemicals maker Cheminova for $1.8 billion. Instead of splitting itself into two publicly traded companies, as outlined in March, FMC will sell its soda ash business and stay in lithium chemicals.

In Cheminova, FMC CEO Pierre Brondeau sees a firm that will complement FMC’s existing agchem business in terms of product mix, technology, manufacturing, and geography. Some 80% of FMC’s agchem sales are from North and South America, whereas close to 40% of Cheminova’s business is in Europe, the Middle East, and Africa. Asia represents 23% of Cheminova’s sales.

“We are clearly underrepresented in Europe relative to the opportunity there. This is largely because we did not have the right portfolio or the market access,” Brondeau told analysts last week. “Cheminova solves it.”

Overall, Cheminova earned $146 million, before taxes, on $1.2 billion in sales in 2013. FMC’s own Agricultural Solutions segment earned $539 million on $2.1 billion in sales.

Instead of spinning off its soda ash and lithium businesses into a new company, FMC plans to sell the soda ash business to help pay for Cheminova. The company will keep lithium, but mostly because it has to. A minerals extraction contract with the government in Argentina, where it operates a plant, forbids a change of control of the business. The spin-off of the two businesses, which together had $970 million in sales last year, would have been allowed under the contract.

Credit Suisse stock analyst John P. McNulty estimates that the soda ash business should fetch about $1.3 billion for FMC. “The mechanism of selling versus spinning it off proved more convenient in light of the Cheminova opportunity” and the disposal of a lower-growth, commodity chemical business, he wrote to clients.

When the deals are completed, about 95% of FMC’s sales will come from its agriculture and health and nutrition businesses. Earlier this year, the firm sold its peroxygens unit.