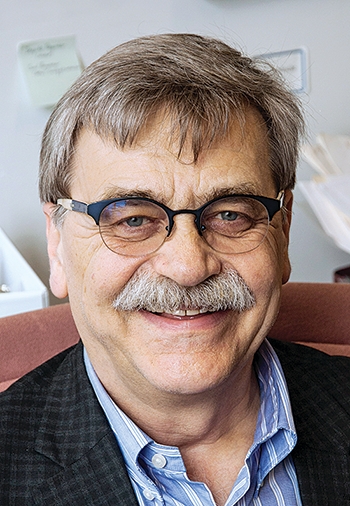 He then joined LBNL, working as an investigator until 1993, when he was named head of the Dresden-Rossendorf Research Center in Germany. He served as director of the center’s Institute of Radiochemistry and also became a full professor of radiochemistry at the Dresden University of Technology.

Nitsche returned to Berkeley in 1998 to serve as a professor in the university’s chemistry department as well as a senior research scientist at LBNL and founding director of the lab’s Glenn T. Seaborg Center, a role he held until 2002.

Nitsche’s research focused on the heaviest elements and the actinide interactions in the environment. He also confirmed the existence of element 114, which had been first synthesized by researchers in Dubna, Russia. Nitsche received the Hevesy Medal earlier this year.

He joined ACS in 1984 and served as chair of its Division of Nuclear Chemistry & Technology in 2007. He was also a member of the German Chemical Society and German Nuclear Society.

Nitsche is survived by his wife, Martha Boccalini, whom he married in 1989.

Obituary notices of no more than 300 words may be sent to Susan J. Ainsworth at s_ainsworth@acs.or and should include an educational and professional history.