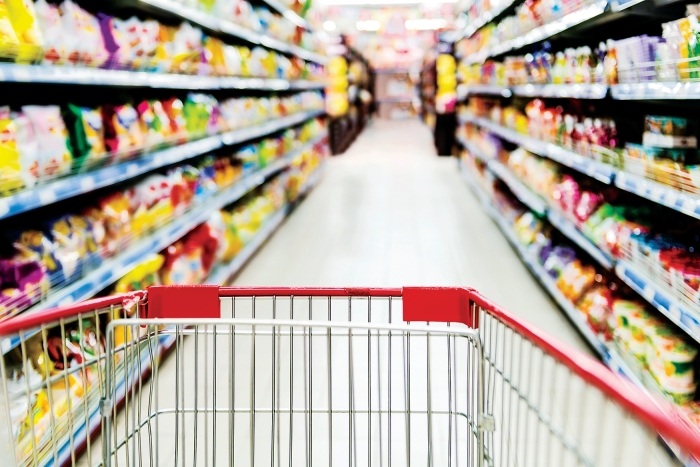 Senomyx, a chemistry-based flavor discovery firm, issued a press release last March announcing its new Sweetmyx sweetness enhancer “has been determined to be Generally Recognized As Safe (GRAS) under the provisions of the Federal Food, Drug & Cosmetic Act, administered by the U.S. Food & Drug Administration.”

Early media reports about the new ingredient stated that FDA itself had made the determination that the ingredient is GRAS. Soon thereafter FDA put out its own statement saying, “In fact, the agency had not made this determination nor had it been notified by Senomyx regarding a GRAS determination for this food ingredient.”

Senomyx then issued a clarification, explaining that the designation came from an expert panel of an industry group, the Flavor & Extract Manufacturers Association of the U.S., or FEMA.

The confusion over who gave Sweetmyx its blessing came about because, despite implications to the contrary, GRAS status does not necessarily bring with it a federal imprimatur. Under a 1997 FDA rule that was never finalized, food ingredient makers can select their own experts to make GRAS determinations.

FDA does review and approve the safety of certain additives, such as colors, before they can be used in food. GRAS status was established to exempt ingredients, such as vinegar, that are widely known to be safe. Those ingredients may be added to food without review or approval from FDA.

But food safety advocates say what was intended to be a narrow exemption is now used for most food additives, including synthetic chemicals. In February of this year, the Center for Food Safety, an advocacy group, sued FDA over the 1997 rule, saying substances allowed under the process may pose health risks.

Now, the Grocery Manufacturers Association, a trade group for food and beverage companies, is stepping in with an initiative that it says will increase transparency and improve the processes the industry uses to assess ingredients. GMA will develop a “state of the art” standard for GRAS determinations. It will also sponsor a database that will list information on all GRAS assessments conducted by the food industry and be available to FDA and other stakeholders, according to a statement from the group.

Advocates say the GMA plan is a step in the right direction but falls short of ensuring safety and transparency. “Our position is that FDA should be aware of, and have its own database on, all ingredients—GRAS and otherwise—before they are used in our food,” says Donna Solen, senior attorney with the Center for Food Safety.

Solen points out that the GMA initiative applies only to future additives and will not include information about ingredients already in food. And until GMA offers more details, it is not clear what information the public will have access to. GMA did not respond to C&EN’s request for an interview.

Food safety groups say many new food additives have been given GRAS status without FDA notification or any public disclosure of safety. Researchers at the Natural Resources Defense Council (NRDC) attempted to gather safety determinations from manufacturers for ingredients marketed as GRAS after 1997. They were unable to obtain information for 275 substances marketed by 56 companies, according to a report published in April.

In March, C&EN attempted to get information from Senomyx about the chemical makeup of the new Sweetmyx ingredient. But the company did not respond to C&EN’s questions, saying it was in a “quiet period.”

Flavor ingredients such as Sweetmyx are assessed by expert panels assembled by FEMA, explains John B. Hallagan, the group’s senior adviser and general counsel. He says the panels—generally a group of seven toxicologists, biochemists, and organic chemists—have evaluated the safety of flavors since the early 1960s and accumulated a list of nearly 3,000 substances. “There is a perception that there are GRAS food ingredients out there that no one knows about,” Hallagan says, “but that isn’t true.”

Still, it can be difficult for outsiders to know about them. In July, FEMA published on its website an interim list of four flavor substances that its panel deemed GRAS this year. The list does not include manufacturer information, trade names, or chemical identifiers such as a CAS Registry Number.

FEMA says it provides scientific information about GRAS flavor ingredients to those who request it. C&EN requested such information on Sweetmyx but had not received the report by press time.

In the future, a database of information about GRAS ingredients, such as the one GMA proposes, could help unite disparate threads of information, Hallagan says. “The GMA program is proposing strong steps to ease access to information.”

GMA’s initiative also outlines ways it will improve the professionalism of experts who may be called on to assess ingredient safety. GMA will expand its own program for education and training. And it has established an independent academic center of expertise at Michigan State University, presumably to help staff expert panels.

The GMA model does echo the standard playbook at FEMA, Hallagan says, but he supports GMA’s approach to make policies and education more widespread.

In contrast, some contend GMA’s initiative is unnecessary. “In terms of safety and potential adverse effects, we don’t have direct evidence there is a problem—i.e., any cause and effect that ingredients contribute to any ill,” says Roger A. Clemens, chief scientific officer at E.T. Horn, a food ingredient firm. “While the system may not be as pretty as we may like, something must be going right.”

Clemens, who has served on dozens of GRAS panels, says the industry relies on a cadre of more than 100 experienced scientists who stake their professional reputation on ensuring safety. They examine toxicity data, exposure estimates, reproductive hazards, metabolic studies, and potential effects on vulnerable populations such as pregnant women, infants, and the elderly.

“GMA’s concept is admirable but not practical,” Clemens asserts. “Who is to say these folks have the corner on assessing the safety of ingredients? Every panel is different by design because different ingredients require different assessments for different audiences and health outcomes.”

One category of food ingredients, however, does need closer scrutiny, according to Clemens: nutraceuticals. There is no FEMA-like group with the expertise to evaluate nutritional ingredients such as antioxidants. Clemens says they should be more closely investigated, with particular attention paid to estimating exposure for people who also consume the substances in food, drugs, and vitamins.

Tom Neltner, senior attorney at NRDC, argues that nutraceuticals, as well as flavors and other food additives, should be reviewed and approved by FDA. Evaluations by FDA do a lot to protect consumers, he says. When an ingredient maker does ask FDA to review a GRAS determination, Neltner points out, about one in five notices is either rejected by FDA or withdrawn by the company because it anticipates a rejection.

The Center for Food Safety’s Solen agrees and says more openness about ingredients will serve as an added layer of protection. “I don’t think there is such a thing as too much public information, particularly about food safety,” she says.

Consumer Safety
Boom or bust ahead for cannabidiol in the US?
Consumer Safety
US FDA finalizes hand sanitizer rule
Consumer Safety
US FDA seeks data on seizures that follow e-cigarette use
Share X
To send an e-mail to multiple recipients, separate e-mail addresses with a comma, semicolon, or both.
Title: Food Makers To Revamp Additive Safety Process
Author: Melody M. Bomgardner
Chemical & Engineering News will not share your email address with any other person or company.