The Partnership Behind The Pill 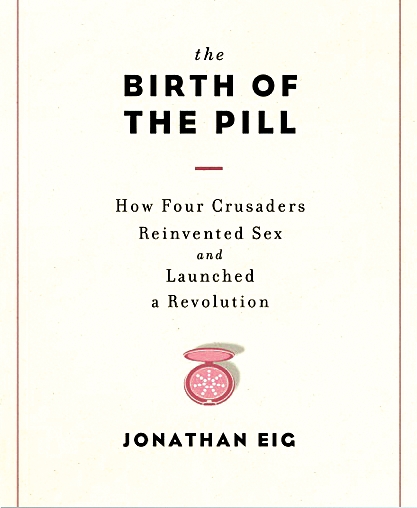 Sales of oral contraceptives have rarely faltered since the first one, Searle’s Enovid, came on the market more than 50 years ago. That market strength persists despite a half-century’s worth of public controversy. The Pill—as it’s commonly known—has been alternately celebrated by advocates for women’s rights; reviled by the Roman Catholic Church; criticized as unsafe by women’s health advocates and regulators; and, most recently, pummeled by conservative politicians who incorrectly characterize it as an abortifacient. But through it all, the Pill sells: In 2005, according to the United Nations, more than 80 million women worldwide took some form of oral contraceptive.

Jonathan Eig’s new history of the development of Enovid, “The Birth of the Pill: How Four Crusaders Reinvented Sex and Launched a Revolution,” helps explain why. Instead of recounting the familiar story of how the Pill catalyzed a sexual revolution, Eig shows how the Pill went from birth control advocate Margaret Sanger’s dream to Searle’s reality

In the winter of 1950, when Sanger first challenged biologist Gregory Pincus to produce a cheap, effective, and reversible means of preventing pregnancy—preferably one that could be taken orally without a man’s knowledge—30 U.S. states still had laws banning or strictly limiting the sale, distribution, or advertisement of contraceptives. By 1957, American women had, on average, 3.7 children over the course of their lifetimes; in Puerto Rico, that number jumped to 6.8. The inability to prevent or space their pregnancies threatened women’s health and locked them into full-time child care. The Pill appeared as a godsend to women hoping to gain some control over their bodies.

Sanger, of course, knew this. Eig’s Sanger is not the grim eugenicist who founded the Birth Control League as a way to check the population of “undesirable” immigrants but rather a libertine who wanted to separate sexuality from reproduction. Eig joins her story with those of three other key figures: Pincus, a risk-taking physiologist whose early experiments with in vitro fertilization in rabbits cost him a position at Harvard University; John Rock, a methodical Boston fertility specialist who happened to be Catholic; and Katherine McCormick, an heiress who hoped to use her wealth to further the birth control cause. Though Eig’s popular, accessible account perhaps overstates his characters’ eccentricities, his choice to tell the story through this unlikely partnership results in a highly readable book with strong narrative drive.

Note the term “partnership.” Eig, a former reporter for the Wall Street Journal whose previous books have focused on Al Capone, Jackie Robinson, and Lou Gehrig, depicts the development of the Pill in language more commonly applied to Silicon Valley start-ups. Pincus plays the role of rogue inventor, with Rock as “product champion,” Sanger as marketing lead, and McCormick as venture capitalist. Together, they formed a “product team.”

REVOLUTIONARY
[+]Enlarge
Credit: Science Museum, London
Initially, Enovid, which had uncomfortable side effects, was marketed for infertility rather than as a contraceptive. 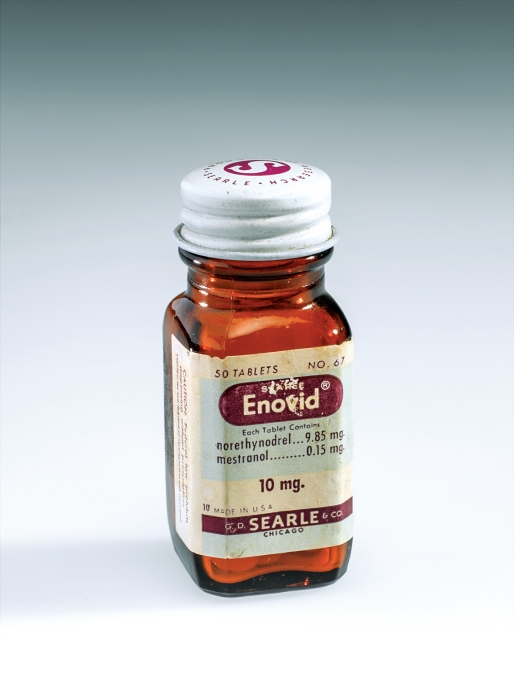 Credit: Science Museum, London
Initially, Enovid, which had uncomfortable side effects, was marketed for infertility rather than as a contraceptive.

The shoestring budget of Pincus’s Worcester Foundation for Experimental Biology in Shrewsbury, Mass., stands in for the more familiar inventor’s garage. A lackluster scientific presentation at the 5th International Conference of the International Planned Parenthood Federation represents a failed opportunity for a product launch. And so on.

The comparison is apt, to a point. One difference is that Searle, rather than either Pincus or McCormick, reaped the financial benefits of the Pill’s success. Eig drops hints throughout the book that Pincus’s choice of Searle’s patented synthetic progesterone norethynodrel, rather than Syntex’s competing compound norethindrone, may have had something to do with Pincus’s long-standing ties to the company. (Norethynodrel also produced fewer side effects, as Eig points out.) In the mid-1950s, Searle’s support of the Worcester Foundation accounted for about a third of Pincus’s salary; he also owned 19 shares of Searle’s stock. A better analogy might have been to a university laboratory underwritten by corporate funds.

Nor do the products of Silicon Valley usually have the same potential as human drugs to cause bodily harm. The initial clinical trials for Enovid—if you can call them that—gave women a whopping 10 mg of the drug. This formulation proved so unpleasant that Rock and Pincus found it impossible to keep women enrolled in their study. No matter how desperate they were for birth control, healthy American women faced with optional dizziness, nausea, vomiting, headaches, and breakthrough bleeding consistently withdrew from trials.

Pincus at first attempted to work around this problem by enrolling women who couldn’t say no, including psychotic inmates at Worcester State Hospital and female medical and nursing students at the University of Puerto Rico. They dropped out anyway. The only women willing to stick with this early version of the Pill were, ironically, Rock’s infertility patients. By regulating ovulation, Enovid improved a woman’s chances of getting pregnant once she stopped taking it.

When the Food & Drug Administration approved Enovid in 1957, it did so as an aid in treating infertility and menstrual irregularities—not as an oral contraceptive. For its first three years on the market, the Pill’s most famous use was officially off-label. (Enovid was discontinued in the U.S. in 1988.)

Eig discusses the uncomfortable side effects at great length and acknowledges Pincus’s lack of interest in addressing them. But “The Birth of the Pill” is, at heart, a triumphal story of product development, with more emphasis on Pincus’s “bravado” and “cunning” in working around the problems than on the consequences of unleashing a largely untested drug on the women who clamored for it. The language of start-up culture sits uneasily in the context of biomedical ethics. Still, as tales of swashbuckling innovation go, this is a good one.

Audra J. Wolfe is a writer and editor based in Philadelphia. She is the author of “Competing with the Soviets: Science, Technology, and the State in Cold War America.”

Infectious disease
Obstetrician-gynecologist Catherine Chappell wants more drugs studied in pregnant women
Synthesis
Birth Of The Pill: A Romantic Fable
Policy
‘How To Survive A Plague’
Share X
To send an e-mail to multiple recipients, separate e-mail addresses with a comma, semicolon, or both.
Title: The Partnership Behind The Pill
Author: Audra J. Wolfe
Chemical & Engineering News will not share your email address with any other person or company.