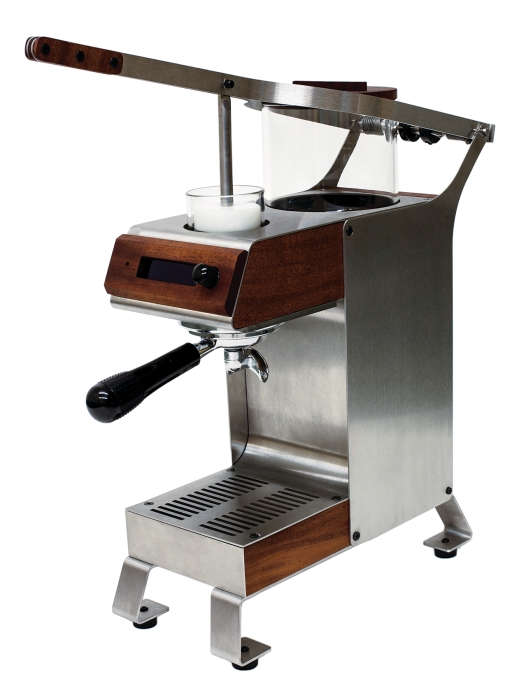 Credit: Blossom Coffee
Brew and improved: High-quality coffee comes at a high-quality price, $5,000 to be exact.

Inventors around the world may sip coffee while waiting for inspiration to strike, but engineer and entrepreneur Jeremy Kuempel says he is inventing technology to make inspired coffee. With a $5,000 price tag, his newfangled coffeemaker had better outbrew the best baristas in the business.

“Other people developing equipment aren’t looking at the chemistry and engineering of coffee brewing,” notes Kuempel, who founded Blossom Coffee, a precision coffee-brewing company. “The most common brewing techniques are 100 years old—not because we got it right 100 years ago, but because nobody’s been working on it.”

Kuempel explains that making excellent coffee requires three parts: First is the origin of the bean, and second is roasting. “But where the rubber meets the road is brewing,” he tells Newscripts. “Asking how good is a coffee is like asking how fast is a Ferrari. If you put my grandmother behind the wheel of a Ferrari, it’s not going to go any faster than the 50 mph she drives in her minivan.”

And that’s where Kuempel and his Blossom Coffee colleagues’ engineering and design backgrounds come in. A few years of experimentation have culminated in a coffee brewer that makes what Kuempel believes is the best cup of coffee.

Because coffee beans contain hundreds of flavor components soluble at different rates and temperatures, being able to adjust the temperature while brewing can bring out many different desirable flavors. With this chemistry in mind, the team sought precise temperature control in an isothermal coffee-brewing environment. After 7,000 cups of trial and error, they’ve gotten temperature control to within 0.5 °F across a two- to four-minute brew cycle.

The Blossom One Brewer is high tech with its recipe-recalling 8-bit processors and lab-grade filters. But Kuempel says tradition is also important to him, so the brewer requires manual stirring and plunging. He understands that the high-end brewer will mainly attract cafés and dedicated coffee-brewing enthusiasts, so he’s also considering introducing more accessibility.

“My goal,” he says, “is to make a product that I can give my grandmother at Christmas and she can make a cup of coffee without reading a manual, and it will taste like a barista with a mustache made it.”

Even Kuempel admits a $5,000 brewer can do little to make up for poor coffee bean origin. And suppliers have gone far and wide to grow and process the best coffee plants. Canadian entrepreneur Blake Dinkin sells the world’s most expensive coffee from one of its least accessible places—the digestive tract of Asian elephants.

[+]Enlarge
Credit: Shutterstock/C&EN
Digested coffee: The elephants don’t feel the caffeine, but will you taste the elephant? 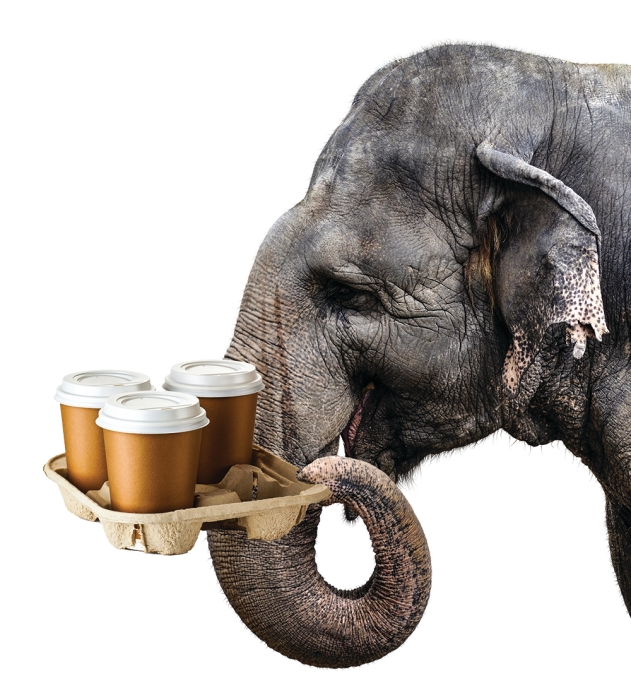 Credit: Shutterstock/C&EN
Digested coffee: The elephants don’t feel the caffeine, but will you taste the elephant?

His Black Ivory Coffee is processed by feeding arabica coffee cherries to elephants, waiting a couple of days for digestion and passing, and then picking them out of elephant droppings. Because the elephants are free to roam—and relieve—anywhere in their sanctuary, it takes about 33 lb of inputted coffee beans to output 1 lb of Black Ivory Coffee.

Dinkin tells Newscripts he got his start in Ethiopia, where coffee beans are recovered from small, nocturnal civets. But cases of force-feeding and fraud made Dinkin turn to animals that already eat coffee cherries in the wild—elephants. Elephant stomach acids and digestive enzymes break down proteins that cause bitterness, and the fermentation process—much like that of wine—is supposed to produce smooth, fruity flavors.

In a few months, food scientists at Thailand’s Chulalongkorn University plan to publish a report on elephant-induced chemical changes to the beans. In the meantime, if any of our readers want to try Black Ivory Coffee, head on down to five-star hotels in Asia or a small conservation store in Texas, fork over $70, and swallow your pride.

Food Science
Coffee without the beans gets a boost
Food Science
What’s baijiu, and where does its unique flavor come from?
Environment
Beer yeast adapted to life with humans
Share X
To send an e-mail to multiple recipients, separate e-mail addresses with a comma, semicolon, or both.
Title: Coffee Brew, Coffee Beans
Author: Sophia L. Cai
Chemical & Engineering News will not share your email address with any other person or company.