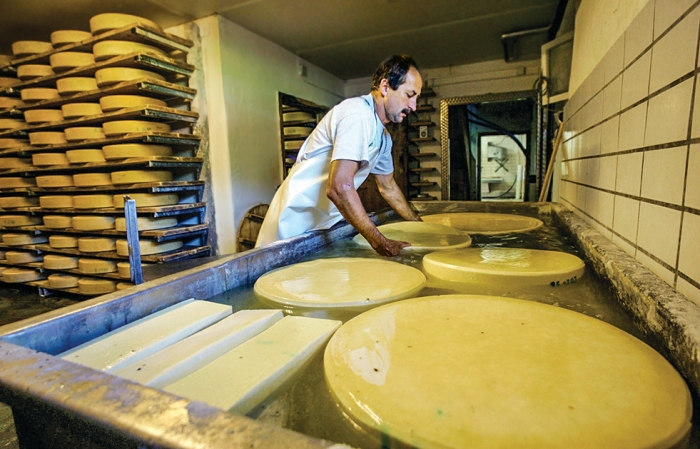 Credit: Newscom
Salty solution: Cheesemakers soak cheese in brine tanks like this one.

Wisconsin residents are serious about their cheese. So serious, in fact, that they’re unwilling to waste any of it—even the brine.

According to the New York Times, last month Milwaukee started a pilot program to remove ice from its streets with the salty liquid, a by-product of the cheese-making process. The city’s road crews are mixing 8 gal of the stuff into each ton of rock salt they spread.

“It’s a win-win for everybody,” Dean Sommer says of the cheesy road treatment. Sommer is a food and cheese technologist for the Wisconsin Center for Dairy Research. Counties save money on rock salt, he says, and cheesemakers lower the amount they spend on brine disposal. For instance, F&A Dairy Products, in Dresser, Wis., says it saves at least $20,000 annually by giving its cheese brine to local road crews, a donation it’s been making for years.

Cheesemakers use salt to flavor and preserve their product, Sommer tells Newscripts. One way of getting the ionic compound into cheese is to soak wheels or bricks of pressed curds in a high-salt solution. String cheese might be in the brine for only 30 minutes before it soaks up enough salt, Sommer says. “But a 20-lb wheel of parmesan? That might be sitting for 14 days,” he says.

As cheese pulls in salt from the brine, because of osmosis, it also releases water. So the more cheese a company makes in a particular brine tank, the more the salty solution weakens and increases in volume, Sommer explains. Eventually, cheesemakers need to dispose of the stuff—a costly endeavor that typically involves hauling the brine to a large wastewater treatment plant.

Who knows? Maybe the streets of Milwaukee will smell a little nicer in the coming winter months. Although Sommer doesn’t think the brine would have much of an odor after being mixed with rock salt, he says that cheese brines are meticulously maintained by companies. “They don’t stink,” he says. “They just have a light, pleasant odor to them—kind of like the smell you get when opening a package of string cheese.”

Rather than dumping that cheap bottle of vodka Uncle Wally gave you for Christmas, researchers at York University, in Toronto, would like you to consider repurposing it. Led by electrical engineer Andrew W. Eckford, the team has sent the world’s first text message by alcohol (PLoS One 2013, DOI: 10.1371/journal.pone.0082935). 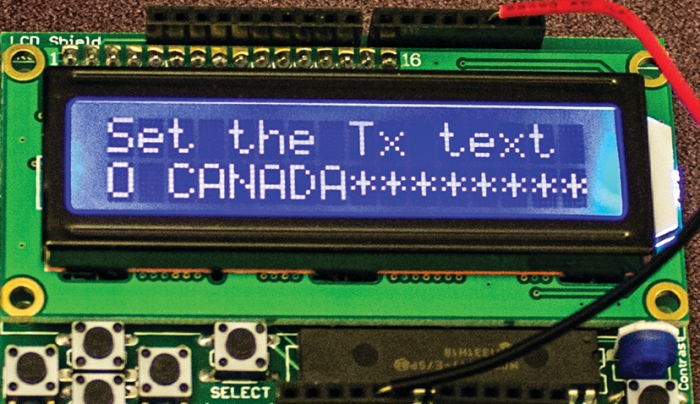 Almost all forms of communication today—cell phone calls, e-mails, and the like—are based on electromagnetic waves, Eckford says. “We were looking for a new method, and we settled on chemistry,” he adds.

The team built a chemical-based communication device composed of an electronic receiver and a transmitter that emits short puffs of alcohol into the air. When letters get typed into the transmitter, it converts them into a coded series of puffs that it then releases. A fan blows the boozy signal across the room to the receiver, a breathalyzer-like detector that collects and decodes it.

Lest you think Eckford’s group is a bunch of patriots who built a device simply to send Canada’s national anthem across a lab, he points out that this experiment is just a “stepping stone.” Molecular “text messages,” he says, might help future nanorobots communicate while delivering drugs inside the body or modern-day robots communicate in challenging environments such as sewers.

Science Communication
Hammer time on Science Twitter and drummers keeping cool while keeping time
Energy Storage
Energy-storing walls made from ordinary red bricks
Materials
Getting all touchy feely and being prepared
Share X
To send an e-mail to multiple recipients, separate e-mail addresses with a comma, semicolon, or both.
Title: Cheese On The Asphalt, Boozy Text Messages
Author: Lauren K. Wolf
Chemical & Engineering News will not share your email address with any other person or company.