Since its formation in 1944, the Petroleum Research Fund (PRF) has awarded approximately 18,000 grants worth more than $620 million to support advanced scientific education and fundamental research in fields such as petroleum, natural gas, coal, shale, and tar sands.

“We’ve always heard that ACS PRF grants help investigators in their careers, in getting tenure, in getting promoted, but we’ve never had any figures to support these claims,” ACS PRF Director Ronald E. Siatkowski says.

Now, a new survey of past ACS PRF grantees suggests that the program’s investment is paying off. The survey, conducted last year, drew responses from 374 new and 532 established investigators who received ACS PRF grants between 1999 and 2009. In both groups, more than one-third of those invited to participate in the survey completed it. 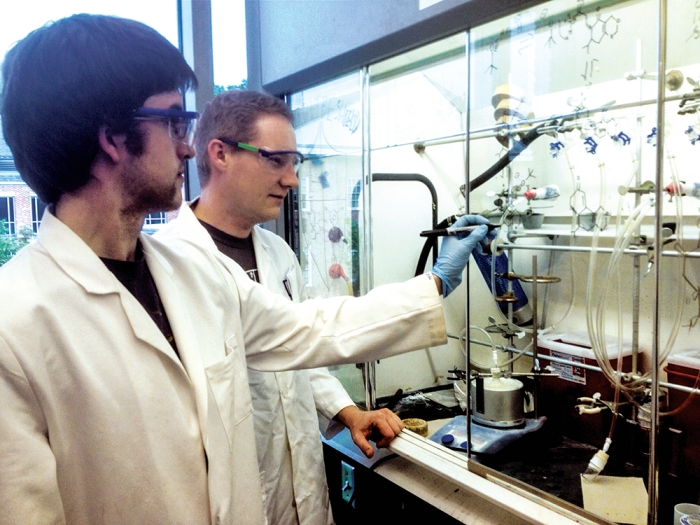 “It’s very gratifying to know that the money has reaped a lot of benefits for those who have had the funding, and it has also led to a lot of new research and new ideas being put forward in both the literature and presentations at national meetings,” says Rebecca Hoye, chair of the ACS PRF Advisory Board and a chemistry professor at Macalester College in St. Paul. “All in all, the money has been extremely well spent as far as supporting the scientific endeavor.”

ACS PRF’s current endowment is $521.8 million. In 2013, the program funded 198 research grants totaling $18.5 million. This year’s budget is $23.9 million, and $19.0 million will go toward grants, $3.8 million will go toward administrative costs, and the remaining amount will go to the ACS PRF reserve. This year, so far, ACS PRF has awarded 106 grants totaling $10.6 million. Siatkowski says he anticipates awarding another 80 to 90 grants later this fall.

Grant proposals are reviewed by the ACS PRF Advisory Board, which makes recommendations to the Committee on Grants & Awards on which grants to fund and awards the grants. Siatkowski says the board looks for proposals that are novel and would potentially provide a new understanding of the petroleum-based science or engineering system in question.

The PRF trust was established in 1944 after seven major oil companies, to avoid an antitrust lawsuit, donated stock to found a charitable scientific and educational trust. ACS was named the recipient of the income, with instructions from the trust documents on how the funds were to be used. In 2000, the trust was dissolved and reestablished as the ACS PRF endowment.

“This kind of initial funding is essential, especially at a time when granting agencies have become somewhat more conservative,” says Joseph Rudnick, senior dean of the College of Letters & Science at the University of California, Los Angeles. Without ACS PRF, he says, “there would be overall less creativity and fewer people venturing into new and uncharted areas.”

For Paula Diaconescu, an associate professor of chemistry at the university, having an ACS PRF grant allowed her to explore new directions in her research. In 2011, she obtained a two-year, $100,000 grant, which helped to fund a postdoctoral scholar with expertise in the new area she was interested in. This year, they published the results of that project, which is now one of the two major research projects she’s leading.

“What keeps things exciting, at least for me as a professor, is finding new areas to work in. If I think I can make an impact and I can bring my expertise to a relatively new field, then I want to work in that area,” she says. “That’s what the ACS PRF grant allowed us to do, to reinvent ourselves.”

Darlene K. Taylor, an associate professor of chemistry at North Carolina Central University, a primarily undergraduate institution, says her own ACS PRF grant was the first grant she received as a new professor. “When I started as an assistant professor here, there was no start-up package,” she says. “Imagine coming into a lab and all you had was a computer and some glassware.” She says the $35,000 in funding helped her purchase supplies and travel to conferences.

“It’s been a huge jump start for me in getting my career going,” she says. The ACS PRF grant has led to her getting additional funding, which allowed her to bring a colleague from another minority-serving institution to work in her lab for the summer and to travel with the colleague to present a poster together at a scientific conference.

Brian C. Goess, an associate professor of chemistry at Furman University, says he considers the ACS PRF grant he received “to be the single most important source of funding and support in my early independent career.” Having received a grant in his first year as a faculty member, Goess was able to hire several undergraduates to work in his lab. “I trained 45 undergraduates in my first nine years here at Furman, and 20% of them were funded directly through the Petroleum Research Fund,” he says. “Without PRF, those students would not have been able to have a research experience in my lab, and my lab would have been less productive.”

These personal stories, along with the new survey results, “strongly support what we’ve been doing,” Siatkowski says. “I hope these results show that ACS PRF has had a major impact in people’s careers, their research, getting tenure, and initiating new areas of research.”

For more information about ACS PRF, visit www.acs.org/prf The deadline for the next round of ACS PRF grants is Oct. 17. Those proposals will be considered in May 2015.