Awards: Superresolution fluorescence microscopy has made it possible to capture nanoscale images of cells 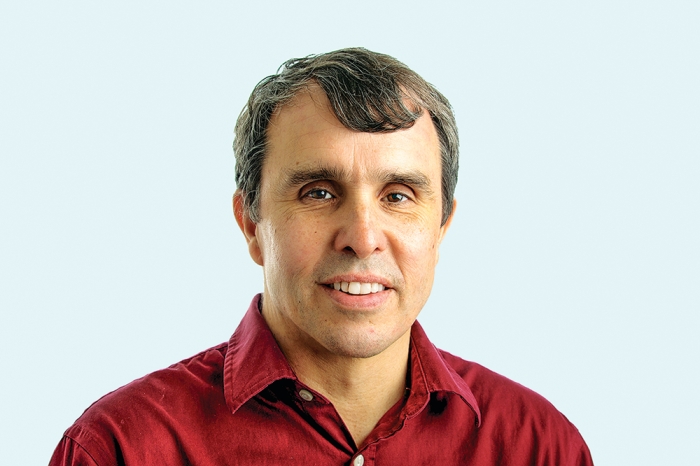 The 2014 Nobel Prize in Chemistry honors three individuals for the development of superresolution fluorescence microscopy, which has made it possible to obtain optical images at the nanometer scale—well below the diffraction limit. 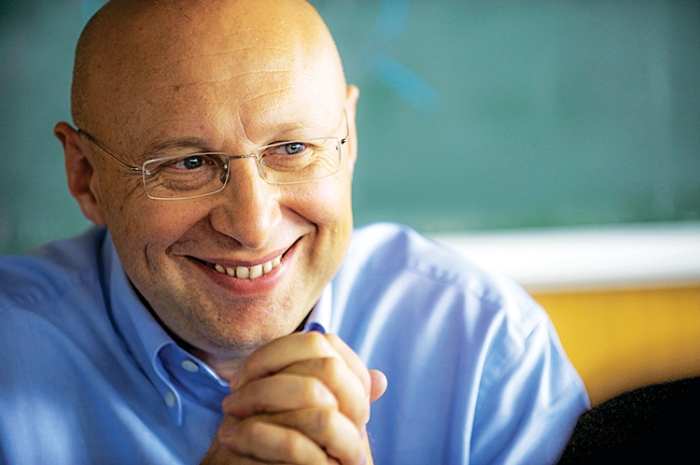 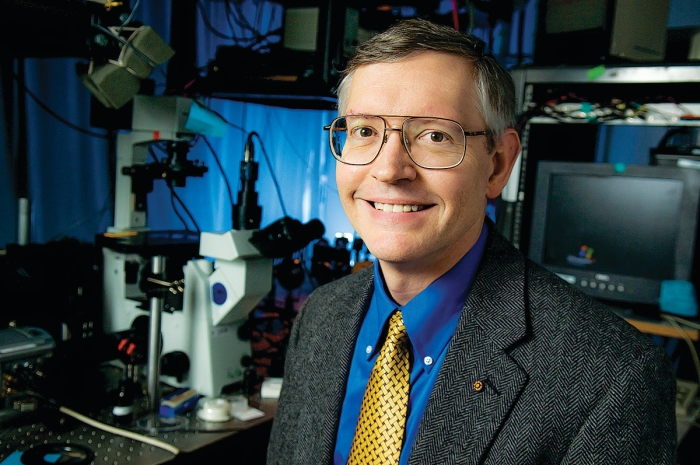 Moerner was the first person to detect a single fluorescent molecule, which he achieved while working at IBM’s Almaden Research Center in San Jose, ­Calif. Before that, researchers could only detect many molecules ­simultaneously. 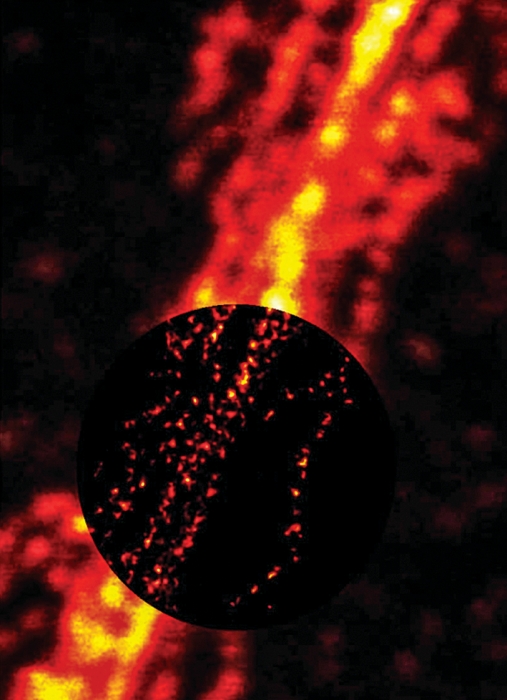 Moerner later discovered, while working at the University of California, San Diego, that one variant of green fluorescent protein could be turned on and off on command. The protein would fluoresce when excited with 488-nm light, but once it faded the protein wouldn’t turn back on. But Moerner discovered that exposure to 405-nm light reactivated the protein. It could again be excited with 488-nm light.

Such photoswitchable fluorescent proteins form the basis of photoactivated localization microscopy (PALM), which Betzig coinvented with Harald Hess in 2006. They built the original instrument in Hess’s living room.

In PALM, photoactivatable fluorescent proteins are toggled on and off a few at a time. The method requires that the activated proteins be far enough apart that their locations can be precisely determined. An image can be built by repeating the cycle many times and superimposing the images. Similar methods were also developed in 2006 by Xiaowei Zhuang of Harvard University (stochastic optical reconstruction microscopy, or STORM) and by Samuel T. Hess of the University of Maine (fluorescence PALM, or fPALM).

The method developed by Hell—stimulated emission depletion (STED) microscopy—works differently. In that method, one laser beam stimulates fluorescence in labeled biomolecules. A second overlapping doughnut-shaped laser beam turns off that fluorescence in all but a nanometer-sized volume. By scanning across a sample, it is possible to build an image with nanometer-scale resolution.

“I’m glad not to be in the shoes of the Nobel Prize committee which had to make the decision who not to include as an award winner,” says Joerg Bewersdorf, a superresolution microscopy expert at Yale University. “The field has benefited tremendously by contributions of quite a few pioneers over the last two decades.”

These original superresolution methods improved lateral resolution, but they did little to improve depth resolution. Since the introduction of PALM, STORM, STED, and fPALM, the inventors and others have further developed them to acquire three-dimensional images.

The awarding of the prize for superresolution imaging “reflects the amazing impact this technology is having throughout biology,” says Jennifer Lippincott-Schwartz, a cell biologist at the National Institutes of Health who has collaborated with Betzig. These techniques “are revolutionizing our concepts of some of the most fundamental components of living cells, which up until now were hidden because of our inability to see below the resolution limit of light.”

“I see this as a confluence of areas of science,” American Chemical Society President Thomas J. Barton says. “There’s no question it’s chemistry. But we see a lot of sciences playing a role in the whole picture. I think that’s a very healthy thing.” 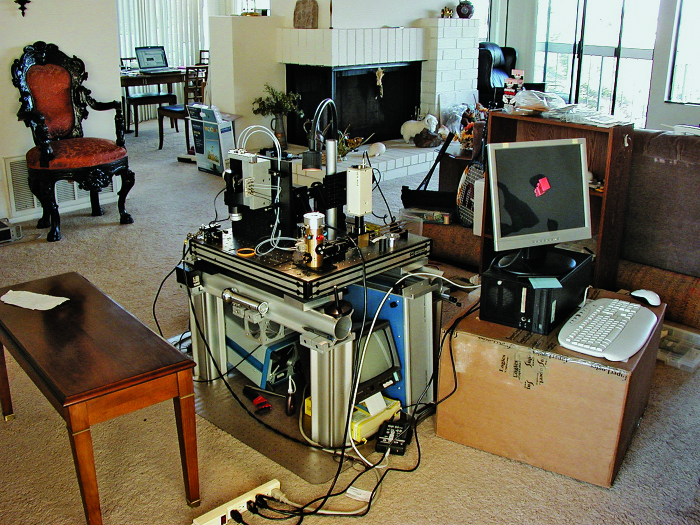