Chemist and businesswoman creates political action group to back scientists

[+]Enlarge
Credit: Maggie Wallace
After losing the Democratic primary in May, Naughton launched 314 PAC to support other scientists vying for elected office. 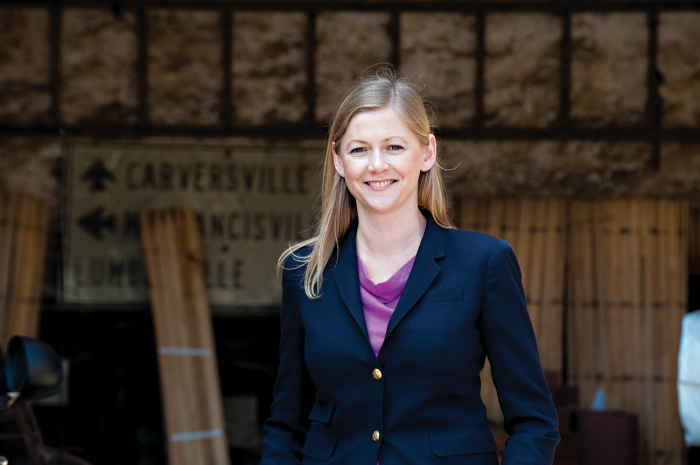 Credit: Maggie Wallace
After losing the Democratic primary in May, Naughton launched 314 PAC to support other scientists vying for elected office.

When Shaughnessy Naughton left Bryn Mawr College with a chemistry degree in 1999, she thought she’d work for a few years before attending graduate school. But instead of going back to academics, she turned to a decidedly different endeavor—politics. Today, she’s working to get more scientists elected to Congress.

After earning her undergraduate degree, Naughton spent two years working on infectious disease drug discovery for now-defunct pharmaceutical company Wyeth. Then she left chemistry altogether to help run her family’s publishing company north of Philadelphia. Next, she got interested in politics.

Naughton, 36, ran for office in the U.S. House of Representatives in Pennsylvania’s 8th District earlier this year. “I decided it was time to step up and run for office,” says Naughton, who had volunteered locally for campaigns since the 2004 presidential election. In May, she lost the Democratic primary.

Naughton says that because she lacked the traditional academic credentials for a politician, a law degree, “I didn’t receive a lot of support from the Democratic establishment.”

She also discovered quickly that the kind of public speaking she’d do on the campaign trail was nothing like giving a scientific presentation. Plus, being a public figure took some getting used to. What surprised her most, though, was the financial aspect of running a political campaign.

“We hear a lot in the news about too much money in campaign politics, but it became really important once I was there,” she says. “You have to have the resources to communicate.”

Using what she learned from her campaign experience, Naughton at the end of August launched a political action committee (PAC) in support of scientists—314 PAC. The organization is named for the first three digits of the mathematical constant pi.

“There’s nothing in our Constitution that says we can only be governed by lawyers,” Naughton adds.

Of the 538 members of the 113th Congress, some 40% listed occupations in law, according to a 2014 report by the Congressional Research Service. Scientists—specifically two physicists, one microbiologist, and six engineers—account for less than 2% of these elected officials. One of the physicists, Rep. Rush D. Holt (D-N.J.), announced in February that he will retire when Congress adjourns in December. In addition, there are 19 physicians in Congress, some of whom describe themselves as scientists.

For now, 314 PAC backs only Democratic candidates. Naughton is hopeful, however, that candidates from both major parties might one day align on science.

“When we’re talking about advocating for basic research, of course that’s a bipartisan effort, but getting involved in the political process is partisan,” Naughton says. “Right now there is a very strong message coming from the Republicans denying climate change. We had to pick a side.”

The PAC has an advisory board composed of professionals from business, technology, medicine, science, and politics. After the 2014 election, Naughton will rely upon the board to identify potential candidates, and she expects that the organization will support candidates in state races in addition to congressional ones.

With 314 PAC just getting off the ground and Naughton’s political connections growing stronger, one obvious question remains: Will Shaughnessy Naughton run for political office again?

“Right now I’m applying what I learned from my campaign to this effort to elect more people with STEM backgrounds this year and identify strong candidates for future races,” she says. “Whether or not I’m a candidate again is a decision I’ll make down the road.”

Women In Science
Chemist Nancy Goroff is moving from research to policy
Comment
Introducing ACS and chemistry to the 116th Congress of the US
Policy
Scientists running for Congress have faced the voters. How did they do?
Share X
To send an e-mail to multiple recipients, separate e-mail addresses with a comma, semicolon, or both.
Title: C&EN Talks With Shaughnessy Naughton
Author: Jessica Morrison
Chemical & Engineering News will not share your email address with any other person or company.