If it weren’t for YouTube, we wouldn’t get to see fantastic things we always wished we could do but aren’t foolhardy enough to attempt—such as building a metal suit so you can stand inside a fireworks display. 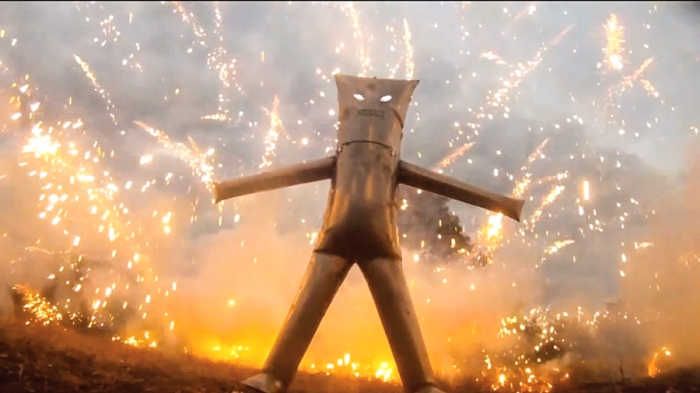 Colin Furze, British plumber-turned-extreme-stunt-videographer, has done this for us, and you can see the experiment in all its safety-flouting glory on Furze’s YouTube channel. Using their considerable welding skills, Furze and his crew fabricated a sheet metal suit with arms, legs, and a helmet to protect Furze as he stood in the middle of the explosive mayhem.

Furze didn’t even have to buy the pyrotechnics. Folks at Epic Fireworks contacted Furze when they saw another one of his projects, a series of videos in which he crafts objects inspired by the comic book characters the X-Men. In one video, he creates Wolverine-like retractable claws. In another he shoots fire from his hands, Pyro-style.

Epic Fireworks convinced Furze to take on the fireworks project by giving him £500 (roughly $800) worth of rockets and roman candles.

“Being able to stand inside a fireworks display is an experience I will not forget,” Furze writes on his website. “At times it’s a bit like being in a barrel while your mate bangs it with a stick and waves a torch in your face, but seeing a lit rocket going off just 6 feet from your face is pretty epic.”

Speaking of suits and explosives, astronauts who walked on the moon have reported that the dust they picked up on their space suits smelled like freshly spent gunpowder.

The moon’s smell has been a popular topic for several years and was discussed in a recent article by Space.com columnist Leonard David, who interviewed several Apollo mission astronauts about their lunar olfactory experiences. After spending the day tromping on the moon’s surface, the astronauts returned to their capsule, removed their suits, and got a whiff of the dust they tracked in. 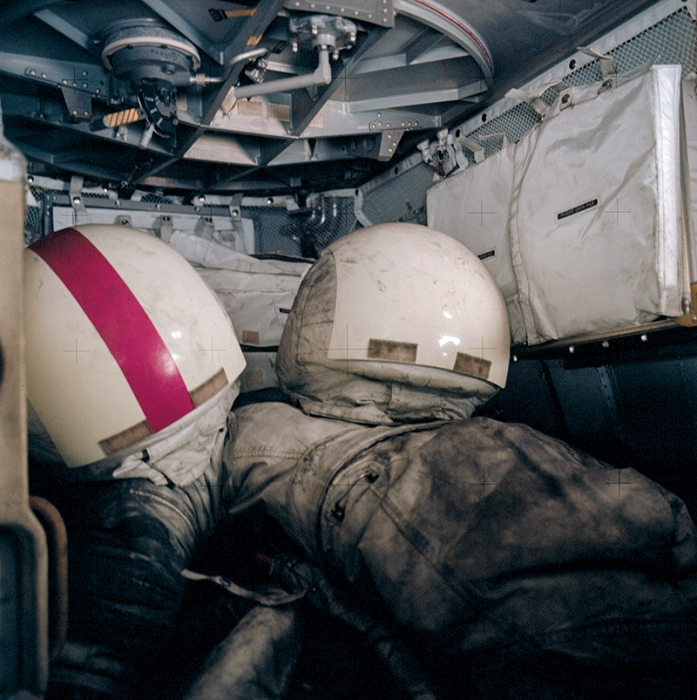 “Smells like someone just fired a carbine in here,” was the report from Apollo 17 astronaut Gene Cernan.

The spent gunpowder smell has been attributed to “dangling bonds,” created by collisions between moon rocks and meteorites. In an oxygen-free environment, these normally reactive dangling bonds—akin to free radicals—continue to exist unquenched. But once inside the capsule, the dust reacted with oxygen, producing the smell we associate with a fired cannon.

The consideration of extraterrestrial smells isn’t limited to the moon, either. The European Space Agency’s Rosetta mission, which recently entered orbit around Comet 67P/Churyumov-Gerasimenko and is set to deploy a lander on Nov. 12, has detected a cornucopia of odoriferous compounds.

In ESA’s Rosetta Blog, Kathrin Altwegg, who is part of the mission’s science team, explains: “The perfume of 67P/C-G is quite strong, with the odor of rotten eggs (hydrogen sulfide), horse stable (ammonia), and the pungent, suffocating odor of formaldehyde. This is mixed with the faint, bitter, almondlike aroma of hydrogen cyanide. Add some whiff of alcohol (methanol) to this mixture, paired with the vinegar-like aroma of sulfur dioxide and a hint of the sweet aromatic scent of carbon disulfide, and you arrive at the ‘perfume’ of our comet.”