Oil Rose And Then Fell After Deepwater Horizon Disaster

Of the estimated 4.9 million barrels of oil that gushed into the Gulf of Mexico after the Deepwater Horizon oil rig exploded into fire and then sank in 2010, about 75% was neither recovered nor burned. New studies propose mechanisms for how some of that oil may have wound up on the seafloor. The work suggests the oil is more broadly distributed on the seafloor than previously realized. 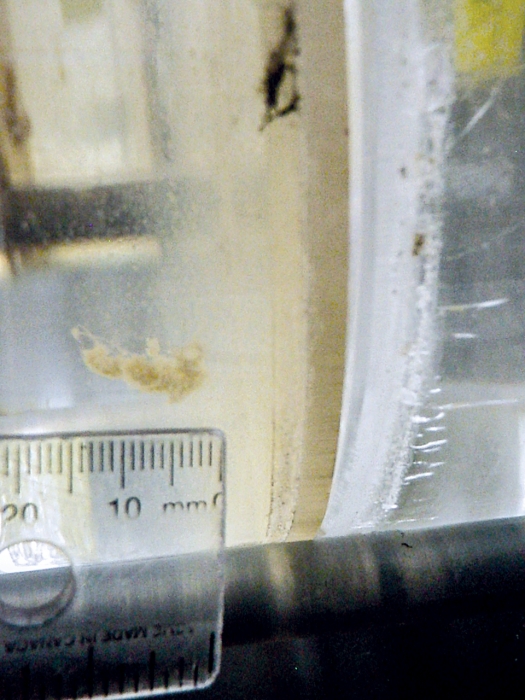 Pinpointing the ultimate fate of the oil released in the disaster is crucial for understanding ecological effects of the spill, as well as for determining how best to respond to future spills to minimize environmental damage. At least three deepwater coral communities, for example, appear to have been negatively affected by the Deepwater Horizon disaster (Proc. Natl. Acad. Sci. USA 2014, DOI: 10.1073/pnas.1403492111).

As oil and gas were released from the Macondo wellhead, some long-chain n-alkanes likely sank to the seafloor immediately as waxes. The bulk of the hydrocarbons, however, rose through the water. A “deep plume” of lighter hydrocarbons stopped rising about 1 km below the surface. The remainder climbed to the surface.

Much of the material in the deep plume was likely consumed by microbes. Some of the remainder—between 80,000 and 620,000 bbl of oil—may have clumped together with bacterial biomass and then sunk, suggests a team led by earth science professor David L. Valentine of the University of California, Santa Barbara (Proc. Natl. Acad. Sci. USA 2014, DOI: 10.1073/pnas.1414873111). 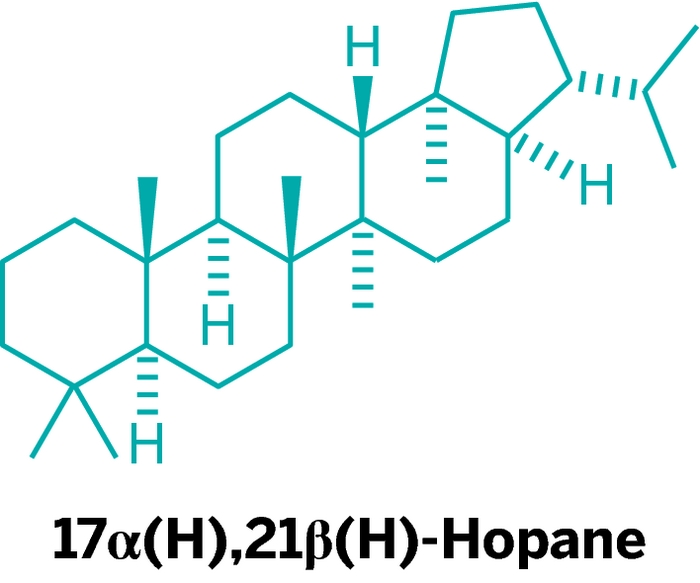 Valentine and colleagues tracked deposition of deep-plume hydrocarbons using 17α(H),21β(H)-hopane, a multicyclic alkane that is found naturally in oil and that resists bacterial degradation. The researchers observed elevated amounts of the hopane in seafloor sediments at about 1 km below the surface and deeper. They detected the hopane in an area of about 3,200 km2 around the wellhead. There is likely more oil outside that area, Valentine notes, but the particles are variably distributed, making them difficult to pick up with limited sampling. In addition to the hopane, the presence of volatile undecane and hexadecane identifies the oil as having come from the deep plume, because those compounds would have evaporated had they reached the surface.

Separate work by oceanographer Uta Passow of UCSB’s Marine Science Institute indicates that some of the oil that reached the surface may also have eventually wound up on the seafloor. When oil-spill samples collected from the Gulf surface in 2010 were incubated with seawater in rotating tanks, Passow observed formation of marine “snow” particles that ranged in size from millimeters to centimeters and would have sunk to the seafloor (Deep-Sea Res. II 2014, DOI: 10.1016/j.dsr2.2014.10.001). Hydrocarbon-consuming microbes naturally present in the water produce mucus that agglomerates with the oil to produce the snow. Aging of the oil in sunlight promoted snow formation, whereas high concentrations of dispersant inhibited it.

The work by Valentine and coworkers proves “the existence of small liquid-oil droplets in the intrusion layers that eventually ended up on the seafloor,” says Scott A. Socolofsky, a professor of coastal and ocean engineering at Texas A&M University. And Passow’s work demonstrates “the sedimenting of oil under conditions similar to the open ocean.” Together, the complementary papers help to further understanding of the fate of the spilled oil. 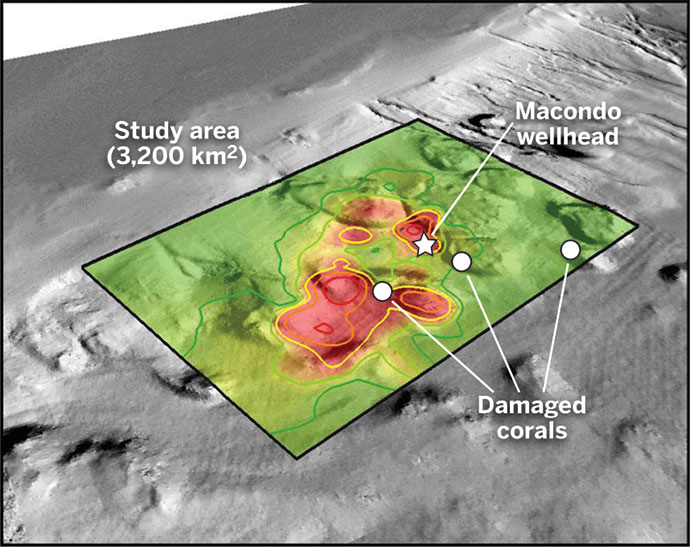