Kevin J. Verstrepen swears it was an accident. As a young doctoral student, he didn’t mean to leave the four flasks sitting unattended over a weekend. And he certainly didn’t anticipate this one forgetful act would change the course of his life. When he came to the lab one Monday, he found his yeast cultures had been invaded by fruit flies.

Now, nearly 15 years later, Verstrepen leads a genetics and genomics group at Catholic University of Leuven and Flanders Institute for Biotechnology, both in Belgium, and one of his projects still aims to unravel the mysterious interplay between flies and yeast. Scientists have since learned that yeasts produce chemicals called acetate esters—the same compounds that bestow fruity bouquets to beer and wine—that Drosophila melanogaster goes gaga for. Researchers have even identified the yeast genes that dictate the synthesis of these molecules.

“The one question that remained was why yeast wanted to make aroma compounds in the first place,” says Verstrepen. Fruit flies are known to nosh on yeast, so why would the unicellular organisms go out of their way to advertise to their predators?

He was discussing this question with a couple of biologists over beers one evening, and the group decided they could tackle this problem in the lab. They presented fruit flies with a sampling of yeasts modified to produce differing amounts of aroma compounds and carefully observed the interactions between the organisms.

The team found that as the flies sampled the yeasts, some cells were sticking to the flies and hitching rides (Cell Rep. 2014, DOI: 10.1016/j.celrep.2014.09.009). More odiferous yeast drew more flies and thus had a better chance of being picked up and carried to new places. Prior to this study nobody had linked yeast’s aroma compounds to how the microbes got around, says Verstrepen, who led the study.

“It is quite an expensive taxi,” Verstrepen concedes, because the yeasts are losing part of their population. But these yeasts have evolved to sacrifice a few individuals so their lineage can carry on. Talk about taking one for the team.

Although scientists have decoded the genetic sequences of brewer’s yeast and fruit flies, the genome of the noble banana slug remains an enigma. Researchers at the University of California, Santa Cruz, are hoping to change that by crowdsourcing $20,000 to sequence the genome of their beloved mascot.

Kevin Karplus, a professor of biomolecular engineering at UC Santa Cruz, tells Newscripts that the project’s purpose is primarily pedagogical. Karplus will be coteaching a graduate-level course where students will help assemble the slug’s genome, which he hopes will be a uniquely exciting and provocative experience. “Right now, almost nothing is known about the genomics of the banana slug,” he says. “There won’t be a lot of, ‘Oh, let’s look it up in the back of the book.’ ” 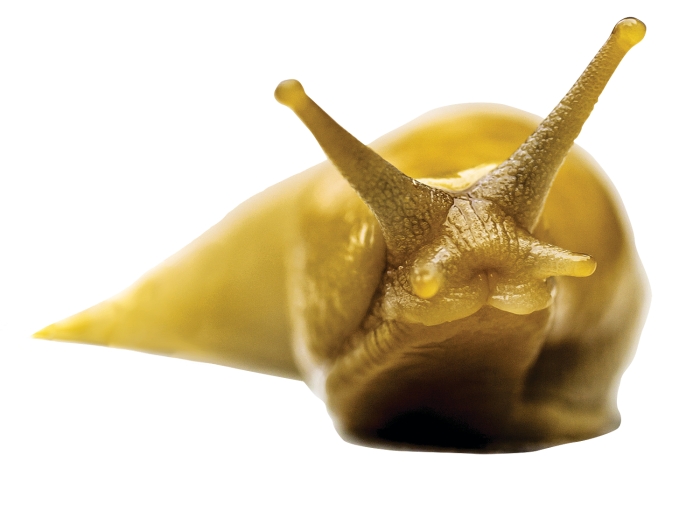 Karplus was part of a team that tried to pull off this educational endeavor a few years back, but the group wasn’t able to get sufficient data. With access to 20 grand and recent advances in sequencing and bioinformatics, he believes this time will be different.

Critics might balk at the project’s price tag, but sequencing costs are currently quite low, Karplus says. The plan is to perform not one, but five to 10 different types of sequencing runs and gain an intimate molecular understanding of this terrestrial mollusk. If contributors come through with the money before the crowdsourcing bid ends on Nov. 21, the banana slug’s genetic information could join the human genome and the Grateful Dead Archive on the university’s illustrious list of libraries.

Donate to the cause at crowdfund.ucsc.edu/sluggenome.