The green chemistry pioneer talks about social movements, education, and how he tries to shake up the process of invention 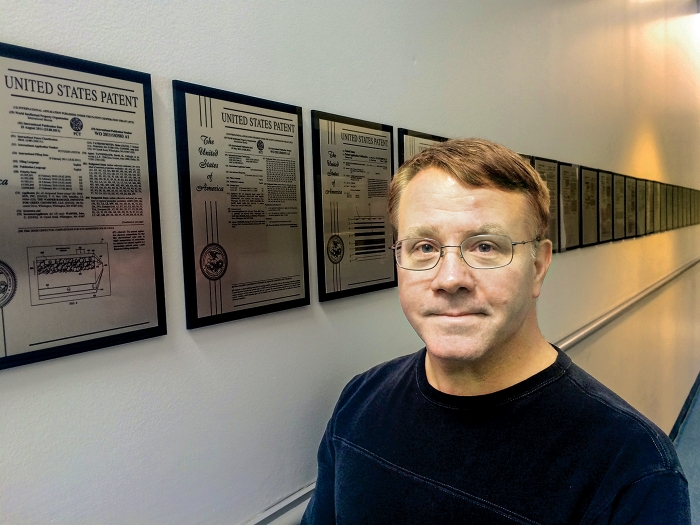 Flanked by “Star Trek” mugs and a mauve tie, the 2014 SCI Perkin Medal sits in a place of honor in John C. Warner’s office. Warner, president and chief technology officer at the Warner Babcock Institute for Green Chemistry (WBI), took home the medal back in September. “I feel that it’s really an award for the whole field of green chemistry,” Warner says of the prize.

Awarded annually since 1906 by the American Section of the Society of Chemical Industry (SCI), the medal is often described as the chemical industry’s highest honor. That a green chemistry guru such as Warner would garner the medal clearly demonstrates the strides the field has made within the chemical industry. Not so long ago, Warner says, being a chemist simply meant working with toxic and dangerous stuff. “It took a very long time for people to say, ‘If we’re the ones capable of understanding molecular structure, why not add safety to our criteria?’ ” Warner notes.

In 1998, Warner and chemist Paul T. Anastas outlined the 12 principles of green chemistry in their textbook “Green Chemistry: Theory and Practice.” The philosophy was to encourage chemists to think about toxicology and environmental impact when designing new molecules and materials.

“When Paul Anastas and I started talking about green chemistry, it was all about chemistry. This is a science of how to invent safe materials. The idea was to attract the only people not at the table of the sustainability discussion—the chemists. The people inventing the new materials weren’t part of the conversation.”

Since then, Warner says, a strange culture has grown around green chemistry that’s unlike any other aspect of science. For example, he wonders why people talk about lowering the barrier to adopting green chemistry.

“When people invented polymers, do you think there were groups getting together asking, ‘How can we reduce the barrier to adoption of polymers?’ ” Warner asks. “No. If you build a better mousetrap, people will beat a path to your door. My philosophy is that green chemistry should be the same thing. If you build a better product, with superior performance and superior cost that, oh by the way, is more environmentally benign, it’s a no-brainer.

“But because of the perceived moral and ethical component of green chemistry, people say, ‘Maybe society should be using it even if it isn’t superior in performance or even if it is too expensive,’ ” Warner continues. “That’s where I say, ‘No, no, no. We chemists are better than that. We can get back in the lab and make it work better.’ ”

Warner praises the chemical industry for being early adopters of green chemistry. “Industry saw this as a way of being competitive,” he says. Universities, on the other hand, he takes issue with, noting that they’ve been slow to add green chemistry to their curricula.

“We teach people to worship precedent, but we don’t really value intuition,” he continues. To break scientists at WBI of this tendency, Warner likes to get his people working in the lab for a couple of weeks before they dive into the literature of the problem they are tackling. “I think that if you load yourself up with bias up front, you rob yourself of innovative processes. Because we start with our own intuitive approach of what’s going on, it enables us to approach things from a different perspective.”

Warner also expresses a certain disdain for keeping scientists working primarily within their disciplines. “If you have smart people who have a track record of solving problems, and you put them in an area where they’ve never done anything, after two or three months the questions that they ask are going to be the most awesome questions that you’ve ever imagined,” he says.

It’s tough to argue with his success. In just seven years, WBI has come up with green syntheses of two drug candidates now in clinical trials, a formaldehyde-free wood composite that WBI and others are currently trying to scale up, an environmentally friendly asphalt additive sold under the name Delta S, and a nontoxic hair color restorer sold under the name Hairprint. “I think this approach makes us very different,” Warner says. “We’re not smarter or better, but we certainly are different, and if we do things differently, we’ll get different results.”

Comments
Maria V. Papadopoulou, PhD (November 19, 2014 3:44 PM)
I am lucky to know Dr. Warner in person, when he was a graduate student in Dr. E.C. Taylor's lab. He was an extremely smart person with broad scientific interests, not to mention his artistic interests as well! I want to congratulate John for his great achievement in the fascinating field of Green Chemistry, which, I absolutely agree, should be part of our formal chemistry training.
Reply »