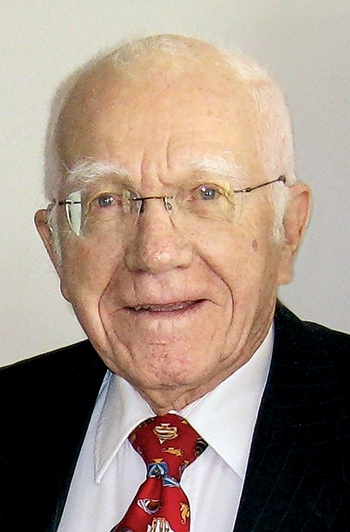 Born in Ware, Iowa, Vial received a bachelor’s degree in chemistry from the University of Maryland, College Park, in 1942. He then served in the Army Air Corps during World War II, receiving a Distinguished Flying Cross and an Air Medal. He earned a Ph.D. in organic chemistry at the University of Illinois, Urbana-Champaign, in 1948.

Vial spent the bulk of his career in the Rubber Chemicals Division of American Cyanamid, in Bound Brook, N.J. Working as a research chemist, he focused on elastomers, and he received a patent in 1978 for a novel polyurethane curative. Vial retired in 1986.

He was an emeritus member of ACS, maintaining his membership for 68 years.

Vial was a corecipient of the Leslie “Bud” Vivian Memorial Award in 2000 for his work in support of Princeton Community Housing. He was a longtime volunteer for Recording for the Blind & Dyslexic and an active member of Nassau Presbyterian Church in Princeton, N.J.

He was a sailor, pilot, woodworker, photographer, mechanic, bread baker, and gardener as well as a fan of any baby who crossed his path. He will be remembered for his life of service and conviction, his quiet good humor, and his generous spirit.