COLOR COORDINATED
[+]Enlarge
Credit: Solvay
Many cleaning products have vibrant colors that polymers must not alter. 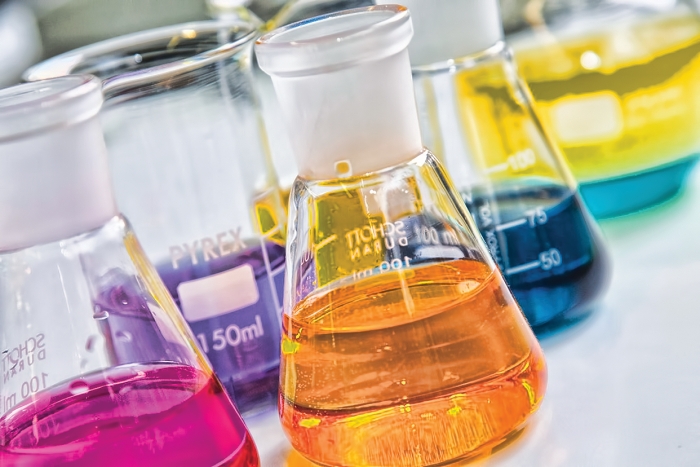 Credit: Solvay
Many cleaning products have vibrant colors that polymers must not alter.

The American Cleaning Institute’s annual meeting and industry convention is not like other conventions.

Yes, it’s got its breakfast speakers and evening receptions. It’s got an issues briefing and a golf tournament. But there are no technical sessions, just a smattering of committee meetings. There are no exhibitor booths or technology pavilions or speaker lineups.

Instead, the convention, which took place late last month in Orlando, offers hallways lined with meeting rooms. In these rooms, executives from cleaning product companies sit down with their counterparts from chemical firms that supply them with raw materials. Behind doors that are firmly closed, they discuss plans for the year ahead, tout new technology, hash out contracts, and haggle over prices.

The meetings extend from morning until night, often on a rigid schedule that doesn’t change from year to year. Executives complain that they can go for days without actually stepping out into the Florida sun.

A few of those executives took a break from their regular meetings this year to meet with C&EN. The discussions, over a hasty meal or with eyes nervously watching the clock, were of polymers.

Synthetic polymers are the secret sauce of many cleaning products. Added in quantities of just a percent or two, they impart qualities that can’t be obtained from primary ingredients such as surfactants and solvents. Polymers can be the difference between a label that merely proclaims cleaning and a label that promises whiter whites or unsurpassed shine.

Polymers aren’t solo actors, cautioned Dirk Buengel, head of BASF’s care chemicals business in North America. Yes, they are an integral part of a cleaning formula and can offer customers a point of differentiation. “But at the end of the day, it’s how you combine polymers with chelating agents, with surfactants, with enzymes,” he said.

BASF, the world’s largest chemical company, supplies all of those ingredients. The firm did not reveal information about specific polymers at the meeting but rather claimed that its wide portfolio makes it a go-to chemistry partner for cleaning product firms. “That’s where the power of BASF lies,” Buengel said.

Other companies were more willing to talk up individual ingredients. Executives from Solvay, for example, came to the ACI meeting with news about polymers.

Solvay has long marketed a line of specialized polymers, called Repel-O-Tex, that are added to laundry detergents at a level of 1.0–1.5%. Once in the wash water, these polyesters latch onto synthetic fabrics, imparting soil-release properties that prevent greasy dirt from adhering to garments during everyday wear.

At the ACI meeting, Solvay introduced customers to Repel-O-Tex PB1. It’s a new polymer that combines the soil repellency of the traditional Repel-O-Tex line with a performance-boosting effect for the surfactants in a laundry detergent.

Florence Lambert, innovation director for home and personal care at Solvay, explained that, among other things, the firm’s chemists lowered the molecular weight of the standard Repel-O-Tex. The resulting polymer has affinity both for the fabric being washed and for the surfactant in the detergent; the effect is to guide the surfactant to the fabric.

Surfactant molecules that might have been idly floating in the wash are now engaged in cleaning. “We use the interaction with the surfactant to create a species that is more active,” Lambert said. “It’s not the polymer alone.”

Another Ashland polymer, Jaypol HN70, was being offered to developing-world formulators of powdered laundry detergents, which often contain sodium carbonate as a sequestering agent.

“Sodium carbonate reacts with hard water in situ, leading to the formation of calcium carbonate in the wash cycle,” said Michael Standish, innovation manager for the firm’s home care business. When added at levels of up to 1%, HN70, an acrylic-maleic acid copolymer, can reduce calcium carbonate deposits on clothing.

Lubrizol was a newcomer to the ACI convention. But Sanjay Kalhan, director of Lubrizol’s home care business, said the company has been active in the field for more than 30 years with products such as its Carbopol thickening polymers for liquid or gel cleaning products.

The firm’s goal in coming to the convention, Kalhan said, was to establish better contacts with key customers and suppliers and to discuss new Lubrizol technologies.

One new product is Noverite 100, an acrylic-urethane copolymer that is customized for hard-surface cleaners. Noverite 100’s sweet spot, Kalhan said, is wood, where it protects against scratching, imparts stain resistance, and makes subsequent cleaning easier.

Lubrizol is also working on products to prevent dirt that has been removed from fabric from depositing elsewhere in the wash load. Anti-redeposition, as this function is known, is one of the oldest jobs for cleaning polymers, but it continues to be of interest as wash temperatures and wash water volumes fall.

Nilesh Shah, director of R&D for Dow Chemical’s consumer and industrial solutions business, is a veteran of the home care ingredients business who has watched anti-redeposition polymers evolve.

Redeposition is a real problem, Shah emphasized. “Clothes are like a big filter that wash water goes through during the spin cycle.” Soil that isn’t dispersed and salts formed by ions that aren’t sequestered will just reattach to the garments, causing telltale graying and yellowing.

Back in the days when clothes were washed with powdered laundry detergents in large top-loading machines, simple acrylic homopolymers were enough to keep soil and salts dispersed. But chemical makers have struggled to create polymers that are both compatible with concentrated liquid detergents and effective in the low-water front-loading machines increasingly found in the laundry room.

Dow’s answer to these challenges is called Acusol 845. Shah is coy about its chemical composition, but company literature calls it a methacrylic acid-ethyl acrylate copolymer. What Shah will say is that the product’s hydrophobic nature helps it overcome the incompatibility with surfactants that plagues conventional acrylic anti-redeposition agents in concentrated detergents.

Acusol 845 was just one of many polymers being talked about inside the meeting rooms in Orlando last month. We may never know what goes on behind those closed doors, but the next time “new and improved” appears on a cleaning product label, it’s likely that a polymer discussed there can take some credit.

Consumer Products
Updating innovation in the cleaning product industry
Business
Transferring Chemistry From Body To Home
Business
Cleaning Products Beckon As A Chemical Market
Share X
To send an e-mail to multiple recipients, separate e-mail addresses with a comma, semicolon, or both.
Title: Behind Closed Doors
Author: Michael McCoy
Chemical & Engineering News will not share your email address with any other person or company.

Comments
Smita Brijmohan (February 13, 2014 3:30 PM)
Great article.
I work with the Home Care Group at Lubrizol Corporation. I noticed for all the other companies mentioned in this article, a link to their website is embedded in the name of the company (in Teal). However, it is not the same for Lubrizol. Is there a reason for that?
Reply »

Smita Brijmohan (February 13, 2014 3:33 PM)
Great Article!
I work in the Home Care Group at Lubrizol. I noticed that for all the companies mentioned in this article, a web link to the company's website has been embedded in the name. But this is not the case for Lubrizol. Can a weblink for Lubrizol be embedded in the same way?
Reply »