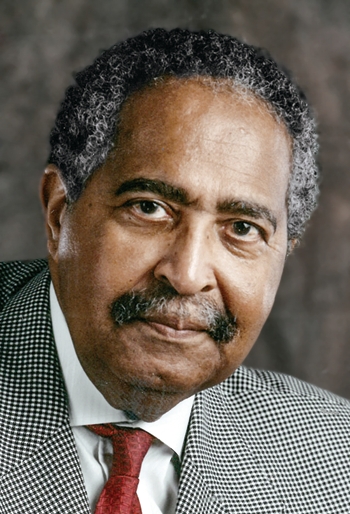 Franklin E. McCain Sr., 73, a pioneer in the civil rights movement and a retired Celanese Corp. chemist, died on Jan. 9 after a brief respiratory illness at a hospital in Greensboro, N.C.

In the scientific world, McCain was an engineer, chemist, and account manager for the former Celanese acetate filament unit in Charlotte, N.C., for 34 years. Born in Union County, N.C., McCain earned a B.S. in biology and chemistry from the all-black Agricultural & Technical College of North Carolina (now North Carolina A&T State University).

However, it was as a freshman at NCA&T that McCain left his greatest mark. As African American college students in the Jim Crow South, he and his classmates would often discuss racial injustices and the failure of society to rectify them.

“We finally felt we were being hypocritical because we were doing the same thing that everyone else had done, nothing,” he later told the Greensboro News & Record. “Up to then, we were armchair activists.”

So on Feb. 1, 1960, Franklin and three other NCA&T science students sat down at the “whites only” lunch counter of a local five-and-dime F. W. Woolworth store and asked to be served. They were not.

The Greensboro Four, as they became known, came back day after day, with reinforced numbers to fill more of the 65 lunch counter seats. Within the first week of the peaceful demonstration, at least 1,000 people had joined the protest.

[+]Enlarge
Credit: Jack Moebes/Greensboro News & Record
McCain (second from left) is joined by Joseph A. McNeil (from left), William Smith, and Clarence Henderson at the Woolworth’s “whites only” lunch counter on the second day of the Greensboro sit-in. 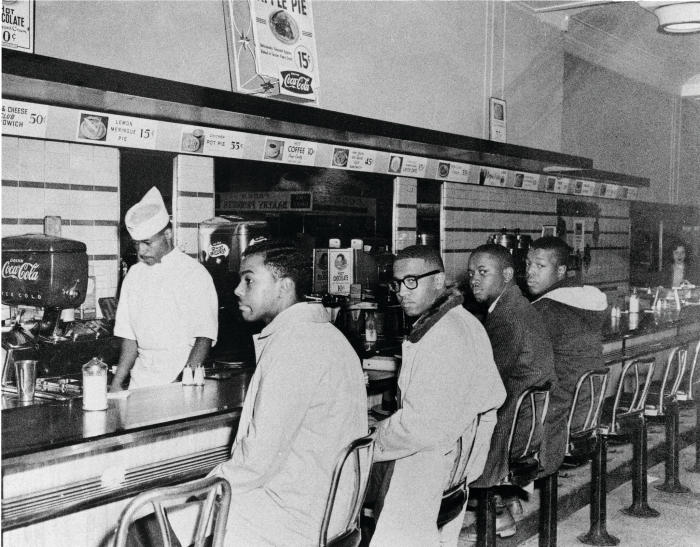 Credit: Jack Moebes/Greensboro News & Record
McCain (second from left) is joined by Joseph A. McNeil (from left), William Smith, and Clarence Henderson at the Woolworth’s “whites only” lunch counter on the second day of the Greensboro sit-in.

McCain and his fellow protesters were not the first to stage a sit-in. Activists had tried to integrate lunch counters in several southern states in the wake of the 1954 Brown v. Board of Education ruling that desegregated schools. But the Woolworth’s protest, by many accounts, had the widest impact, gaining broad media attention and inspiring college students and other young people to speak up and take action across the country.

Nearly six months later, on July 25, 1960, Woolworth’s served its first black customers in Greensboro and integrated all of its stores. The Greensboro lunch counter is now on display at the Smithsonian National Museum of American History in Washington, D.C. The Woolworth building itself became the International Civil Rights Center & Museum.

But McCain didn’t stop with one victory. He had a lifelong dedication to social justice and education. Although not as often in the public eye in later years, he spoke out on equal rights. He also chaired the North Carolina regional committee of the National Association for the Advancement of Colored People (NAACP) Legal Defense Fund, mentored Charlotte students, and served on both the University of North Carolina Board of Governors and his alma mater’s board of trustees.

The contribution of McCain and the other Greensboro Four members is historically profound, and his “legacy of courage is a vital part of North Carolina NCA&T history and the history of this nation,” says Margaret Kanipes, the current NCA&T chemistry department chair. “Equally profound is his work as a student there. He was acutely focused as a student, and his 35-year career as a chemist and executive with Celanese is evidence of his commitment to the fascinating world of chemistry.”

“He was a civil rights pioneer who worked to improve the world,” says Celanese spokesman Travis Jacobsen. “It’s an honor to say that he was a Celanese employee.” At the company, McCain worked in a variety of chemistry research and sales positions.

McCain received many awards, including the NAACP Achievement Award and North Carolina’s highest civilian honor, the Order of the Long Leaf Pine Award.

In a 2005 congressional recognition of members of the Greensboro Four, Rep. Sheila Jackson Lee (D-Texas) compared them to Rosa Parks and Jackie Robinson and said: “This single act forever changed the way black Americans were able to live in society. … This small act of peaceful defiance inspired others to act in protest and became a tidal wave for change.”

Despite his wide recognition, McCain told the online African American magazineThe Root that he could always have done more social justice work in his life. “I’m not too much for retrospective because it won’t change anything,” he said in an article commemorating the sit-in’s 50th anniversary. “Look around you. Do you see things that are not just? Do something about it.”

“The best feeling of my life,” McCain told the Associated Press in 2010, was “sitting on that dumb stool.”

His wife of 48 years, Bettye Davis McCain, died in 2013. He is survived by three sons, Franklin, Wendell, and Bert, and six grandchildren.

Profiles
Jaime Irick, a PPG executive, on the chemical industry’s response to racism and discrimination
Diversity
Turning isolation into inclusion
Pollution
The rise of environmental justice
Share X
To send an e-mail to multiple recipients, separate e-mail addresses with a comma, semicolon, or both.
Title: Civil Rights Pioneer Dies At 73
Author: Sophia L. Cai
Chemical & Engineering News will not share your email address with any other person or company.