[+]Enlarge
Credit: Adam Even Engel
Selfie: Engel on the set of the “Daily Show.” 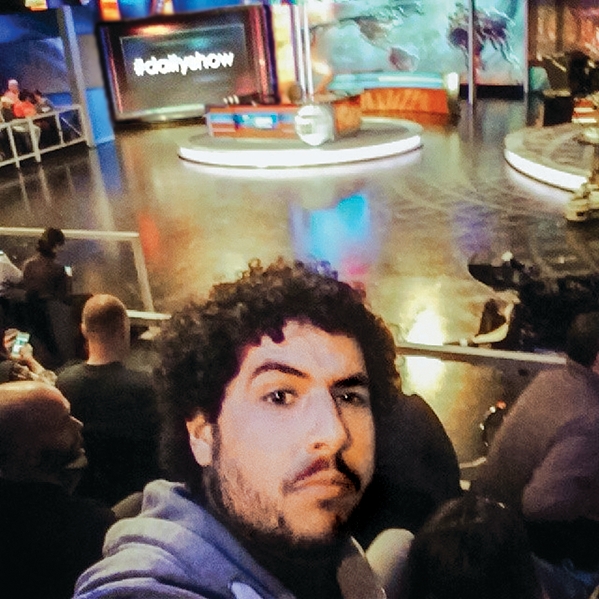 Credit: Adam Even Engel
Selfie: Engel on the set of the “Daily Show.”

Boston University chemistry graduate Adam Even Engel wants to be a chemistry teacher. Fortunately for the 23-year-old, he got a leg up in a tough job market when he received the reference of a lifetime—from “Daily Show” host Jon Stewart.

It all started on Jan. 20, when Engel and his friends attended a taping of the “Daily Show.” Just before the cameras began to roll, Stewart asked the studio audience if anyone had questions for him. “I shoot my hand up and ask, ‘Mr. Stewart, as a recent graduate, how do I get my Jewish mother off my back about finding a real job?’ ” Engel recalls.

That query led to a five-minute conversation about Engel’s aspirations to become a chemistry teacher. In college, Stewart was a chemistry major before switching to psychology, so he took interest in Engel’s plight.

When the show finally began, Stewart looked straight into the camera and said: “If your school is currently looking for a chemistry teacher, I want you to call us. I got a guy over here, Boston University. Seems smart—could have shaved. He’s a chemistry major. He’s looking for a job in chemistry. So if you need a chemistry teacher, contact us and I will finally get this [expletive] kid out of his parents’ house.” (To see the clip, go to http://bit.ly/1lXgVAC.)

That plug caught Engel and his friends completely off guard. “Our jaws dropped; our eyes were wide open,” Engel says. “I straight-up couldn’t breathe for a solid two minutes.”

Even though Stewart didn’t mention Engel by name or show his face on camera, a producer asked Engel to leave his contact information in case someone called.

He hasn’t heard anything yet. But several friends have jokingly asked Engel for his autograph. “I’m looking at it all with a healthy dose of skepticism,” he says. Engel is currently applying to graduate schools in education and for teaching fellowships.

What’s more important, Engel says, is that Jon Stewart has given more exposure to chemistry teachers. “If it gets even one person more interested in the idea of chemistry or chemistry education, I’d call that a win.”

This year marks the International Year of Crystallography (IYCr), which celebrates the 1914 Nobel Prize in Physics, given to Max von Laue for the “discovery of the diffraction of X-rays by crystals.” Countries around the world are issuing special stamps to commemorate the centennial. 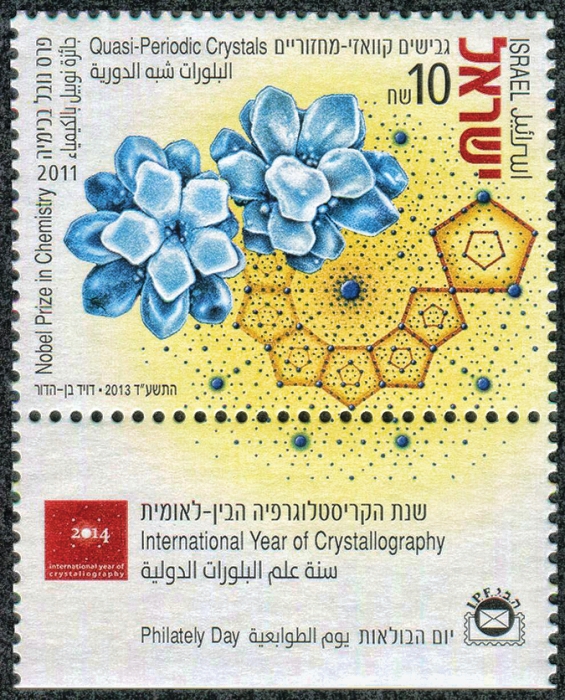 According to Daniel Rabinovich, chemistry professor at the University of North Carolina, Charlotte, and an avid collector of chemistry stamps, Israel issued the first IYCr postage stamp on Dec. 3 of last year. It depicts a flowerlike electron microscope image of icosahedral quasicrystalline aggregates of an aluminum-manganese alloy. The background for the “flowers” is an electron diffraction pattern of an icosahedral quasicrystal.

India has also issued a commemorative stamp, which features an X-ray structure of curcumin, the main ingredient of the spice turmeric. In addition, Rabinovich tells Newscripts, Slovakia will release a stamp in mid-February, and Switzerland is issuing a pair of stamps in March featuring minerals. Belgium will also be issuing two stamps in June depicting ice crystals.

Stamps are just one way to celebrate IYCr. Many organizations are sponsoring crystal-growing competitions. The Chemical Institute of Canada, for example, is sponsoring its National Crystal Growing Competition in October and November, and the Molecular Structure Laboratory of the University of Wisconsin, Madison, will be hosting the Wisconsin Crystal Growing Competition for high school students in April and May.

Comments
marcia colquhoun (February 18, 2014 2:30 PM)
The American Crystallographic Assn. will bestow it’s 2014 Elizabeth A. Wood Science Writing Award on Daniel Rabinovich, from the University of North Carolina, Charlotte, during its upcoming annual meeting in Albuquerque, NM, May 24-28. The Wood Award is presented every three years to science communicators who engage in activities aimed at promoting science to a broad audience. Dr. Rabinovich will speak on Monday, May 26, at 8:00am
Reply »