Dispute between Materia and Evonik underscores the value of patent protection 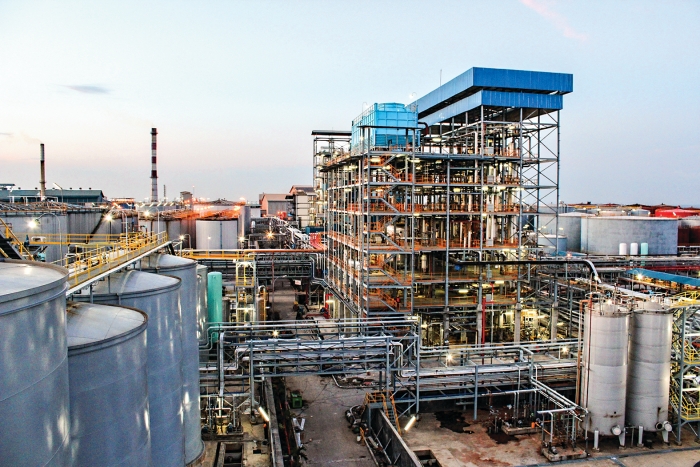 “What’s important to know about a patent is that it simply gives you an opportunity to defend yourself in a court of law. Get it out of your mind if you think it will keep you out of court.”

That’s the view of Judith C. Giordan, a partner in the venture capital firm ecosVC and a former head of R&D at Henkel, PepsiCo, and International Flavors & Fragrances. Given her background, she knows a lot about the intellectual property landscape.

Executives at Materia, a start-up firm with a license to the olefin catalysis patents of Nobel Prize-winning chemist Robert H. Grubbs at California Institute of Technology, would have to agree with Giordan’s assessment. Materia is fighting a patent infringement case brought by Evonik Industries, a much larger chemical firm based in Germany.

The case serves as a cautionary tale about the obstacles that start-ups may encounter. Entrepreneurs and intellectual property lawyers who are familiar with the case and others like it advise that a solid patent portfolio is the best protection a small firm can have.

Patent disputes among chemical industry competitors are not rare, though most involve big companies. In the past year alone, DuPont and Heraeus fought over rights to metallization pastes used to make solar panels. Invista and Mossi & Ghisolfi sparred over resins used for food packaging. The small instrument-maker Wyatt fought with bigger competitor Malvern over instrumentation technology.

Materia’s fight with Evonik, now in U.S. Federal Court in the District of Delaware, is over ownership of patents on ruthenium-based olefin metathesis catalysts used to make millions of dollars’ worth of plastics and specialty chemicals.

Olefin metathesis is a reaction that promotes the formation of carbon-carbon double bonds. Chemical companies value metathesis because it allows clean, inexpensive, and efficient production of green chemicals and materials. The specialty chemical maker Elevance Renewable Sciences, which recently opened a large palm-oil-based biorefinery in Indonesia, licenses technology covered by both Materia’s and Evonik’s metathesis patents to refine its oil. Elevance was founded by Materia and agribusiness firm Cargill.

In 2009 and again in 2010, Evonik sued Materia and Elevance for infringing patents based on the work of Wolfgang A. Herr­mann, an inorganic chemist and the president of the Technical University of Munich. The patents in dispute cover catalysts consisting of an alkylidene ruthenium complex coordinated with an N-heterocyclic carbene ligand.

The dispute is about the ownership of valuable catalyst patents. It is also about a large firm asserting its patents against a smaller competitor. Grubbs tells C&EN that as a consequence of the dispute, funds are now going to lawyers that should instead be going to the chemists and engineers who actually advance new technology.

“I think that smaller companies always prefer to avoid disputes,” says Mark S. Trimmer, executive vice president of Materia. “But sometimes you can’t avoid them.” Materia and Evonik have discussed settlement before and during the court case, he adds, but have not come to terms. Evonik declined to comment on settlement talks.

Often the decision on whether to settle and license or cross-license patents with competitors is a business decision, notes Charles E. Miller, an intellectual property lawyer at Sills, Cummis & Gross. “Is the cost of litigating and winning greater or less than the cost of taking a license?” he asks.

In Elevance’s case, the firm was initially included in Evonik’s legal challenge because Elevance had a license to Materia patents.

Elevance decided that the potential cost of a fight with Evonik was greater than the cost of a license. So in July 2010, a little more than a week after Materia announced a deal to build its Indonesian biorefinery, Elevance penned a licensing deal with Evonik and was subsequently dropped from the patent suit.

“The reality is that chemical patent litigation tends to be complicated and expensive,” says Kendrew H. Colton, a partner at the intellectual property law firm Fitch, Even, Tabin & Flannery. The cost to litigate some very complicated cases can sometimes exceed $300,000 a month, Colton adds.

But settling isn’t cheap either. Although full terms of the license were not disclosed, documents Elevance filed with the Securities & Exchange Commission show that it agreed to pay Evonik $300,000 in 2013. Elevance had also been paying Materia annual payments of $250,000 and was to start paying $8 million annually in 2013. Elevance continues to license Evonik’s patents but won’t say how much it now pays.

Mark Vreeke, cofounder of the Chemical Angel Network, which invests in start-up firms, points out that small firms are not often sued by larger competitors. “The smaller company has no value other than its technology,” he says. “If you sue someone, you want to sue an IBM or a General Electric.” But small companies do get sued when it becomes clear that their technology is valuable, Vreeke notes.

The Evonik-Materia patent dispute centers on the composition of ruthenium-based olefin metathesis catalysts containing N-heterocyclic carbene ligands like those shown.

The patent fights between Materia and Evonik heated up over the past six years as Elevance attracted hundreds of millions of dollars in investments to commercialize Materia’s olefin metathesis technology. But the earliest battles started about a decade ago in the U.S. Patent & Trademark Office over who owned rights to certain ruthenium catalysts.

Materia’s lawyers charged that, over the years, Evonik selectively broadened its patent claims so they would “dominate catalysts that Evonik did not invent.” Evonik’s lawyers contend that the patent amendments don’t make as much difference as Materia claims and were merely intended to clarify the patent application.

The U.S. court hasn’t set a trial date yet, Materia’s Trimmer says. However, in Europe, the battle between Materia and Evonik is over. On Feb. 2, 2012, the Board of Appeals of the European Patent Office (EPO) revoked Evonik’s European patent based on the work of Herrmann, the Technical University of Munich chemist.

EPO concluded that “none of the applications presented in the proceedings is patentable for reasons of lack of an inventive step.” Evonik contends that it has numerous other similar patents, including in Germany, although the company declines to provide examples.

The dispute between Materia and Evonik points out how important patents are to the long-term survival of technology firms. While big firms have numerous business relationships and market presence to help them maintain their businesses, smaller firms have only their intellectual property position.

As the case illustrates, the world is fraught with many dangers for start-up firms—including patent disputes with larger competitors—cautions Patrick McCarthy, chief executive officer of Pittsburgh-based ATRP Solutions, a start-up polymer firm. “I really don’t know how you avoid a bigger company trying to shut you down.”

What is important to know, McCarthy points out, is that protecting intellectual property is about more than just patents. It is also about developing proprietary manufacturing processes and the know-how needed to get an invention to work, he says. Even then, he says, no company can be sure that as it grows it won’t be confronted with patent challenges.

Scott P. Lockledge, an entrepreneur who has been involved in a number of start-ups, says small firms need an unassailable patent portfolio. While with one start-up company, he succeeded in licensing technology to a large firm, but only after the large firm did a very careful check of the smaller one’s patents.

Lockledge, who is now CEO of Tiptek, an Urbana, Ill.-based start-up that is developing ceramic-coated atomic force microscopy probes, advises other small firms to get the best attorneys to write and file patents.

Giordan, the venture capitalist, agrees. “You want the best possible attorney,” she says, “even if it means spending an enormous amount of money to get a good patent.”