George A. Olah Award In Hydrocarbon Or Petroleum Chemistry

Sponsored by the George A. Olah Award Endowment 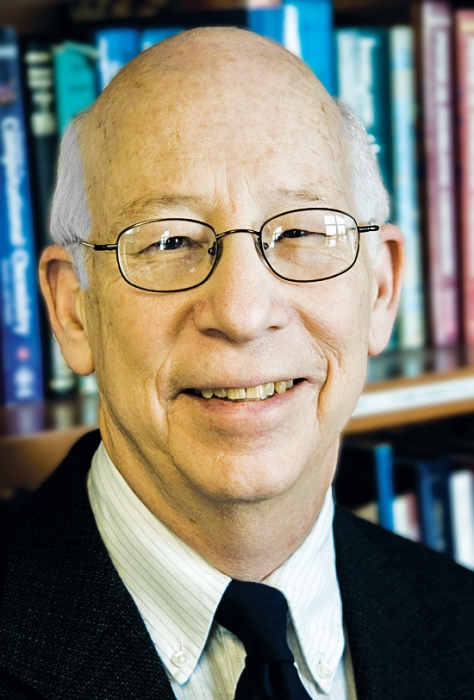 Robert G. Bergman is a preeminent organic and organometallic chemist who has made a large number of groundbreaking contributions to chemical science, especially hydrocarbon chemistry. “His discoveries are viewed as truly major achievements by chemists around the world,” says K. Peter C. Vollhardt, chemistry professor at the University of California, Berkeley.

Bergman, the Gerald E. K. Branch Distinguished Professor of Chemistry at UC Berkeley, is probably best known for his discovery of the thermal cyclization of cis-1,5-hexadiyne-3-enes to 1,4-dehydrobenzene diradicals, a transformation that others later identified as a crucial DNA-cleaving reaction in several antibiotics that bind to nucleic acids.

Since the mid-1980s, pharmaceutical researchers have referred to this transformation as the Bergman cyclization and recognized it as a prototype for the first step in the mechanism of DNA damaging by various classes of antitumor agents. As a result, hundreds of ene-diyne compounds are being tested as drugs.

Bergman, 71, is also acclaimed for his discovery of the first soluble organometallic complexes that undergo intermolecular insertion of transition metals into the carbon-hydrogen bonds of alkanes, as well as for his work on the synthesis and cycloaddition reactions of complexes with metal-heteroatom multiple bonds.

In recent years, his research has focused on the application of carbon-hydrogen bond activation to problems in synthetic organic chemistry, nanovessel catalysis, and methods for the conversion of biomass to fuels and commodity chemicals.

“I am especially pleased to receive this award because I have known and respected the research of George Olah, the person it is named for, for many years,” Bergman says.

“Even though I never thought of myself as a hydrocarbon chemist, the award made me think about how much of my research, in both organic and organometallic chemistry, involved the chemistry of hydrocarbons,” he remarks.

This includes the cyclopropane rearrangements reported in Bergman’s first independent publications, the discovery of the enediyne-to-1,4-dehydrobenzene diradical conversion, and carbon-hydrogen bond activation reactions that occur in homogeneous solution and in the cavities of self-assembled supramolecular clusters.

“My career owes a lot to the chemistry of molecules that bear only carbon and hydrogen atoms,” Bergman says.

A member of the National Academy of Sciences and the American Academy of Arts & Sciences, the UC Berkeley chemist has received many accolades in his career, including the Dreyfus Foundation Teacher-Scholar Award and the John C. Bailar Jr. Medal from the University of Illinois.

The American Chemical Society has given him its Award in Organometallic Chemistry, the Arthur C. Cope Award, and the James Flack Norris Award in Physical Organic Chemistry.

After completing his undergraduate studies in chemistry at Carleton College in 1963, Bergman received a Ph.D. at the University of Wisconsin in 1966. He spent 1966–67 as a North Atlantic Treaty Organization Fellow in Ronald Breslow’s laboratories at Columbia University.

Following that, he went to California Institute of Technology as a Noyes Research Instructor.

Bergman will present the award address before the Division of Organic Chemistry.