AT BAY
[+]Enlarge
Credit: PCI Synthesis
Production vessels stand by as a burgeoning analytical chemistry team at PCI Synthesis tunes up the process for NBMI. 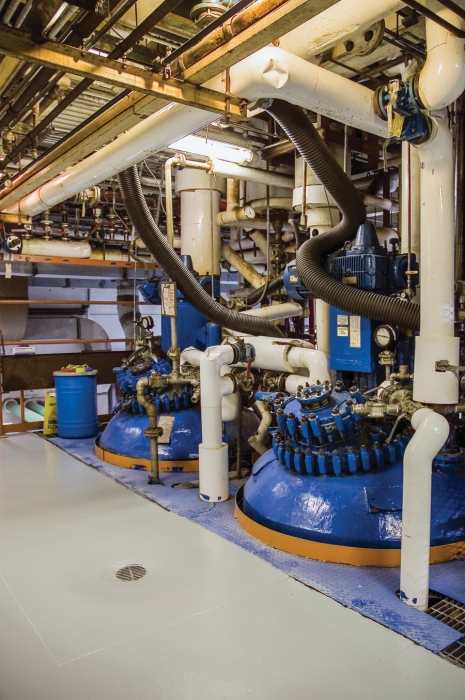 Credit: PCI Synthesis
Production vessels stand by as a burgeoning analytical chemistry team at PCI Synthesis tunes up the process for NBMI.

David Atwood, a chemistry professor at the University of Kentucky, was shocked to learn that there was no industrial chelator that worked with mercury. This intelligence came in 1994 from a geology postdoc working in his lab on chelators for the coal-fired power industry. “I said: ‘Are you kidding me?’ ” Atwood recalls. “We had known for 2,000 years that mercury was toxic. I’d assumed we had this thing solved as chemists.”

Working on a solution, Atwood’s lab went through more than 50 compounds before discovering N,N'-bis(2-mercaptoethyl)isophthalamide (NBMI), a compound with two sulfur atoms that bind strongly to mercury. “This was the best of the group,” Atwood says. “And to this day, it is still the very best mercury chelator I have ever seen or read about.”

It posed challenges in environmental remediation applications because of limited water solubility. But it was NBMI’s other attributes that Boyd E. Haley, head of Atwood’s department, picked up on. It formed an insoluble mercury complex that is nontoxic, suggesting that NBMI might be safe and effective in biological applications. The compound, Haley learned, also crosses the blood-brain barrier and permeates bone marrow.

Haley licensed the compound from the university in 2006 and formed CTI Science with help from a private investor. CTI’s goal was to investigate medicinal uses for the compound with an eye toward developing therapies for mercury poisoning. The company got started, however, selling NBMI as an antioxidant for nutritional supplements.

On the basis of a battery of animal tests, Haley determined that the compound is safe and capable of triggering a dramatic decrease in oxidative stress. Rats in his lab were given redundant lethal levels of mercury and 20 minutes later a subcutaneous injection of NBMI. “There was no death, tremors, ataxia, weight loss,” Haley says. “It gave massive protection.” Upon filing the necessary premarket notification with the Food & Drug Administration, Haley began selling small quantities of the compound to doctors and dentists in 2008.

To do so, Haley had hooked up with PCI Synthesis, a Newburyport, Mass.-based contract manufacturer. The first challenge for PCI, he says, was eliminating chloroform, which Haley had been using as a solvent to manufacture NBMI in his lab. PCI also increased the yield to 98% from a level below 80% achieved in Haley’s lab. Finally, PCI isolated the material in a powder form that could be made into capsules. 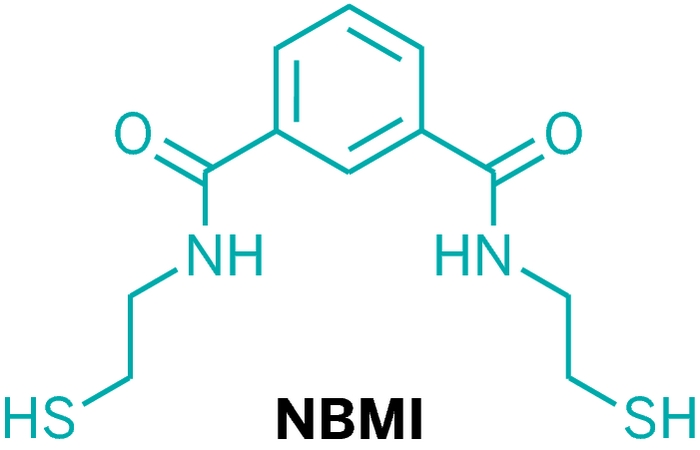 Biological application: Antioxidant, under development as a mercury poisoning therapy

Sales to date: $1.5 million, as a nutritional supplement

The effort to develop the compound as a mercury poisoning therapy accelerated in 2010 when the company received notification from FDA that it couldn’t market NBMI as a nutritional supplement until it underwent the full drug approval process. CTI determined that the fastest track would be to pursue approval by the European Medicines Agency prior to submitting to FDA. It has filed an Investigaional Medicinal Product Dossier with EMA—the equivalent of a New Drug Application with FDA—and hopes to begin clinical trials later this year in Sweden.

Preparing for trials meant a shift to production that complies with current Good Manufacturing Practices (cGMP), which is well within PCI’s purview. But it also meant going back to the drawing board on process design and the addition of a battery of analytical testing.

Preparing for submission to EMA and FDA meant really digging into the molecule, according to Edward S. Price, PCI’s chief executive officer. “It was not well understood what the FDA was going to require for a compound such as this,” he says. “The main starting material is cysteamine hydrochloride, which is basically an amino acid and found naturally. So it has attributes that could qualify it as a natural product.” But there is also a lot of chemistry involved in its manufacture. “The project has had a number of technical challenges.”

The primary challenge was the removal of impurities to a level that meets cGMP standards. PCI needed to identify, extract, and analyze impurities that were close in composition to the product itself, Price says. Purification was complicated by dimers and trimers of NBMI that were formed in preparing the analytical batches.

In the face of these challenges, PCI’s analytical group took the catbird seat.

“Analytical and synthesis have to work hand in hand,” Price says. “You don’t know if your synthesis guys are doing a good job if you can’t see what they’re doing.” PCI has significantly boosted its analytical chemistry staff over the past four years, Price says, and the firm now has nearly as many analytical chemists—about 20—as process chemists.

Mehdi Yazdi, director of analytical chemistry at PCI, who joined the company in 2011, says the firm’s work for small clients such as CTI is picking up. “Since I have been here, we’ve revamped the whole analytical department,” Yazdi says. PCI has replaced nuclear magnetic resonance testing with high-performance liquid chromatography, he notes, a shift that proved crucial in developing NBMI to FDA standards.

Haley says he has been impressed with PCI’s responsiveness on a project that has provided the contract manufacturer with only sporadic work so far. He is hoping, as is Price, that demand for the compound will increase.

Given FDA’s ramp-up in safety demands, the road PCI took on clinical quality is increasingly being traveled, according to Price. He notes that regulators in recent years have banned 300 drugs commonly used 40 years ago. Notices to nutritional supplement suppliers requiring them to attain full drug approval, such as the one received by Haley’s company, are becoming more common, he says.

Meanwhile, back at the University of Kentucky, Atwood says he is pleased with developments at CTI. He also notes that NBMI’s use in environmental remediation is still being pursued by a firm called Covalent Research Technologies. An initial attempt to use NBMI in the removal of mercury from flue gas in synthetic fuel plants did not result in cost-effective technology, but Covalent retains the license for NBMI and is working on a water filtration system for the removal of mercury and arsenic(III).

Pharmaceuticals
From The Lab To The Production Plant
Pharmaceuticals
Staying On Track
Pharmaceuticals
Trace Metals Debate
Share X
To send an e-mail to multiple recipients, separate e-mail addresses with a comma, semicolon, or both.
Title: A Mercury Chelator
Author: Rick Mullin
Chemical & Engineering News will not share your email address with any other person or company.