Flock Of Fecal Contaminators
[+]Enlarge
Credit: Environ. Sci. Technol.
Geese that migrate past Lake Miyajimanuma in Hokkaido prefecture, Japan, leave behind fecal matter that can carry Escherichia coli and other potentially pathogenic bacteria. A new method helped researchers track the levels of contamination in the lake, which feeds irrigation channels for nearby farms. 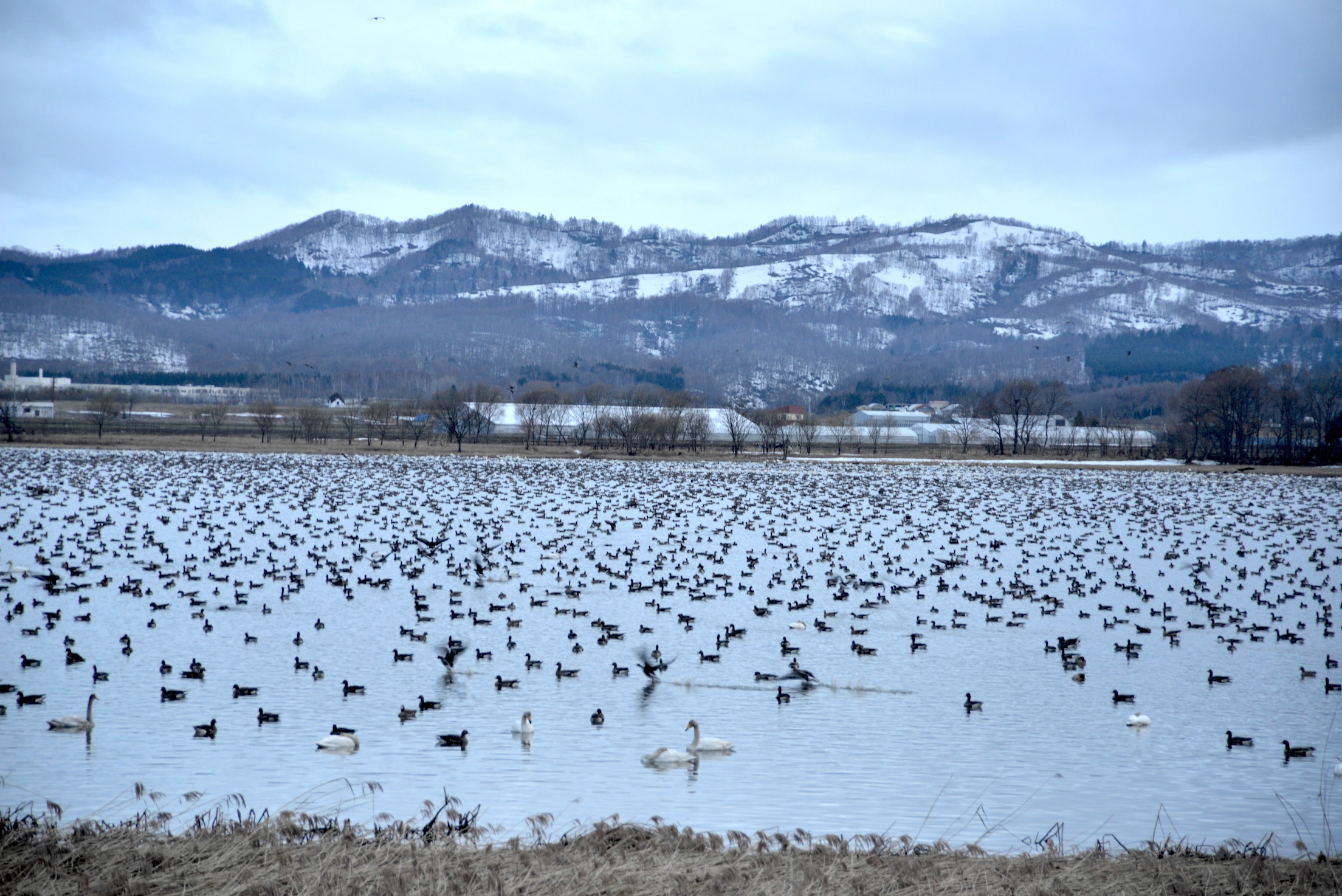 Credit: Environ. Sci. Technol.
Geese that migrate past Lake Miyajimanuma in Hokkaido prefecture, Japan, leave behind fecal matter that can carry Escherichia coli and other potentially pathogenic bacteria. A new method helped researchers track the levels of contamination in the lake, which feeds irrigation channels for nearby farms.

Sewage leaks and animal feces carry pathogens that can contaminate beach water as well as streams and other freshwater sources used for drinking and irrigation. To monitor water for harmful bacteria, scientists look for certain bacterial species, usually Escherichia coli, found in feces. But this method isn’t always reliable, sometimes missing contamination risks or even overstating them. Researchers now report a more accurate approach: a microfluidic technique that can quickly detect a whole suite of pathogens at once in environmental water samples (Environ. Sci. Technol. 2014, DOI: 10.1021/es500578s).

Measuring E. coli levels has become the go-to indicator of fecal contamination, says Satoshi Ishii of Hokkaido University, in Japan. Unfortunately, other pathogens might be present even when E. coli is absent, he says. Plus, culturing a water sample to look for pathogens can take a long time, which means scientists can’t get timely snapshots of the bacterial populations in a body of water.

Last year, Ishii and his colleagues demonstrated a more direct method, analyzing water spiked with known pathogens (Appl. Environ. Microbiol. 2013, DOI: 10.1128/AEM.00205-13). In the method, they first extract the DNA from water samples and then amplify snippets of certain virulence genes from target pathogens. The researchers add the amplified DNA to a microfluidic chip, flowing it through thousands of nanoliter-sized containers. In these containers, the pathogen virulence genes are amplified further using quantitative polymerase chain reaction (qPCR), which allows the team to measure the amount of each gene.

The team now reports real-world tests of the technique on water taken from a small lake that feeds irrigation channels for an agricultural area in Hokkaido prefecture, Japan. They picked the lake because greater white-fronted geese migrate through the area, leaving their feces in the water. The researchers took water samples during different seasons and scooped up samples of the geese’s feces to determine the pathogens the birds might add to the lake. The team used the new detection method to look for 17 virulence genes specific to pathogens, including E. coli, Legionella, and Campylobacter. They used conventional qPCR to confirm the results from the chip.

The method returns results in about six hours and has a detection limit of about 100 copies of a virulence gene in a liter of water. Some of the pathogens from the geese feces did not always correlate with the presence of E. coli, which means standard fecal indicator tests would have missed the contamination. In general, some pathogens, including E. coli, lingered at high enough levels after the geese flew off that the team suggests that the water should not be used for growing fresh vegetables.

The researchers show that the method “is useful for a real application for assessing health risks,” says Alexandria B. Boehm, an environmental engineer at Stanford University, who has been working with similar qPCR techniques for ocean settings. She was impressed by the method’s detection limit. She hopes the team will work out an automated version of the apparatus that can also detect viruses.